Amazon's website ran into some early snags Monday on its much-hyped Prime Day, an embarrassment for the tech company on the shopping holiday it created.

Shoppers clicking on many Prime Day links after the 3 p.m. ET launch in the U.S. got only images of dogs — some quite abashed-looking — with the words, "Uh-oh. Something went wrong on our end." People took to social media to complain that they couldn't order items.

By about 4:30 p.m., many Prime Day links were working, and Amazon said later Monday that it was working to resolve the glitches. 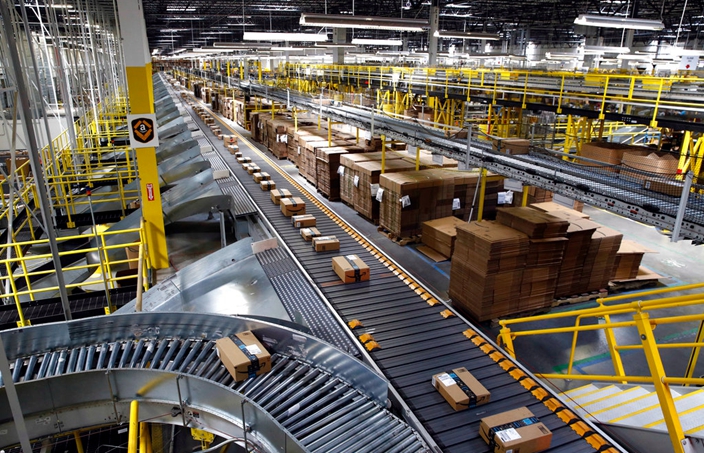 FILE- In this Aug. 3, 2017, file photo, packages ride on a conveyor system at an Amazon fulfillment center in Baltimore. Amazon's Prime Day starts July 16, 2018, and will be six hours longer than last year's and will launch new products. (AP Photo/Patrick Semansky, File)

In an email to The Associated Press, it said "many are shopping successfully" and that in the first hour of Prime Day in the U.S., customers ordered more items than in the same time frame last year.

Still, the hiccups could mute sales and send shoppers elsewhere during one of Amazon's busiest sales periods that's also a key time for it to sign up new Prime members. Shoppers have lots of options, as many other chains have offered sales and promotions to try to capitalize on the Prime Day spending.

"This is supposed to be one of their biggest days of the year," she wrote in an email. "I am shocked this caught them off guard. But I guess the lesson is to not have a big unveil during the middle of the day when everyone comes to your site all at once."

Amazon, which recently announced that Prime membership would be getting more expensive, was hoping to lure in shoppers by focusing on new products and having Whole Foods be part of the process. It was also hoping parents would use the deals event to jump start back-to-school shopping. 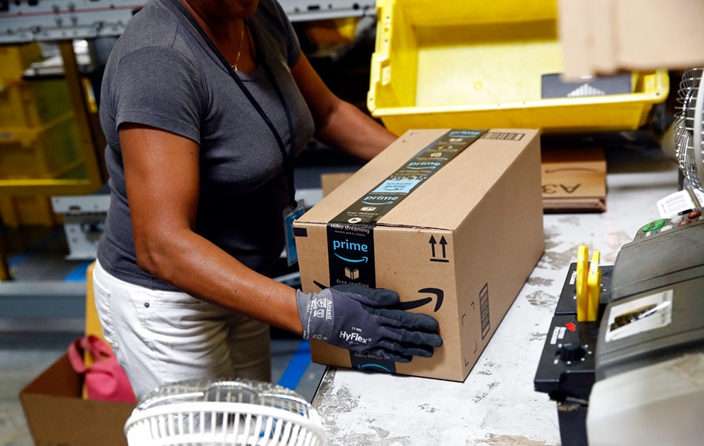 FILE- In this Aug. 3, 2017, file photo, Myrtice Harris applies tape to a package before shipment at an Amazon fulfillment center in Baltimore. Amazon's Prime Day starts July 16, 2018, and will be six hours longer than last year's and will launch new products. (AP Photo/Patrick Semansky, File)

Jason Goldberg, senior vice president of commerce at Publicis. Sapient, noted that the problems could turn off shoppers for a while, particularly those who planned to sign up for Prime membership.

"If you were planning to find Prime deals to lower the cost of back-to-school (purchases), you're almost certainly going back to your traditional venue of choice," he said.

Goldberg noted that it's easy for Amazon to extend deals on its own devices and brands, but trickier for it to extend deals for its third-party sellers because they signed up for different promotional slots. 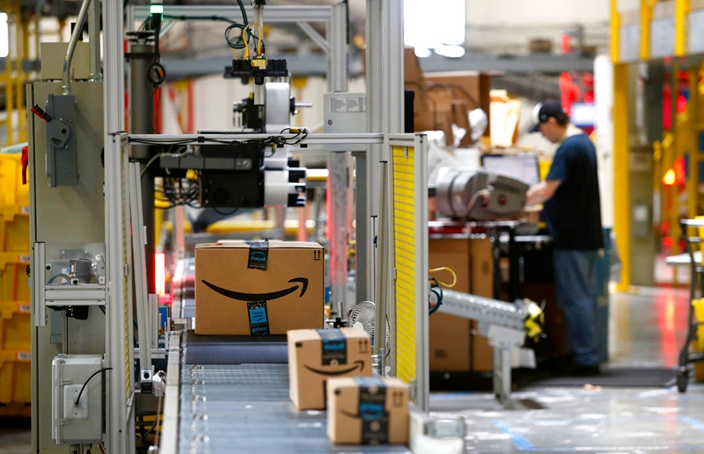 FILE- In this Aug. 3, 2017, file photo, packages pass through a scanner at an Amazon fulfillment center in Baltimore. Amazon's Prime Day starts July 16, 2018, and will be six hours longer than last year's and will launch new products. (Photo/Patrick Semansky, File)

Meanwhile, other retailers like Macy's, Nordstrom, Best Buy, Walmart and Target have rolled out their own promotions, said Charlie O'Shea, lead retail analyst at Moody's.

"Brick-and-mortar retailers know that they have little choice but to continue offering their own deep discounts, which is evident in the proliferation of 'Black Friday in July' deals that are being launched earlier each year, as well as various 'price match' offers," he said in a note earlier Monday.

Prime Day also usually helps boost the number of Prime memberships. Amazon disclosed for the first time this year that it had more than 100 million paid Prime members worldwide. It's hoping to keep Prime attractive for current and would-be subscribers after raising the U.S. annual membership fee by 20 percent to $119 and to $12.99 for the month-to-month option.

"It has been one of the best vehicles" for signing up members," said Goldberg.

Votes were still being counted Thu ...

Police around the nation and law e ...

Amazon workers strike in Europe to coincide with Prime Day

Seattle divided as leaders halt tax on companies like Amazon