Just so happened to flood on their wedding day... Luckily, the officers weren't afraid to get their feet a bit wet to come to the rescue! 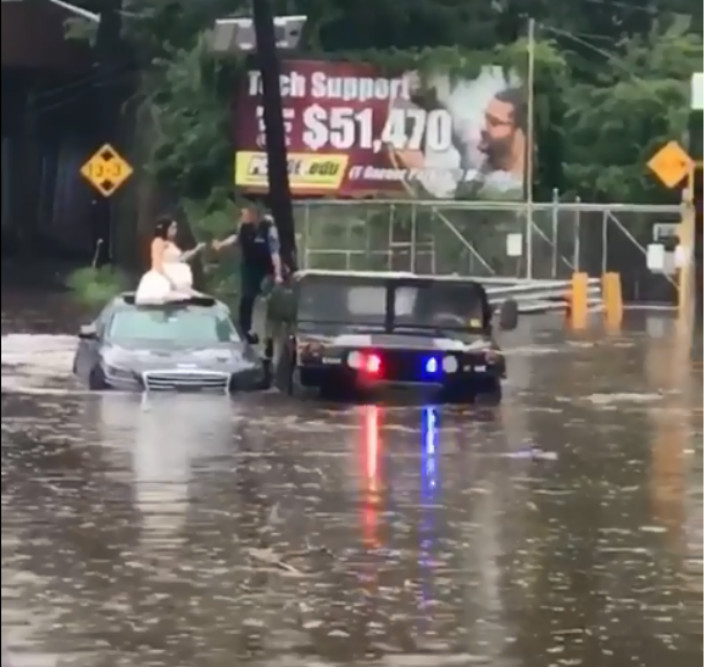 A bride in Bogota, a small town in New Jersey, USA was trapped in a sudden flash flood due to an unexpectedly large amount of rainfall - with some parts of New Jersey recording up to 120 mm of rain. The local police received the report and immediately rushed to the rescue. Fortunately, the extraction was quick, and the bride managed to attend the wedding ceremony on time. 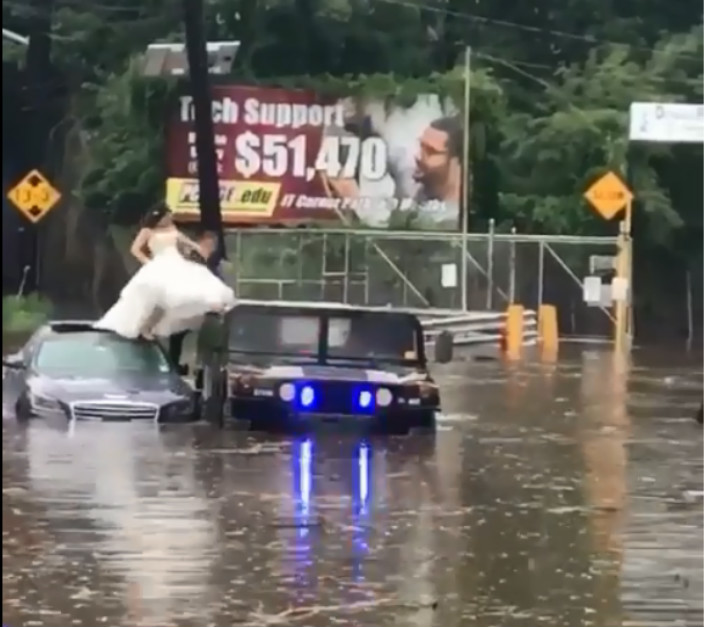 It can be seen in the short clip that a private car was trapped in the flood, where a bride wearing a huge wedding dress is seen having climbed onto the roof of the car, awaiting rescue. A police officer climbed out of his jeep, which was parked beside the ensnared car, stood between both cars and helped the bride into his jeep.

The footage capturing the heroic rescue was uploaded to social media, where it went viral, garnering more than 150,000 views in less than a day. Users commended the officers for their compassion and the swift rescue.

Pets rescued from Whaley Bridge after residents evacuated from homes

Police ‘drop charges’ against goat that chased woman down the street

Officers befriend boy, 7, who had nightmares about police