With ‘Are you watching us, Emily?’ written on the tuk-tuk’s roof, the trip is bound to be an emotional one.

The sister of a promising student who died suddenly in her sleep from epilepsy has told how her heartbroken family are planning to raise £100,000 for research and awareness by travelling from London to Turkey in an Indian tuk tuk.

Amy Sumaria’s 19-year-old sister Emily who controlled her epilepsy problem-free for years was found dead in bed just three weeks before Christmas in 2012.

But it was only four months later that they discovered Sudden Unexpected Death in Epilepsy (SUDEP), where an epilepsy sufferer dies suddenly, prematurely and without reason, was the cause. 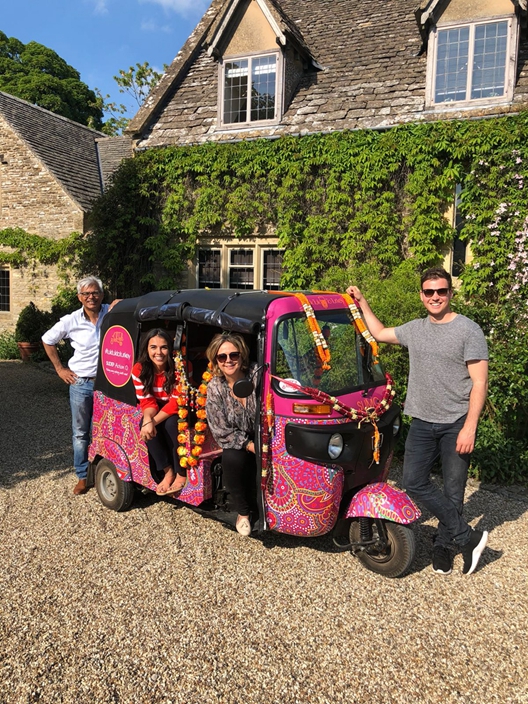 Now, determined to ensure more is known about SUDEP, which kills around 500 people every year, Amy, 27, and parents Rachel and Bharat, both 57, from Hawling, in the Cotswolds, have vowed to fund research and raise awareness around the devastating killer with their epic 4,000 mile road trip from London to Turkey.

Amy, a trainee solicitor, said: “We never imagined in our worst nightmares that Emily’s epilepsy would kill her.

“She had it under control and was a happy and gregarious sister who loved life.

“I wish we had known there was a chance she would be taken from us so cruelly, and I now we want others with epilepsy to know the risks too.” 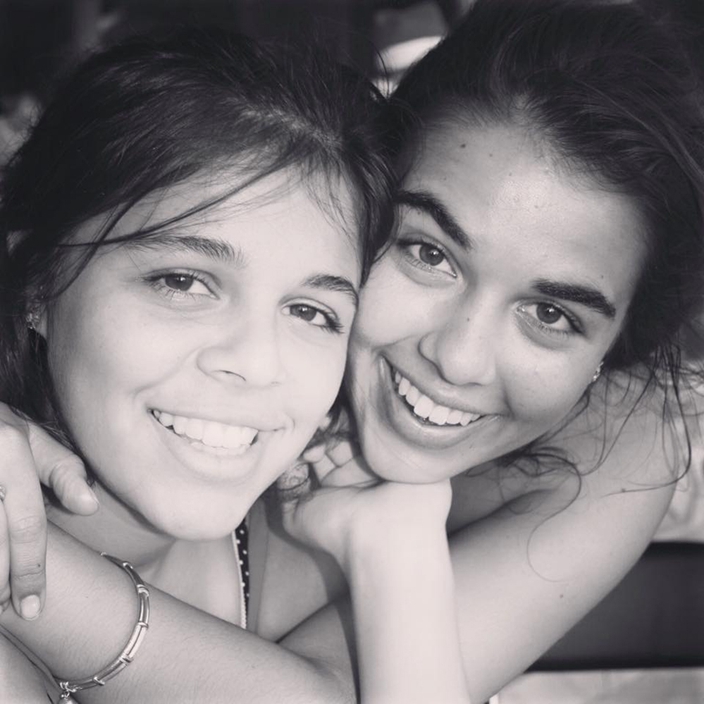 Determined to find some positives in their grief, her family are planning to drive the automated rickshaw across 21 countries – one for each person killed by epilepsy each week – together with Amy’s boyfriend James Hewitt, also 27.

With ‘Are you watching us, Emily?’ written on the tuk-tuk’s roof, mum-of-two Rachel admits it will be an emotional trip, adding: “Life without Emily is empty.

“We really want to try and do something positive in her memory, to make her life count. 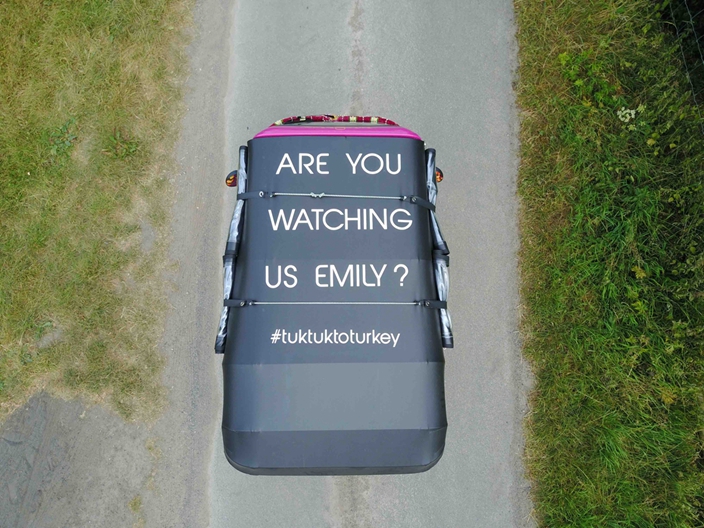 “We want to increase awareness of epilepsy and SUDEP, raise as much as we can for the incredible charity SUDEP Action and also, have a mad adventure that Emily can be proud of.”

When Emily died on December 4, 2012, her family were left grief-stricken and confused.

Emily had managed her epilepsy with medication since being diagnosed aged 14.

“It seemed like Emily’s epilepsy was under control, so we never, ever, imagined she could die from it,” said Amy, who lives in Ladbroke Grove, West London.”

She continued: “She had had a few seizures, but the condition never really seemed to affect her.

“She was still happy and just got on with her life. So I don’t think anyone really understood the severity of the situation and how deadly epilepsy can be.” 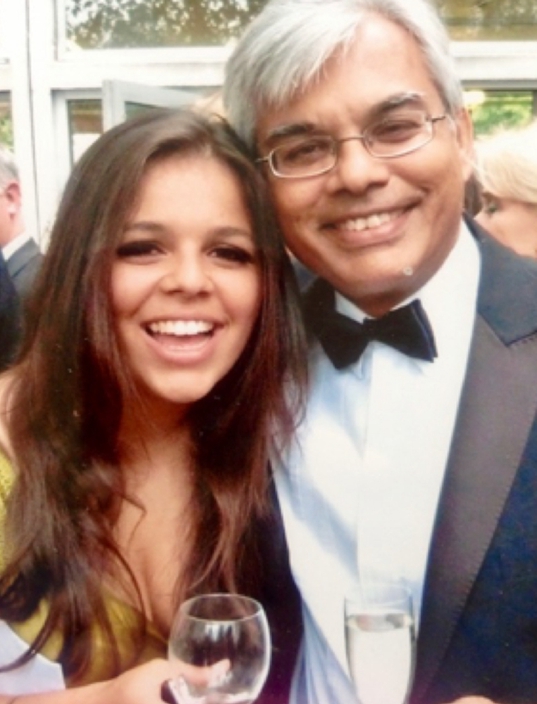 With Emily at her student house in Leeds, where she was studying Geography at the University of Leeds, and Amy in London after graduating from Oxford University a few months earlier, their parents Rachel, a former accountant, and Bharat, a retired safari tour company director, were away travelling in America before meeting the sisters for Christmas in Cuba on December 22.

The night before her death, Emily and Amy were messaging on Facebook about their upcoming trip away. Amy says she remembers joking around with her younger sibling about any last-minute diets they could do. 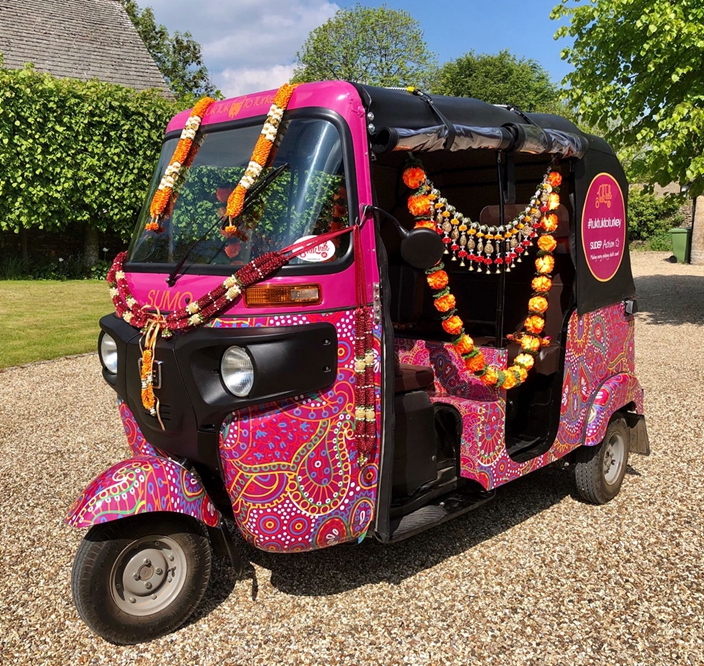 “It was just a regular sister-to-sister chat about losing weight, getting student cards and generally having a catch up,” she said.

“We finished speaking at 10.56pm that night, not ending our messaging with anything poignant, as it was just another night, I had no idea the next morning, she would be dead.

But it wasn’t until the following evening, whilst Amy was wrapping Christmas presents, that her world was turned upside down.

A friend, whose sister knew Emily, arrived at Amy’s home and told her to put the wrapping paper and scissors down. 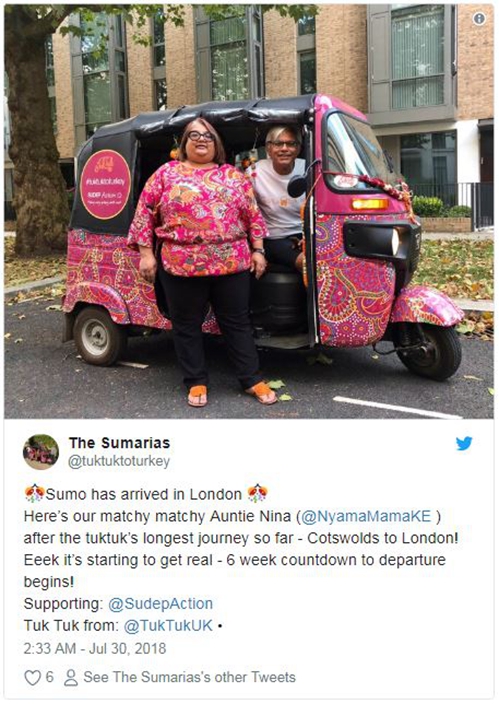 Amy tearfully recalled: “She looked at me then said ‘Emily is dead.’

“I actually said ‘Emily who?’ as never in my worst nightmares did I imagine my sister would die from epilepsy, it just wasn’t something we ever imagined being possible.”

Emily’s housemates became concerned on the afternoon of December 4 when they had not heard from her all day, when they entered her bedroom they had found the 19-year-old lifeless in her bed.

In a state of shock, Amy tried to contact her parents to break the devastating news.

But mid-flight, they were unreachable for another eight hours.

“It was the most heart-wrenching time waiting for them to land in Hawaii and get a phone signal to pick up my endless voicemails and texts,” Amy said.

She continued: “When my dad rang me back, I had to tell him that Emily had died. And to this day, that was the hardest thing I have ever had to do.

“My mum said: ‘it’s Emily, isn’t it?’ as soon as dad picked up all my messages and calls. It must have been a mother’s instinct. They got on a flight straight away and came back to the UK.”

In the weeks that followed, the Sumarias still had no idea how Emily had died.

Over 200 mourners attended her funeral at Cheltenham Crematorium on December 17 but it was only at her inquest four months after her death that the family heard the words Sudden Unexpected Death in Epilepsy (SUDEP) for the first time.

“We had never heard of it before and never knew it could be a risk to Emily,”

Amy said. “But the experts at her inquest said it was most likely to be her cause of death.”

Simply, it is when a person with epilepsy dies suddenly and prematurely and no reason for death is found.

“We couldn’t believe she could die from something we didn’t even know was fatal.”

There are at least 1,000 epilepsy related deaths each year in the UK, with half of these related to SUDEP.

And, according to charity SUDEP Action, whilst there is already a lot being done to understand what causes SUDEP, more research is needed.

“The uncertainty surrounding it, coupled with the fact that it is a difficult subject to broach, meaning that often those with epilepsy are never told about it by their doctors, despite SUDEP posing a risk to anyone with epilepsy,” Amy said.

“There are ways to minimise the risk of SUDEP, and the 600,000 people in the UK with epilepsy deserve to know about it.” 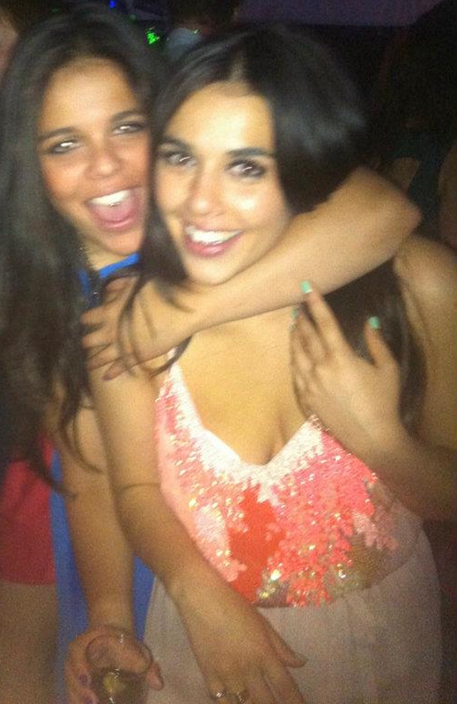 It was during a family holiday in Athens, Greece in May 2017, that the idea of a tuk tuk odyssey was born.

Amy said: “It’s only now that we can do this because we have all been so griefstricken for so long. Our whole family have grieved in different ways, but now we feel ready.”

Driving from London to Istanbul in a rickety vehicle – with Emily’s Fiat 500 support vehicle carrying camping equipment and luggage – Amy, Rachel, James, an asset manager, from South London, and Bharat will cover almost 4,000 miles, at a top speed of 40mph.

Leaving on September 8 for the six-week journey, the family have secured sponsors across their route which takes in spots including Dunkirk, Brussels, Lake Bled, Dubrovnik, Vienna and Istanbul. 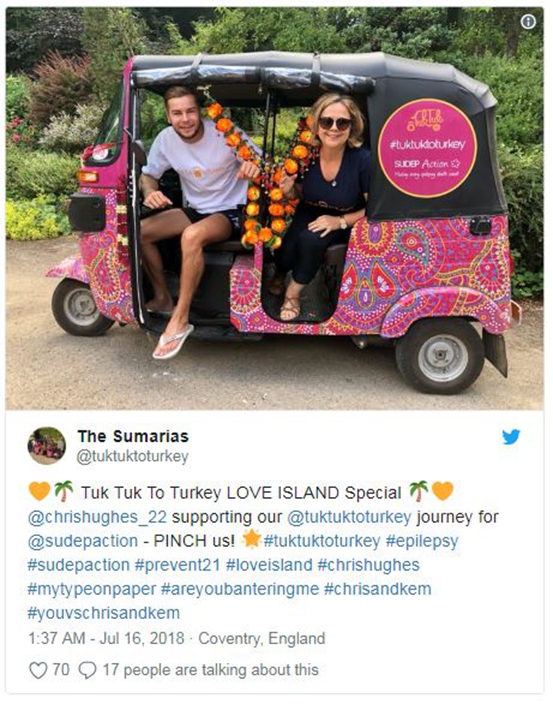 “Our tuk-tuk, which was loaned by Tuk Tuk UK for the trip, has ‘Are you watching us, Emily?’ written on the roof, which we hope Emily will see from her place in the sky. It’s Indian as our dad has Indian heritage.”

Having already raised an incredible £79,000 for SUDEP Action through fundraisers and generous donors, they hope to increase their funds even more to hit the £100,000 mark.

Amy added: “We wanted to do something positive in her memory. Something that suited Emily’s mad and creative personality, which will hopefully raise a lot of money and awareness too” 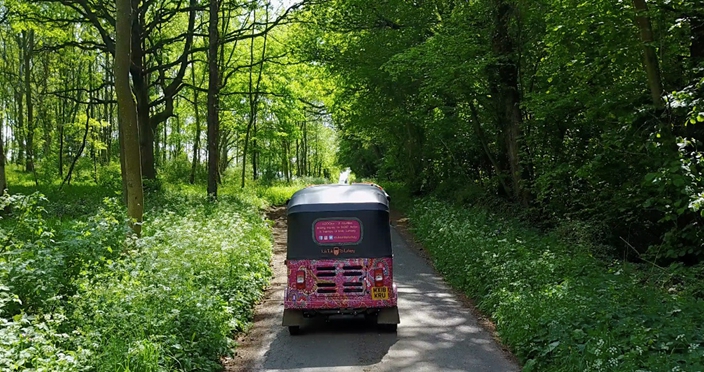 SUDEP Action deputy chief executive Samantha Ashby added: “It’s often the case that people with epilepsy, and their families, are left unaware of the risks they face, and what they can do to reduce them. 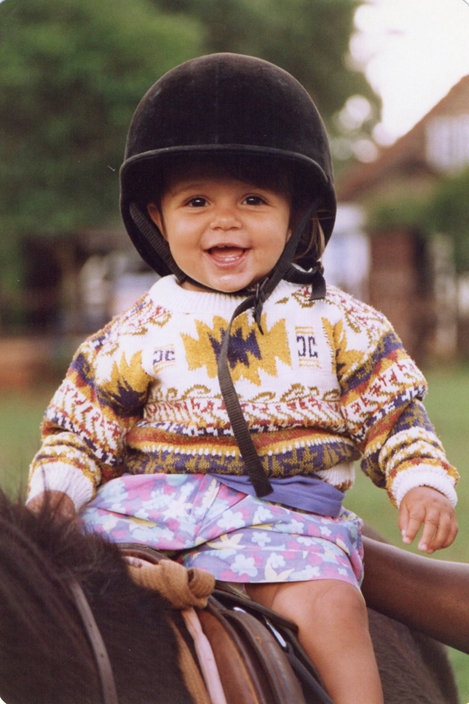 “Clinicians must talk openly about these serious epilepsy risks with their patients, as they already do with many other long-term conditions. Such simple conversations mean they access the right information, treatments, and can make informed choices that could help prevent these tragic deaths.”

For more information and free resources on how to manage your epilepsy and keep safe, visit SUDEP Action website – www.sudep.org 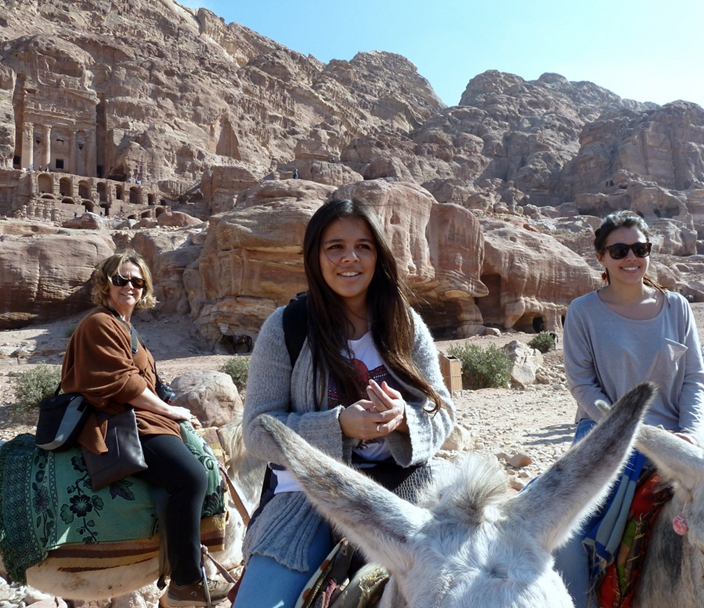