An off-duty firefighter was also on the scene protecting a woman from the same bullets.

This is the moment a shopper becomes a hero as he protects two small children from gunfire.

As shots were fired at the glass-fronted store in New Mexico, the man put himself between the gunman and the children. 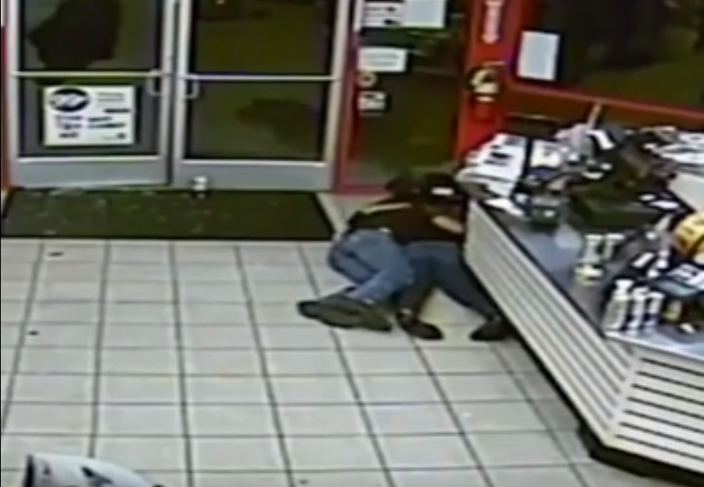 The heroic act was caught by the store’s video camera. The incident can be seen from two different angles in the same screen.

The man bundles the children on to the floor and into an aisle, out of reach of the storefront.

In a post on Facebook, Espanola Police Department explained: “This unidentified man takes two children in his arms and shields them with his body as shots were fired in their direction.

“As he went to the ground, he also positioned his body over a woman who was already laying down. Without hesitation, this man protected three lives. Thank you sir for your bravery.”

Meanwhile, off-duty firefighter Enrico Trujillo was shielding another woman from the same bullets near the store’s front door.

The police force wrote on Facebook: “His immediate reaction was to protect. Great job Firefighter Trujillo!”

Boy, seven, calls police after not being allowed out to play during lockdown

Thai soldier kills at least 16 people, holes up in mall

Biker accused of performing stunts while fleeing police is arrested