Canada’s Winnipeg Police are putting out episodes on YouTube and they are compulsive viewing.
With a theme tune and opening credits, you’d think the latest doggo videos lighting up YouTube were from Hollywood.

But the dogs amassing the fans – and the hits – are working dogs being put through their paces by Winnipeg Police Service in Canada as they become K9 officers. 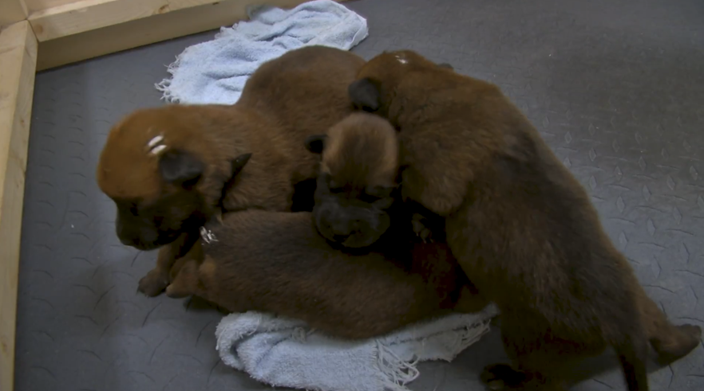 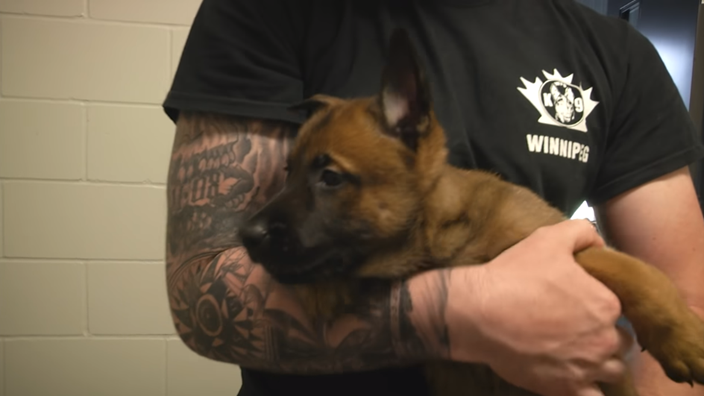 There are now five episodes of The Making of a K9 to binge watch and from that opening sequence, you know you’re going to be in for a treat.

The five puppies arrived on April 5, a litter for existing police service dog Veyda. The first video was published in May and includes the puppies’ first visit to the vet.

It includes a check of the hand-sized puppies for “boo-boos”.

The puppies are up and about, walking and eating by video two. It’s filmed just before Veyda returns to patrol work and they go home with their handlers.

In video three, the dogs are separated for the first time and go through their initial tests.

Meanwhile, police officers are seen at puppy school learning about the selection process and three cops get matched with their puppies.

At the age of three months, the dogs are settled in their new homes. K9 puppy Shea is seen living with officer TJ Spruyt and his family. He tries to make friends with a flock of ducks and races around with Spruyt’s sons.

All of that gets you well set for episode five, which has just been released and shows the energetic puppies training at an airport.

A welcome sight for travellers as much as everyone tuned in back home. 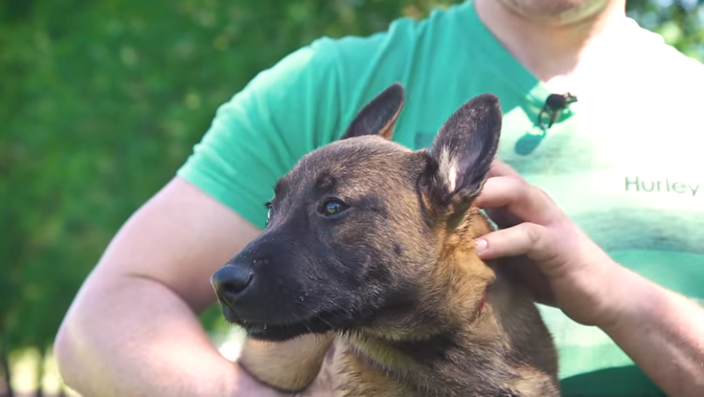 Winnipeg Police Service is the only police force in Canada with their own breeding programme.

They have had more than 100 K9 officers since they first started using dogs to help with their work.