At his worst, little Jack had to wear a special moisturising suit under all his clothes – but look at him now.

A young mum whose son spent years battling eczema so severe he looked “like a burns victim” is celebrating his miraculous recovery after just a week of using a £4.50 moisturiser.

Plagued by atopic eczema – a type of the skin condition which can develop before children turn one – since he was just three months old, Cory Lloyd’s son Jack, now three, had dry, cracked patches all over his body.

Needing to wear a special moisturising suit under his clothes virtually round the clock at his worst, there were times when Cory, 23, of Darwen, Lancashire, kept him inside as she could not stand the judgemental comments made by strangers in the street. 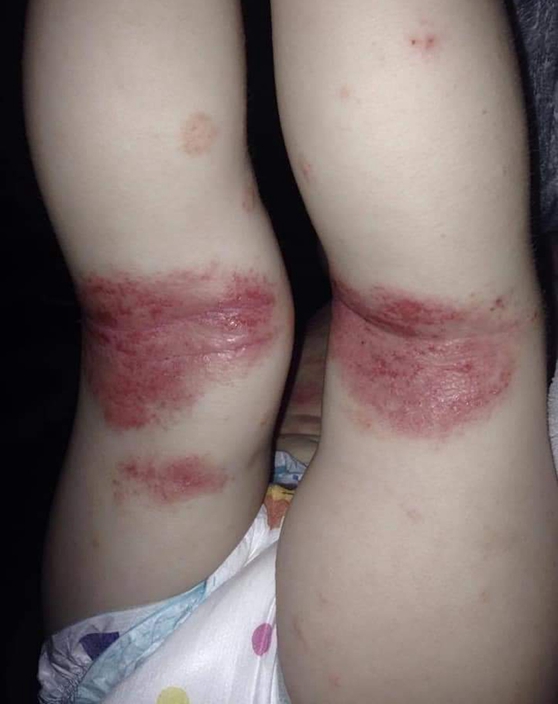 But Jack’s life changed, according to his play centre worker mum, after she was tagged in a Facebook post about skincare brand Childs Farm, tried it and saw his skin clear within a week.

She said: “I was sceptical as we had tried so many things, but literally a week after trying it, his skin was clear.

“When Jack’s eczema was really bad, I had to stop taking him out as much as I wanted, as instead of enjoying our mother and baby bonding time, I’d be so conscious about people staring at him.” 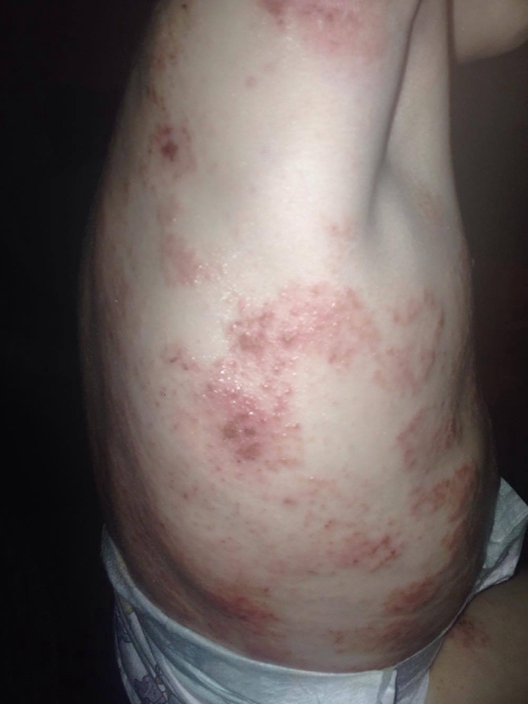 She continued: “Once a lady said to her friend, ‘Look at that little boy, he’s had a terrible fall, his mum must not have been looking after him.’ I just went home and cried.

“All people saw was a young mum and they judged me, but they weren’t there for the sleepless nights and countless hospital appointments. I was doing everything I could and getting nowhere.”

Cory, who has another son, Alfie, one, with her joiner partner Ben Holmes, 23, said Jack seemed perfectly healthy until he reached three months, when crusty patches began to spring up on his forehead. 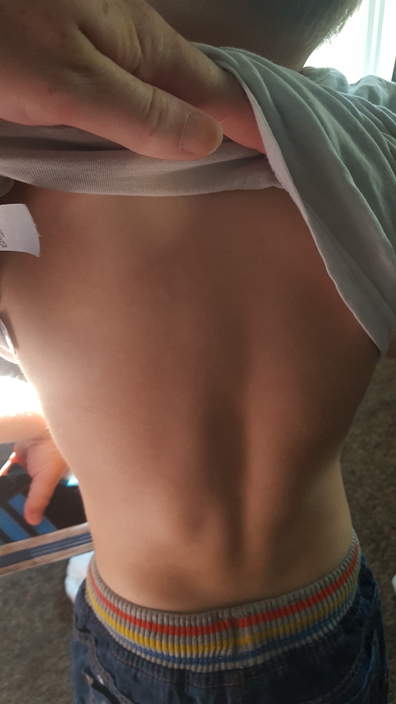 Thinking it was just standard dry skin, she applied special baby moisturiser – but it made little difference.

Then, when the patches also began to weep, Cory consulted a doctor, who diagnosed eczema.

“Within a couple of months, the eczema had spread all over Jack’s body,” she recalled. “I’d be coating him in moisturiser five times a day and tried so many different creams, steroids and antibiotics that the doctor prescribed, but nothing seemed to help.”

She added: “He’d wake up every morning with blood on his sheets from where his skin had cracked in the night.

“Eventually, I reached my wits end, went to the doctor and said, ‘I’m not leaving until I have a referral to a specialist.’”

Thankfully, when he was around 18 months old, Jack was referred to a dermatologist, who prescribed a special suit designed to keep moisture in and stop his clothes from absorbing the creams Cory was applying.

Required to wear it every day under his clothes, it meant he did not want to play with the other children at nursery, as he knew running about would irritate his skin.

In addition to the suit, Cory bandaged Jack’s legs and arms, in a bid to keep the moisture in.

“I could bandage his limbs, but his torso was the worst place for eczema,” she said. “It felt like sandpaper. He literally looked like a burns victim.” 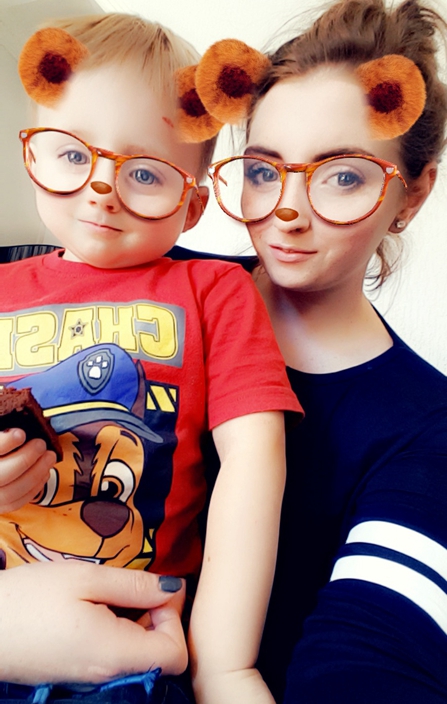 Desperate, Cory even asked doctors for an allergy test to see if something in Jack’s diet was triggering the agonising outbreaks – but a cause has never been found.

Then, earlier this year, just as she was losing hope, a family member tagged her in a Facebook post about Childs Farm, a range of mild skincare products suitable for sensitive and eczema prone skin.

She continued: “At first, I didn’t hold out much hope. By that point, we’d tried so many things that’d made no difference.” 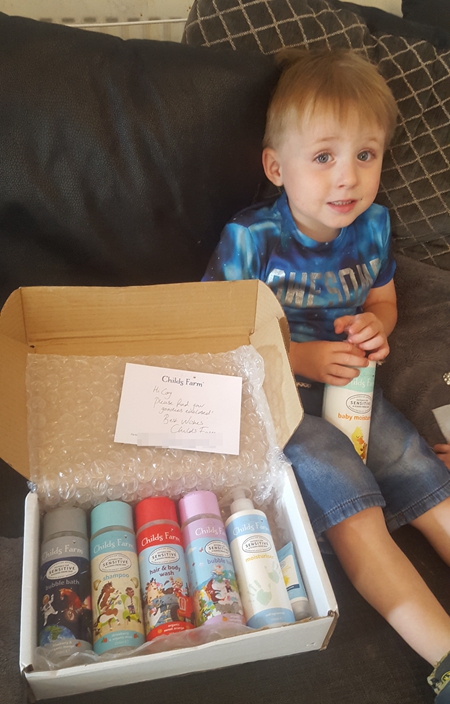 She added: “But after reading reviews, it seemed people were really impressed, so I ordered a few products – a baby moisturiser, a hair and body wash and a bubble bath.” 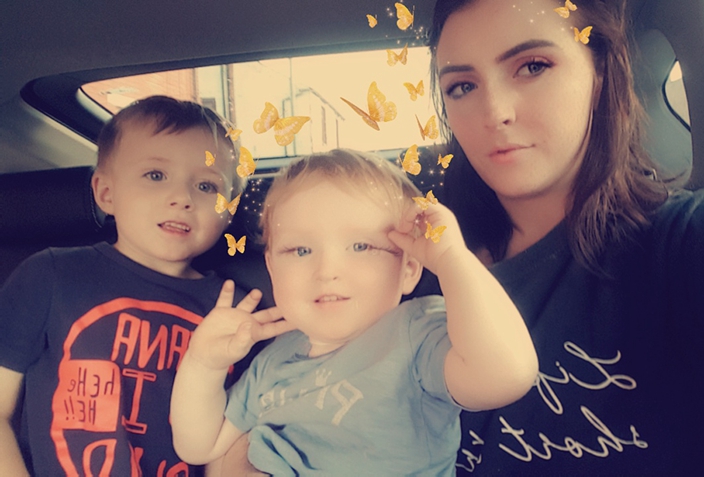 Cory’s products arrived in July 2018 and, after just a week of using the moisturiser, Jack’s skin was astonishingly different.

Now, as she continues to use Childs Farm products, his skin remains clear. 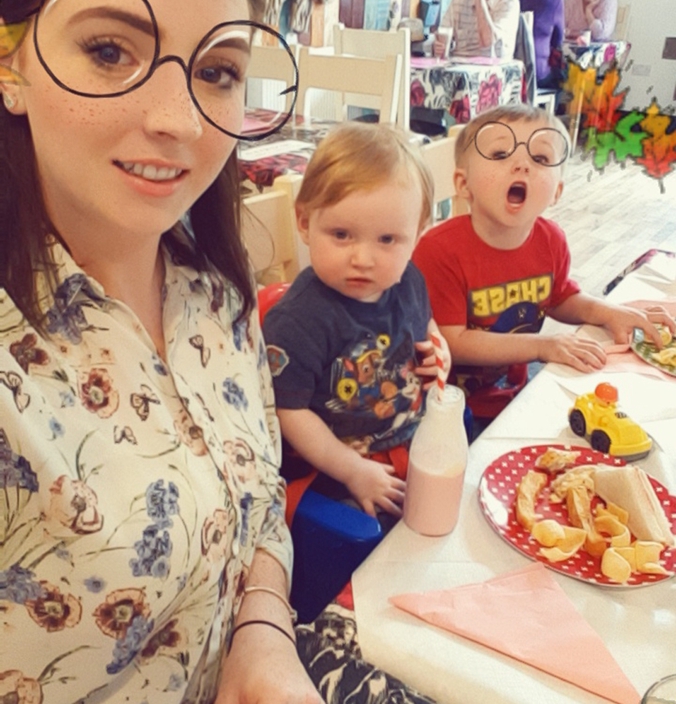 Cory and her boys, Alfie and Jack (PA Real Life/Collect)

Cory said. “Jack is so much happier. Eczema took over his life, but now he can finally run around and play again, like kids do.”

Death rates among immigrants from ...