People think adorable Ely is wearing a wig because of her luscious locks.

A mum has revealed how midwives were “all shook up” when her baby girl was born with so much hair she looked like a mini Elvis.

Now nicknamed after the “Love Me Tender” singer, little Ely Casillas has such thick, dark waves that strangers stop her mum, Carina, and her dad, Luis, a professional boxer, in the street, asking if she is wearing a wig.

Born on May 17 this year, Ely caused quite a stir in the delivery suite, according to her insurance manager mum, Carina, 27, who said: “The midwife yelped with surprise when she checked to see how dilated I was.” 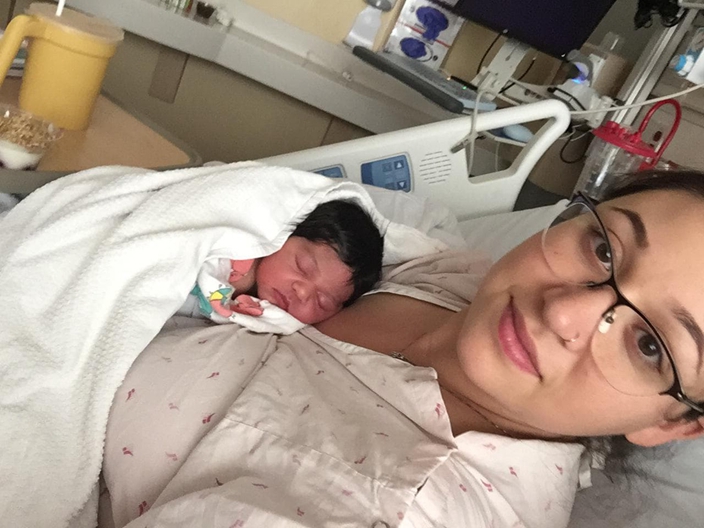 She continued: “I remember her saying, ‘She is on her way and wow, she’s got a real head of hair on her!’

“When she finally emerged, after a 13 hour labour, Ely’s thick, black locks were the first thing I saw.

“I was in shock, but she was so beautiful, with chubby cheeks and her incredible mop of hair. She was just perfect.”

Carina, of Oakland, California, USA, laughed: “I constantly get strangers coming up to me in the street, asking if she is wearing a wig.

“It takes me ages to run errands, as people are constantly stopping me to talk about her. I thought her thick hair might fall out after she was born, which often happens with babies, but it has just kept on growing. I even call her my little Elvis Presley. ”

And from the moment she set eyes on Ely in California’s San Leandro Medical Center, near Oakland, she said she felt “burning love” for her 7lb 12oz hairy newborn.

Carina continued: “My mum said I also had a lot of hair as a baby, so it was probably where Ely got it from, but my husband has never had very much.

“Our eldest child, Jayden, now nine, had hair all over his body, but he was still pretty bald on top, like other babies.” 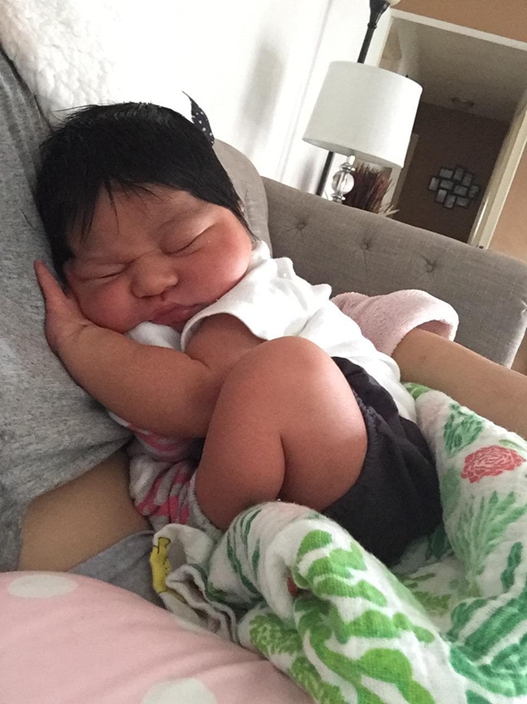 Taking her home the next day, when friends and family met Ely for the first time they, too, were taken aback by her rock star hairdo – which her mum washes every other day.

“People can’t believe how much hair she’s got,” Carina smiled. “She really is something else.”

And her parents love the fact their baby’s mop has become her trademark.

Carina said: “People have asked us if we will cut it any time soon, but I don’t think we will as it makes her stand out,” she said. 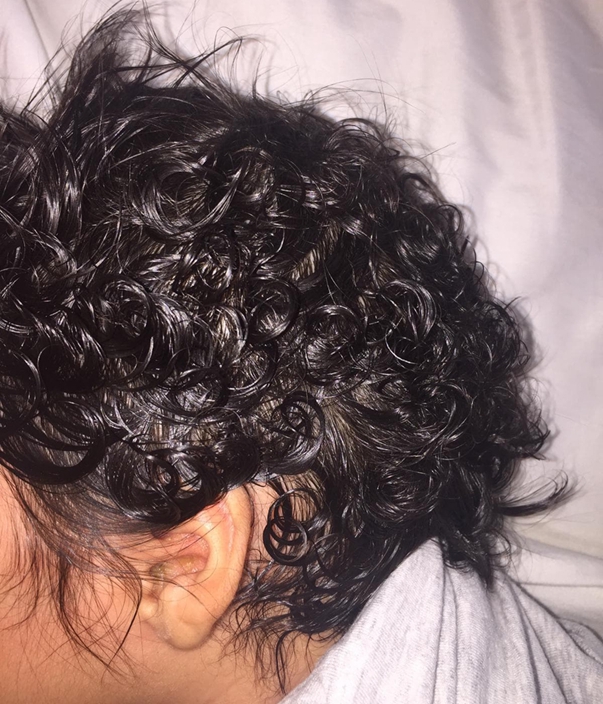 Carina added: “She is the most bubbly, gorgeous little girl and while people may notice Ely, who we named after Queen Elizabeth, because of her hair, it’s her personality which is really special. 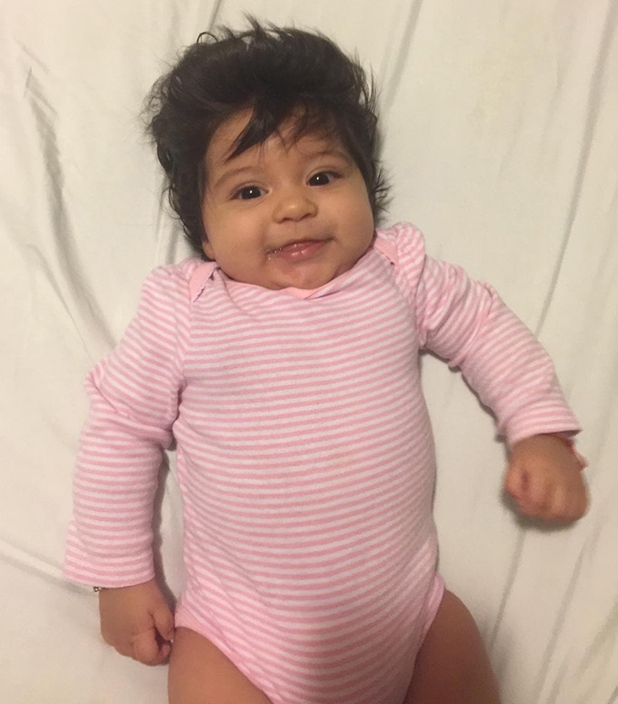 High flyer who refused to abandon motherhood dream when single at 40 spends £30,000 to have baby