Fears about education cuts in the upcoming budget have prompted action from pupils, teachers, parents and MPs.

Pupils across the country have posted videos of themselves performing the “floss” dance craze in a bid to convince Chancellor Philip Hammond to promise more money for schools in the upcoming Budget.

The hashtag #Floss4Funding began trending on Twitter on Friday as part of the campaign to make Mr Hammond aware of the implications an 8% funding decrease will have on the education of schoolchildren across England. 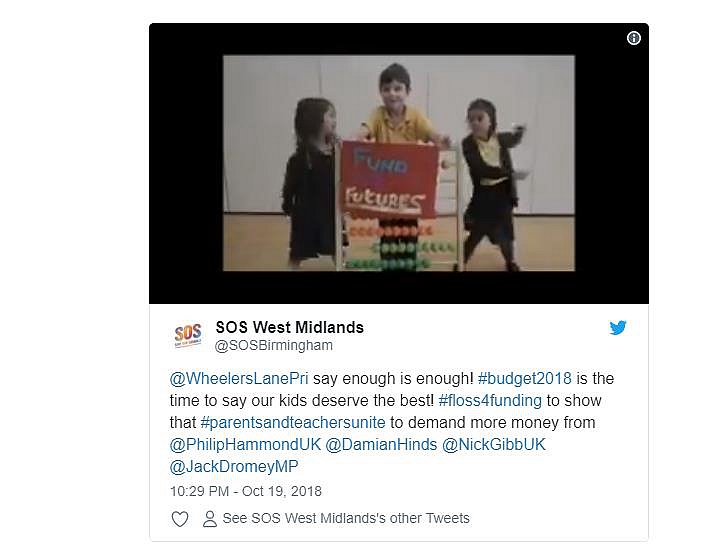 Pupils, teachers, parents and MPs are joining the cause after cuts to school funding across the country have led to reductions in teaching and support staff. 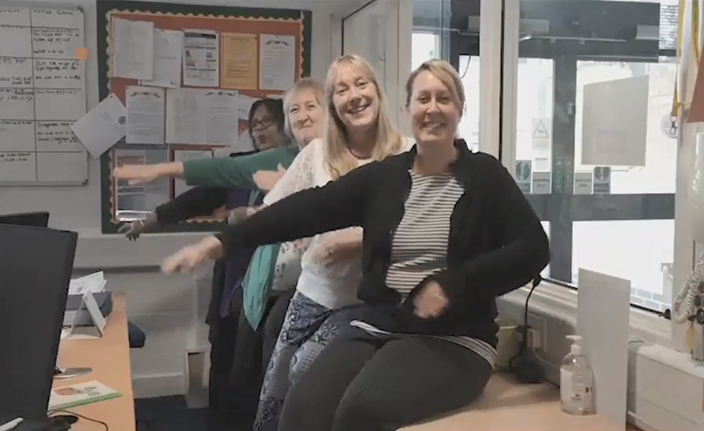 Kay Tart, 35, a campaigner and full-time mother from Hitchin, said: “The same or similar things are happening in every school: Staff losses, crumbling buildings, out of date and broken equipment and a lack of resources.

“So our group has joined up with others nationally to raise awareness of the school-funding crisis.” 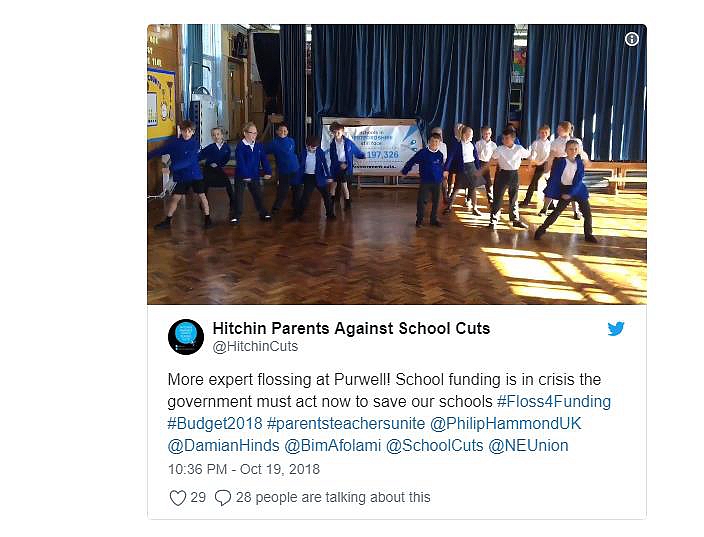 Labour MP Bambos Charalambous posted a video of himself flossing alongside schoolchildren in his constituency of Enfield on Friday.

Alongside the video he wrote: “Delighted to have been flossing for funding at Hazelwood School this morning – I might need a few more lessons from the kids about how to floss. 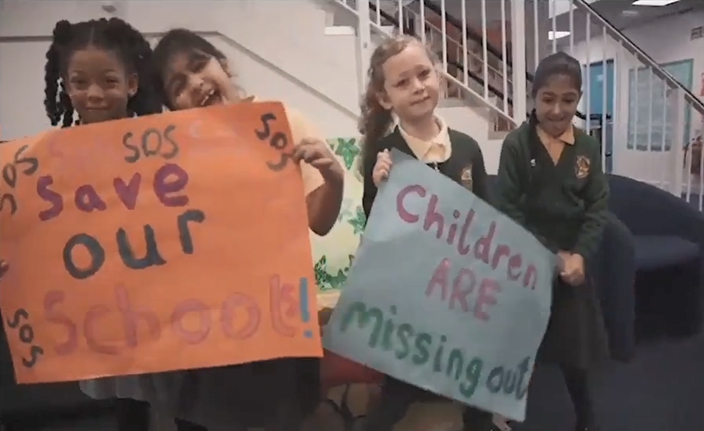 Robert Halfon, chair of the parliamentary education committee, sent a letter to the Chancellor in early October asking him to look “very carefully” at the core level of funding for students in the upcoming Budget, expected October 29.

The Institute for Fiscal Studies noted that spending per student in further education fell by 8% in real terms between 2010/11 and 2017/18 and by over 20% in school sixth forms. 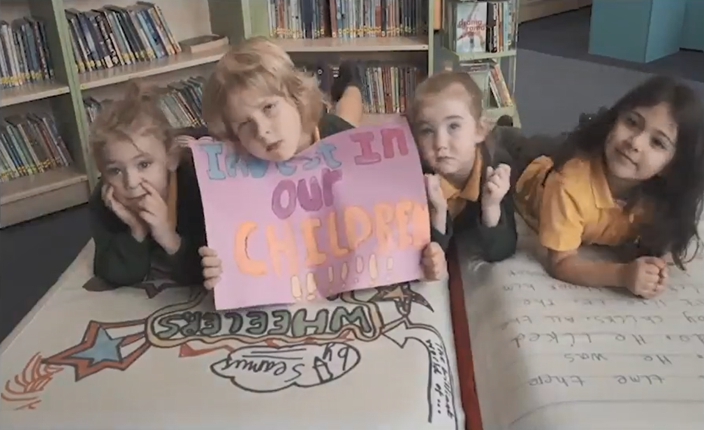 Mrs Tart continued: “I have four children at school and a baby at home and I want them to have the first-class education that they deserve.

“The Government calls it the ‘fairer funding formula’ but we haven’t found it to be fairer in any of the schools we have been speaking to.”

The national day of action follows recent protests when more than 2,000 head teachers marched on Downing Street as part of the “Worth Less?” campaign objecting to the ‘unsustainable’ cuts.

#Dronegate2: How social media reacted to the Heathrow drone drama