Well, it’s called a ‘catwalk’ for a reason…

A cat unexpectedly stole the show on a fashion runway in Istanbul when it wandered on to the stage and began to strut among the models.

The grey-and-white stray crashed the 2018 Esmod International Fashion Show organised by Vakko Esmod, a fashion school in the Turkish city. 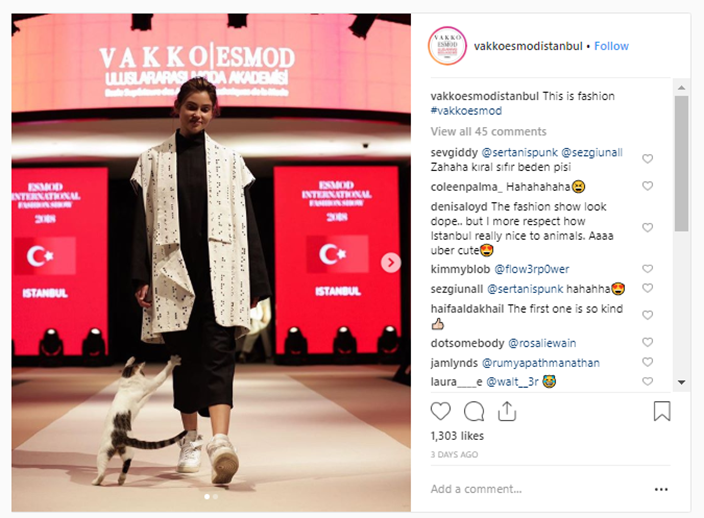 Organisers of the show took photos, and videos of the rebellious cat, grooming itself and lying on the catwalk, were viewed thousands of times. 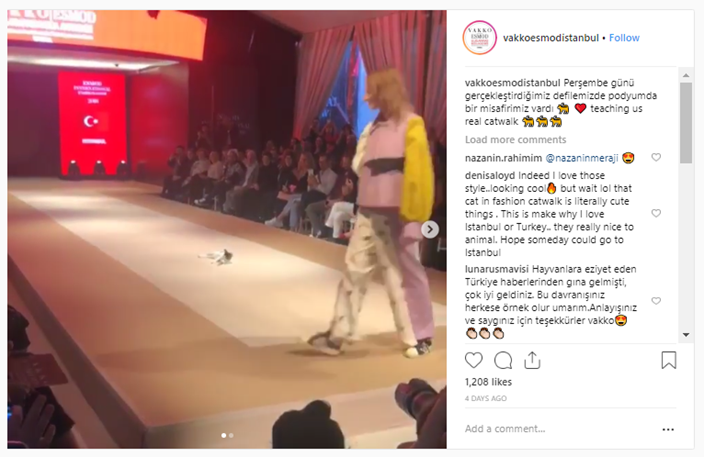 A spokesman for Vakko Esmod Istanbul said: “We do not know the cat at all, he just walked in randomly. We did not want to interfere or remove him from the runway and let him join our models.” 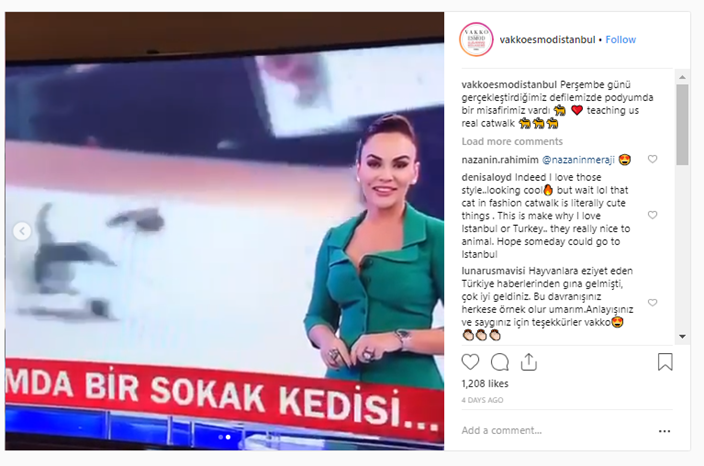 The models walking the runway were mostly unfazed by the cat’s appearance, although one appeared to crack a smile as it jumped at her legs. 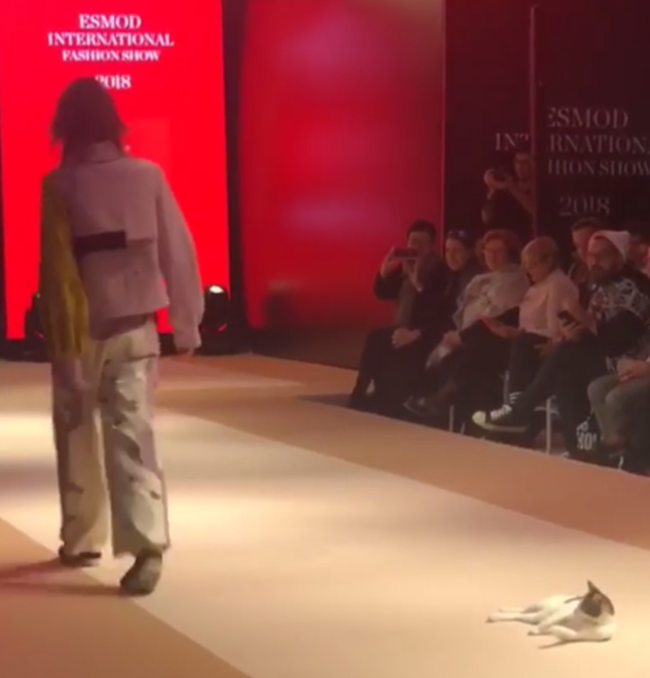 ‘Finding my ring today has given m ...