This is the touching moment a 96-year-old received a new puppy for her birthday, months after her previous dog had died.

Twitter user Ian Kellems shared footage of his great-grandmother’s first meeting with her new Maltipoo pup and her reaction is sure to brighten anyone’s day. 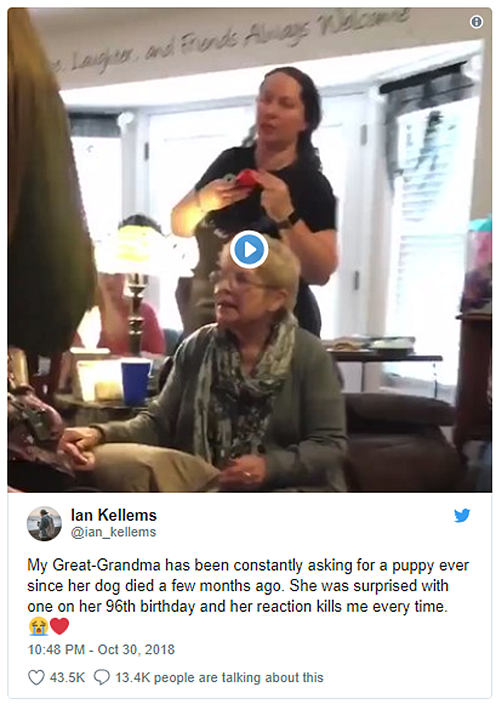 The video has been widely shared on the social media site and Ian says the affection his relative showed hasn’t stopped since.

“She absolutely loves the puppy,” he told the Press Association.

“She is very old however so her two daughters take care of the dog full time, she just holds it and cuddles it while she is awake.” 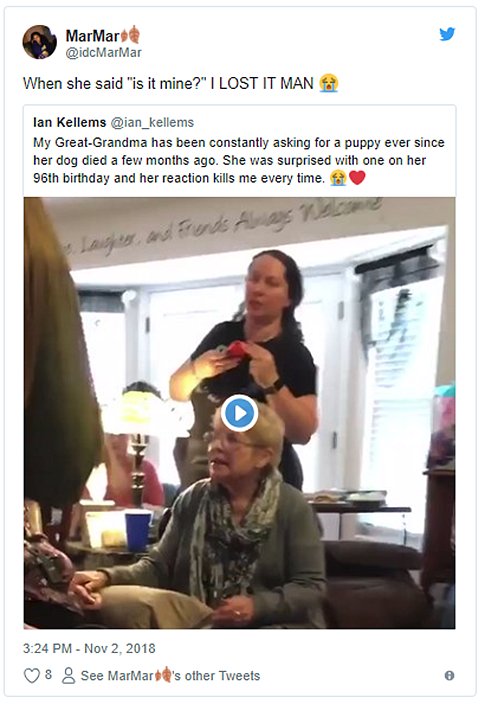 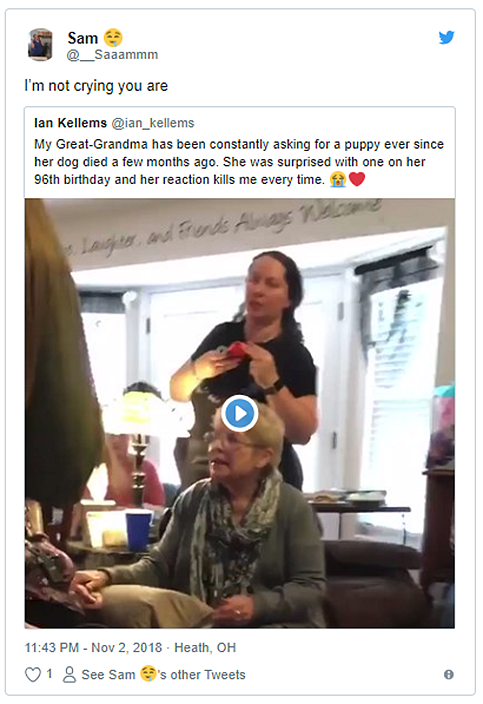 Ian’s great grandma, whose name he didn’t share, owned a service dog for 12 years until it passed away recently, and she has been asking for a new one since.

“My great grandma is a WWII vet and the sweetest woman alive and I just hope this video spreads some joy,” added Ian. 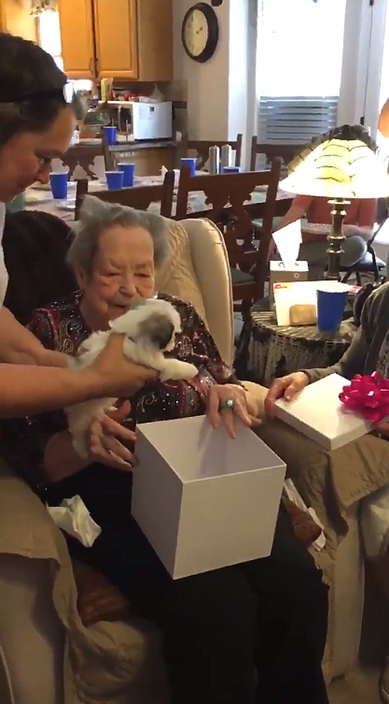