It’s the most wonderful time of the year – and festive spirits were high during Santacon London 2018.

Revellers donned their Santa suits and other Christmas outfits for the annual tradition, which is described by organisers as “non-profit, non-political, non-religious and non-sensical”.

The good news for the real Father Christmas, if he was among those attending, is he has more than a fortnight to recover before the hard work really begins. 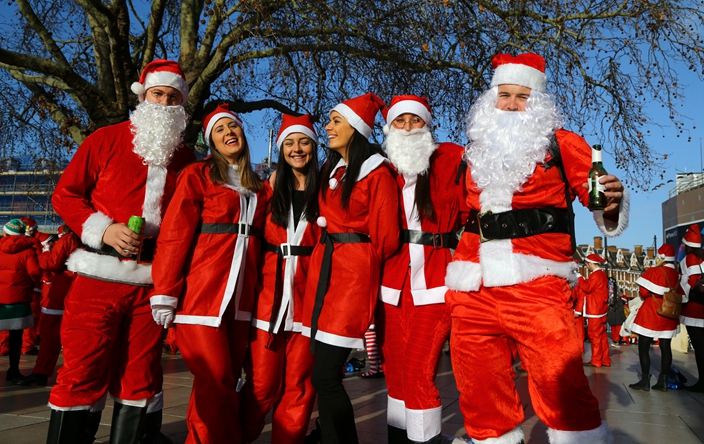 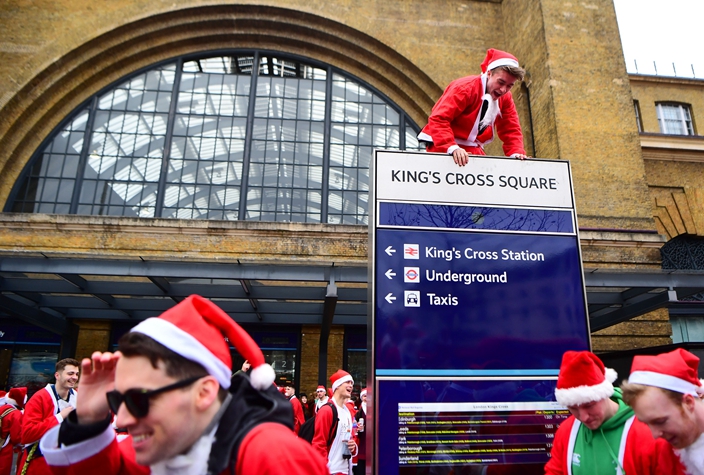 Some hi-jinks outside the railway station (Victoria Jones/PA) 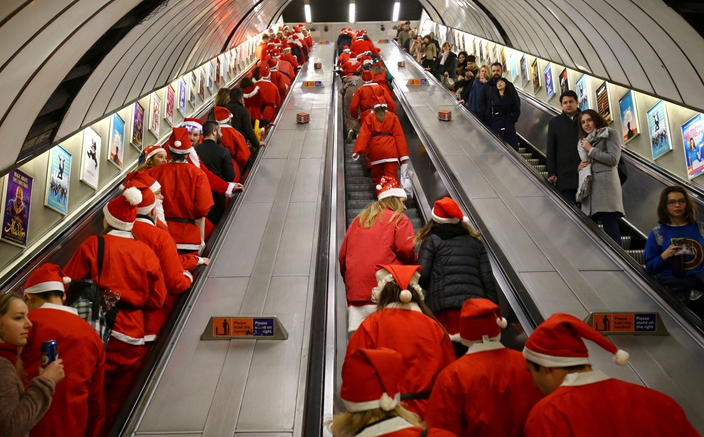 Even Santa has to take the Tube sometimes (Gareth Fuller/PA) 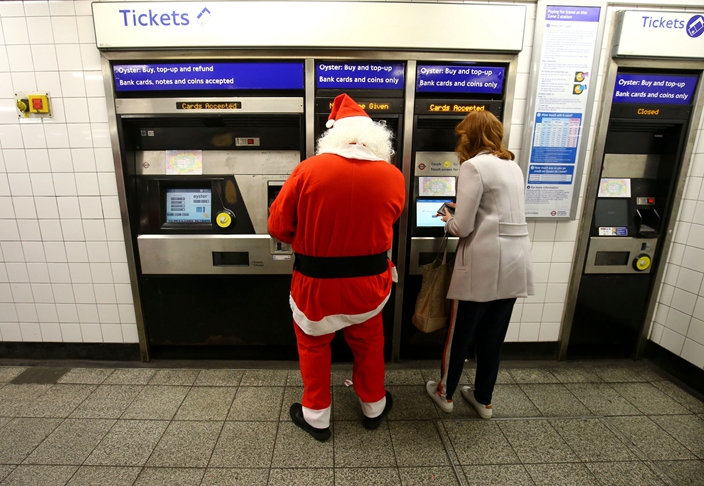 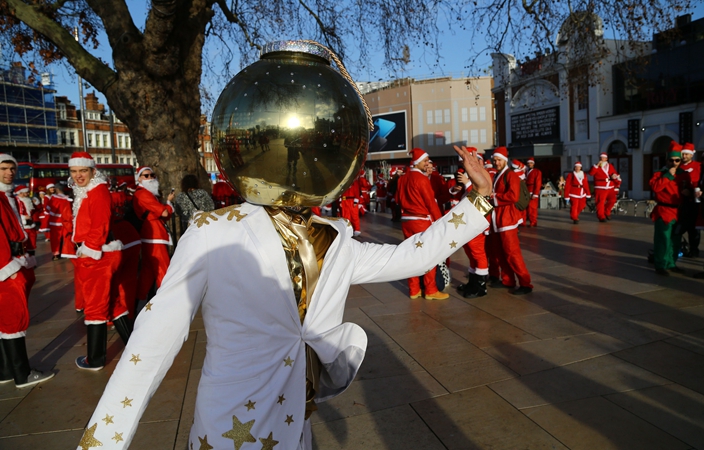 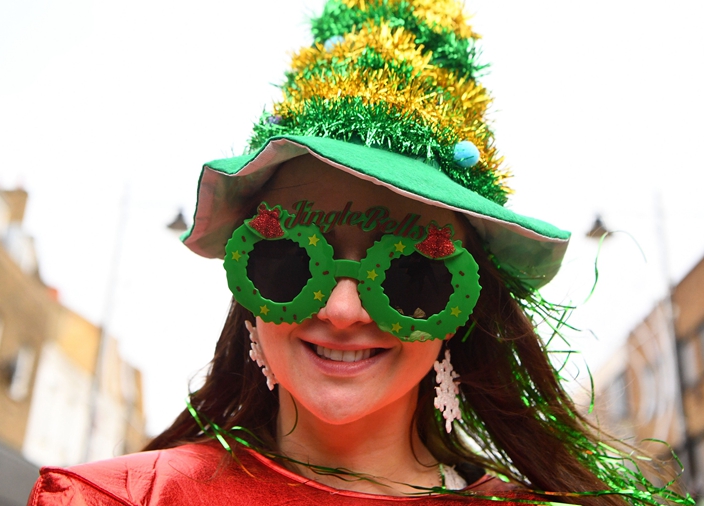 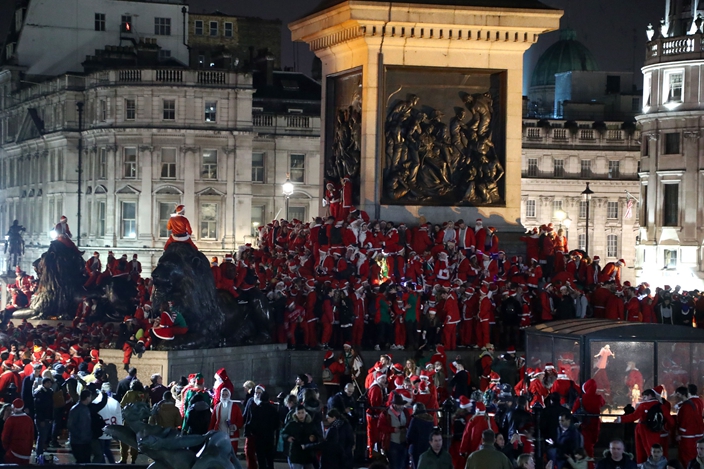 As day turned to night, Trafalgar Square became the centre of the party (Gareth Fuller/PA)

In Pictures: How many animals live at London Zoo?

In Pictures: Swimmers brave the elements for Christmas Day dip

8 of the best pictures from London’s largest Santa run

8 of the best pictures from London’s largest Santa run