YouTuber Mark Rober spent months building the device to cover thieves in glitter and fart spray if they took a parcel from his porch.

A former Nasa engineer has built a high-tech anti-theft device to horrify thieves who steal Christmas packages from outside people’s homes.

Frustrated after a parcel was stolen from his porch in California, YouTuber Mark Rober spent months building a bait trap which would cover thieves in glitter, stink spray and shame when they opened it. 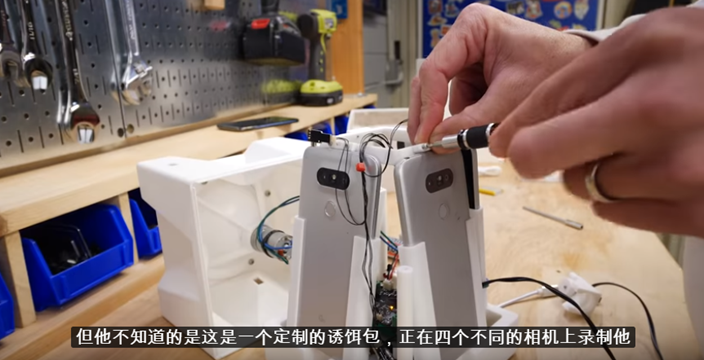 “Someone stole a package from me. Police wouldn’t do anything about it so I spent the last six months engineering up some vigilante justice.

The footage has been viewed nearly 25 million times on YouTube since he shared it on Monday.

Hidden inside the box for a smart speaker is an accelerometer – so the device knows when it is jostled or shaken – and a GPS monitor to prime the trap if it is moved from outside Mr Rober’s home.

Four smartphones were installed to film the action from every angle, along with a can of “fart spray”, which goes off every five seconds, and “a pound of the world’s finest glitter” to be thrown everywhere after the lid is lifted off. 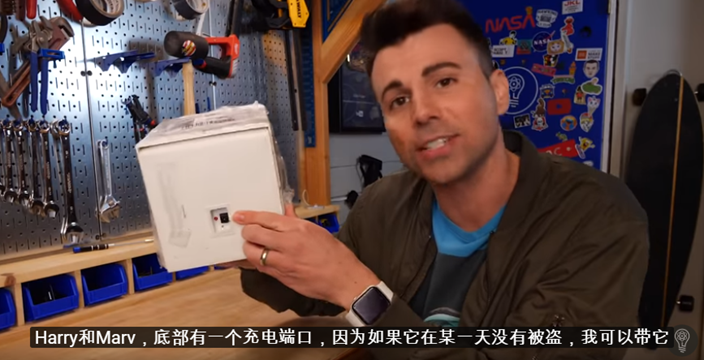 “I just felt like something needs to be done to take a stand against dishonest punks like this,” said Mr Rober, who worked at the American space agency for nine years and has more than four million followers on YouTube for his bizarre and amusing inventions. 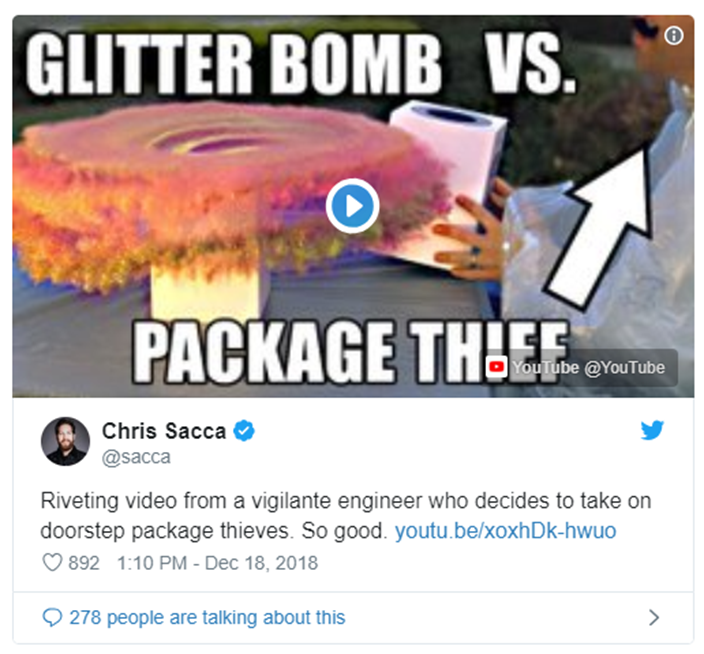 By way of a warning to more observant criminals, he addressed the package to “Harry and Marv” – the villainous burglars in classic Christmas film Home Alone – sent by “Kevin McCallister”, Macaulay Culkin’s prankster hero in the film.

The results did not disappoint.

After getting an alert that the package had been taken, Mr Rober traced it to a nearby car park where he found it dumped on the ground, open and surrounded by traces of glitter.

“This is like recovering the black box from a crashed airplane,” he said.

The recovered footage showed a young man open the package only to be covered in a cloud of glitter.

He swiftly discards it in a fit of sweary, incredulous anger. 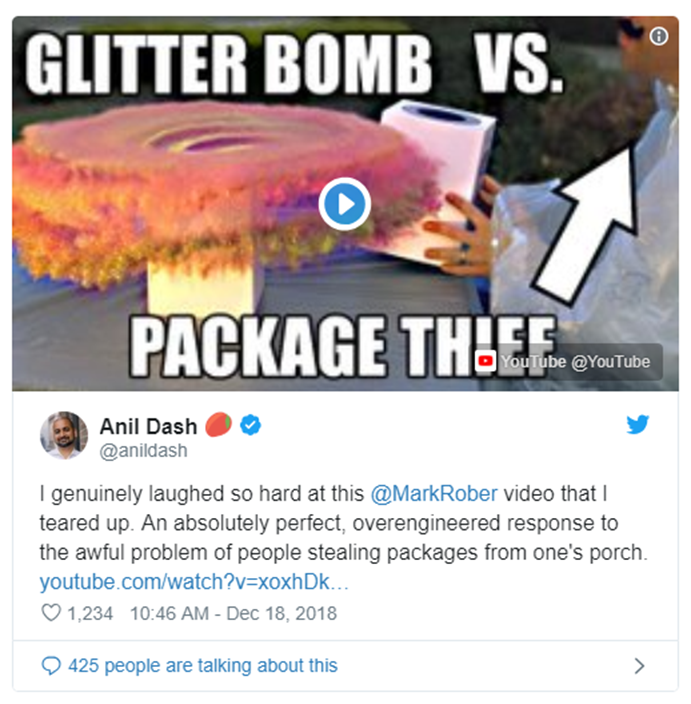 Mr Rober loaned the trap to a friend who had also been a victim of package thefts, catching a further four thieves in the process.

“Get that shit out of here, you shouldn’t even have grabbed that shit,” says one man to his friend as they contemplate what to do with a car full of glitter and fart spray.

“The moral of the story is don’t take other people’s stuff,” concluded Mr Rober.