Memphis suited up just 10 healthy players and was minus star Mike Conley, who sat because of soreness in his left knee. Starters Kyle Anderson and Jaren Jackson Jr. also were sidelined.

Williams' 26-foot shot with 2:55 left tied it, and his deep jumper 38 seconds later gave the Hornets the lead for good at 93-90. Williams finished with 14 points. 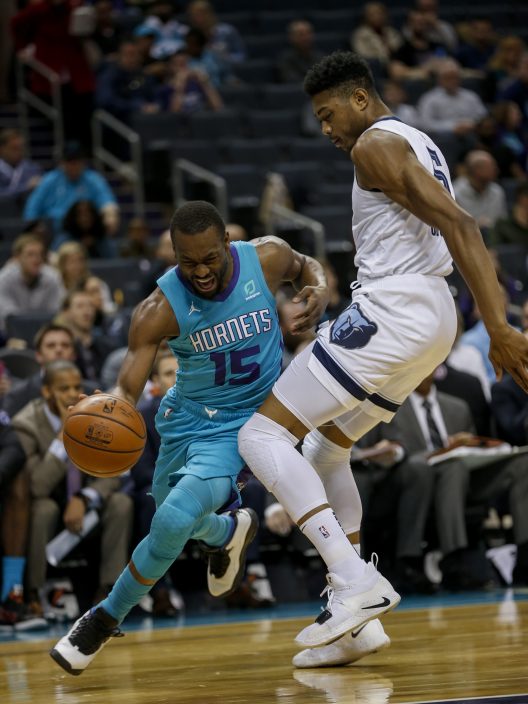 Malik Monk, who scored 14 of his 20 points in the fourth quarter, had two 3-pointers in the period. The Hornets were shooting just 36.8 percent from 3-point land through the third quarter.

Biyombo had just one point but made a difference on the defensive end. The 6-foot-9 center blocked JaMychal Green's dunk attempt with 1:48 to go and swatted away a layup attempt by Shelvin Mack 20 seconds later. Biyombo finished with seven rebounds and three blocks.

Mack led Memphis with 19 points and nine assists and Justin Holiday and Ivan Rabb added 15 points each for the Grizzlies. 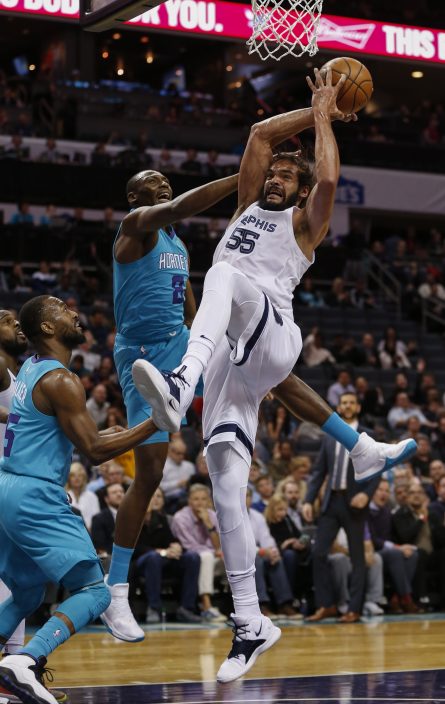 Grizzlies: Memphis also was without Omri Casspi (right knee) and Garrett Temple (shoulder) . Memphis has lost 28 of its last 36 games and 17 of its last 19 since Dec. 26. . Marc Gasol, who averages 15.7 points per game, didn't score until late in the second quarter.

Hornets: Charlotte swept the series for the second year in a row. . Tony Parker was listed as questionable ahead of the game after missing Wednesday's contest with an ankle issue but was cleared to play late Friday. He scored 15 points. . Charlotte shot just 35 percent from the field in the first quarter and turned the ball over four times, resulting in nine points for Memphis. . Starter Jeremy Lamb played just six minutes in the first half, missing his first four shots. Lamb finished with six points. 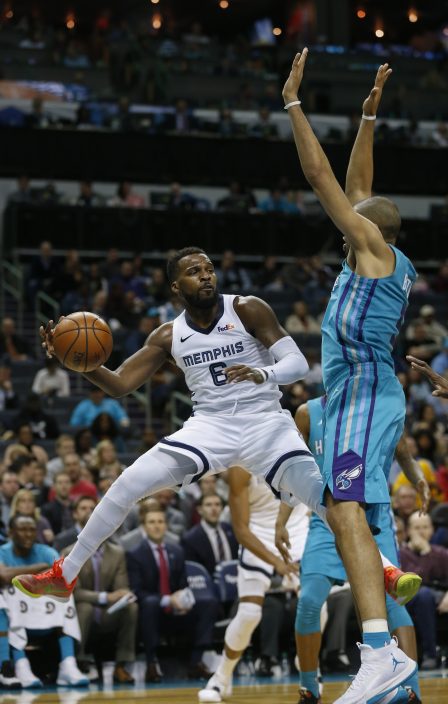 Hornets center Cody Zeller, who had surgery in early January to repair a broken right hand after being injured Dec. 31 against Orlando, is "close" to returning, says Hornets coach James Borrego. "How close I can't be specific yet, but we're getting there. He looks great," Borrego said. Zeller was averaging 9.3 points and 6.2 rebounds per game before getting hurt. 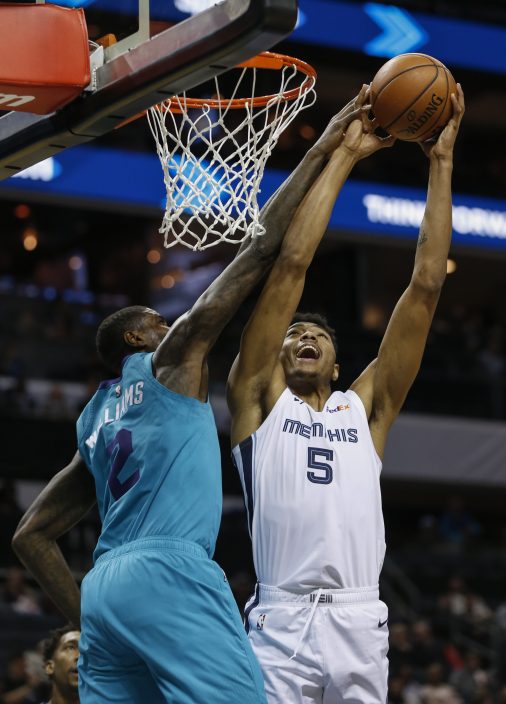 Despite a losing record and a 14th place standing in the Western Conference, Grizzlies coach J.B. Bickerstaff says he's happy with his team's effort. "Our guys don't lay down," he said. "We may get beat, whatever may happen, but most nights — every now and then you have that NBA night — but most nights you're going to have to take it from us if you want to beat us."