Kemba Walker is preparing for his third NBA All-Star game — and his first as a starter — this weekend on his home court in Charlotte, North Carolina, where he once shouted "This is my city!" after a game-winning shot.

The big question is how many more he'll play in as a member of the Hornets.

The eight-year NBA veteran is set to become one of several All-Star free agents in July and will surely be an attractive option for more than a few teams. 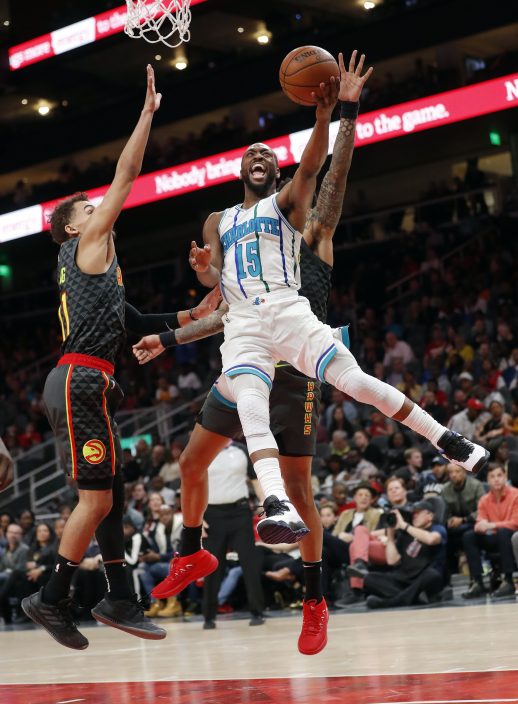 On the surface, it seems like Walker re-signing a long-term deal is a no-brainer — he has repeatedly stated his desire to continue playing for the Hornets, and the organization wants him back.

But there are other factors at play.

For the highly competitive Walker, he hasn't much of a supporting cast and he's only been to the playoffs twice in his previous seven seasons, losing both times to the Miami Heat in the first round. So the chance of going to an established winning team before too much of his career slips away could be luring. 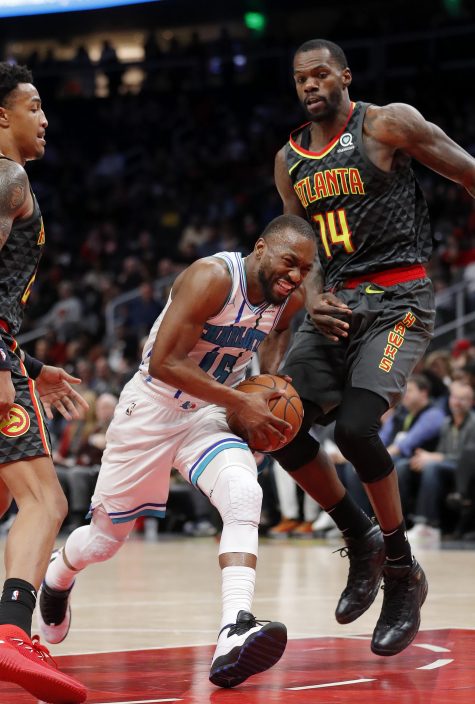 The Hornets and owner Michael Jordan have something to think about, too.

"I sense Kemba is the kind of guy who just wants to trust in an organization — that we're always trying to do the right thing," said Mitch Kupchak, in his first season as the Hornets general manager. "I do know he likes Charlotte. I know he's a loyal person. So I think those things bode well for us. But we're a long way off." 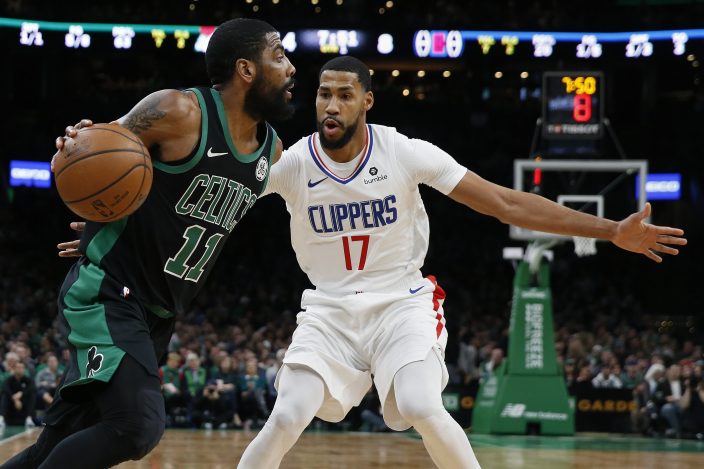 The Hornets did not attempt to trade Walker last week, a sign they are confident he will re-sign.

But ultimately, Kupchak said, the decision on whether Walker returns "is a question for Kemba, because really what he thinks is much more important than what I think."

Before the season, Walker said he didn't want to play anywhere other than Charlotte, downplaying the notion he'd go looking for a so-called "super team." 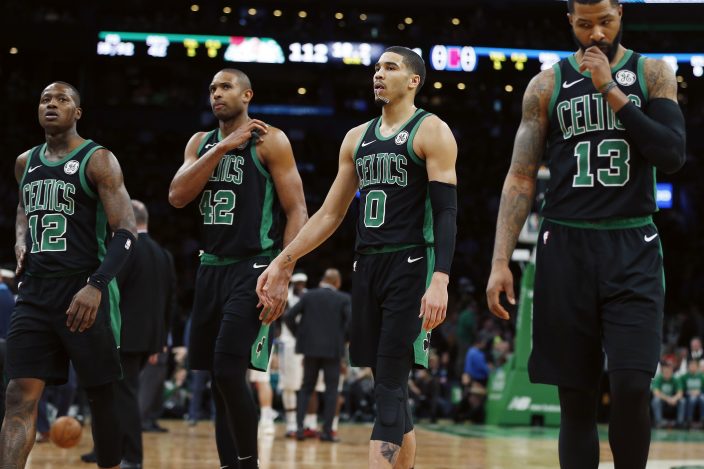 Boston Celtics' Terry Rozier (12), Al Horford (42), Jayson Tatum (0) and Marcus Morris (13) walk to the bench during a timeout in the second half of the team's NBA basketball game against the Los Angeles Clippers in Boston, Saturday, Feb. 9, 2019. (AP PhotoMichael Dwyer)

Walker hasn't changed his stance in the five months since, even as the Hornets continue to muddle around a .500 mark, just above the playoff cutline. 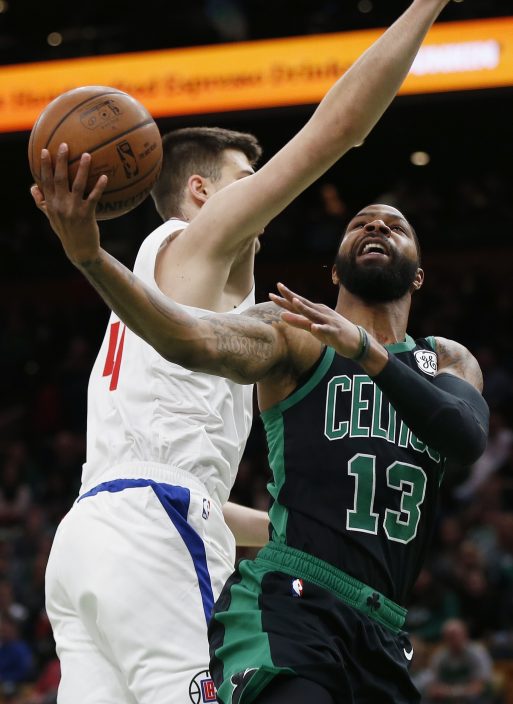 Maybe the Celtics could use a pep talk from the Super Bowl champion New England Patriots.

Marcus Morris questioned the Celtics' toughness after they surrendered leads of 28 points to the Clippers and 18 points to the Lakers on their home court, dropping them to fifth place in the Eastern Conference standings.

Morris went on to say it's not been fun playing for the Celtics because they aren't acting like a team.

"I watch all of these other teams around the league and guys on the bench are up jumping on the court and looking like they are enjoying their teammates' success, and they are playing together and playing to win," Morris said. "When I look at us, I see a bunch of individuals."

Making matters worse, All-Star point guard Kyrie Irving sprained his right knee Saturday night and is listed as day-to-day. It's not the same knee that caused Irving to miss the last 15 regular-season games and all of the playoffs last season. 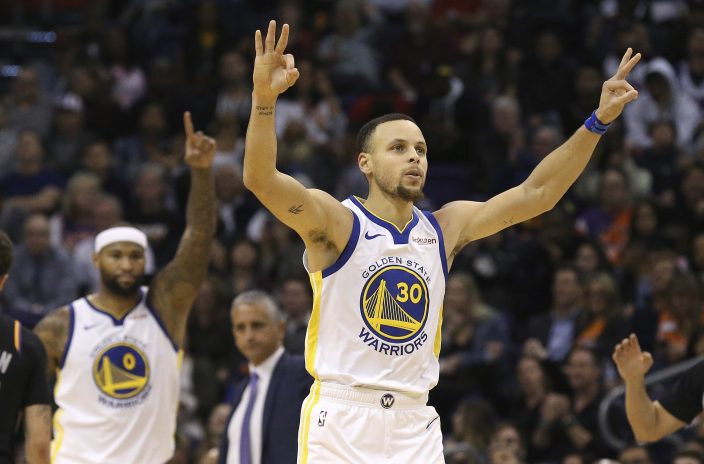 Golden State Warriors guard Stephen Curry (30) celebrates his 3-pointer against the Phoenix Suns along with Warriors center DeMarcus Cousins (0) during the second half of an NBA basketball game Friday, Feb. 8, 2019, in Phoenix. The Warriors defeated the Suns 117-107. (AP PhotoRoss D. Franklin)

As it works out, Stephen Curry and his younger brother Seth can share a cross-country flight back to Charlotte on Thursday for the NBA All-Star weekend. The Curry brothers face each other on Wednesday night when Seth's Trail Blazers host older brother Stephen's Warriors in Portland, Oregon.

The Currys will be competing against each other in the 3-point shootout, which brings some added zest to a competition that includes Walker and defending champion Devin Booker and former champion Dirk Nowitzki. 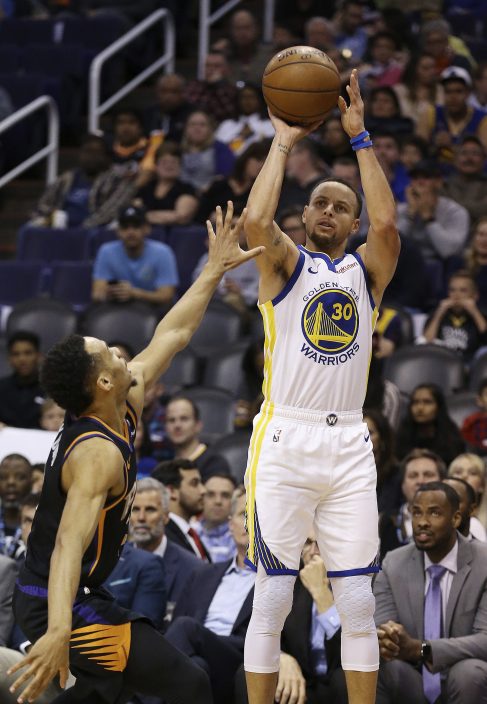 "I know he'll want to beat me," Stephen Curry said.

This is the first time the All-Star game will be held in Charlotte since 1991, when Michael Jordan was a playing in the game, not hosting it as an NBA owner.

As usual, the game figures to attract plenty of celebrities.

Boxer Floyd Mayweather will host a celebrity go-kart challenge on Friday. Former NBA All-Star MVP Allen Iverson, who lives in Charlotte, is hosting a party, as are rappers Rick Ross, Doug E. Fresh and Deniro Farrar. There will also be a DJ performance by rapper Snoop Dogg.