Gregg Popovich had watched his players struggle to guard their men, and finally decided he wouldn't even let them try.

So a night after they surrendered 130 points in a loss at New York, his San Antonio Spurs were in a zone defense in the first quarter of their game against the Brooklyn Nets.

It wasn't something the Spurs had practiced all that much and something they rarely needed to consider most years. But even if it's not played perfectly, he knew just the sight of a zone is sometimes enough to throw off an opponent. 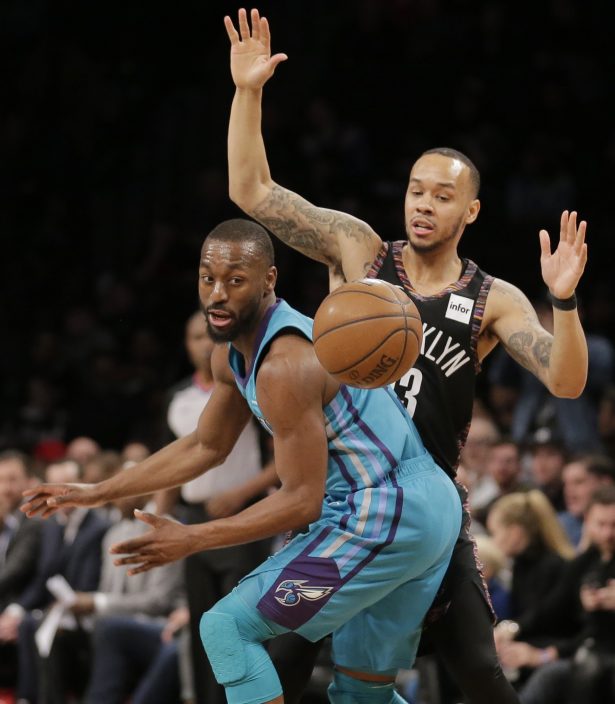 Charlotte Hornets' Kemba Walker, left, and Brooklyn Nets' Shabazz Napier watch the ball get away during the second half of an NBA basketball game Friday, March 1, 2019, in New York. The Hornets won 123-112. (AP PhotoSeth Wenig)

"In general, NBA teams have no clue what to do when somebody plays a zone," Popovich said. "They mostly automatically stand there and the ball moves around the horn and after a while somebody might attack a seam or do a little high-low or overload or something like that, but basically players get in mud. It doesn't matter what team it is, they just get in mud."

It's hard to understand exactly why.

Zone has been allowed in the NBA since 2001, and even before that, most players probably played on or against teams that employed it when they were younger. The principles of how to beat one haven't changed much: Move the ball around, inside and out, to create gaps in the defense, and then get into those gaps for open shots. 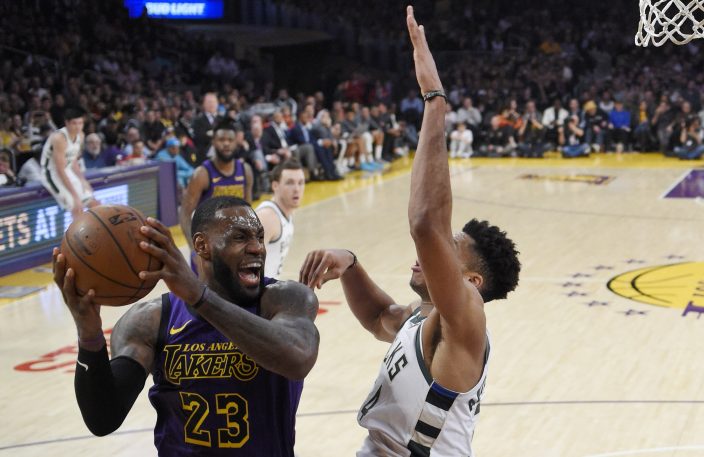 Yet for some reason, suddenly the best players in the world forget all that when they see one in a game.

"It's strange. Like, NBA guys, they just freeze when they see zones," Charlotte coach James Borrego said. "'Coach, what do you want us to run? They're in zone.' They panic."

Zone can help a team that's deficient in its man-to-man coverage, and that's where the Spurs are now without Danny Green, Kyle Anderson and Dejounte Murray, who Popovich considered his best defenders last season. They limited the Nets to 101 points Monday, so zone will likely continue to be an option for San Antonio, with Popovich believing players feel more crowded offensively against it.

Brooklyn has played plenty of zone this season. Coach Kenny Atkinson has seen teams adjust to it lately, but that doesn't worry him much. The more opponents fret about the zone, the less time to fine-tune everything else.

"The more we play it, the more I see teams starting to put in some stuff," Atkinson said, "which I don't mind because now they've got to do all their man-to-man stuff and they've got to take another 10 minutes and work on Brooklyn's zone. So it doesn't necessarily bother me that they're putting in stuff."

The Lakers begin the week with a game they desperately need to win to boost their fading playoff hopes.

Lose to the Clippers on Monday, and they drop another game in the Western Conference with things only getting tougher as the week goes on. They host second-place Denver on Wednesday and Boston on Saturday.

But even if things go poorly, LeBron James should have something to celebrate during the week.

James should pass Michael Jordan and move into fourth place on the NBA's career scoring list during the week. With 32,253 points, James begins the week 39 behind Jordan's total of 32,292.

OTHER THINGS TO WATCH THIS WEEK:

Heat at Hornets, Wednesday. Somebody is going to win the Southeast Division, and these teams are in the mix despite being below .500.

Thunder at Trail Blazers, Thursday. The teams battling for the No. 3 seed in the West meet in Portland.

Nuggets at Warriors, Friday. Golden State begins the week with a 1½ -game lead over Denver in the West.

Pacers at 76ers, Sunday. Philadelphia hopes Joel Embiid is back by a game that could determine third place in the East.

FIFTY WILL BE NIFTY

Milwaukee brings an NBA-leading 48-15 record into the week and will be eyeing its first 50-win season in 18 years.

The Bucks visit Phoenix on Monday, then return home for games against Indiana and Charlotte before wrapping up with a visit to San Antonio on Sunday.

A surprising surge to the sixth spot for Brooklyn has come to a halt. The Nets are coming off three straight losses to teams behind them in the East, a dangerous time for a collapse.

They are now battling Detroit for that No. 6 seed and not that far ahead of the teams fighting for eighth and ninth.

Brooklyn has winnable home games this week against Dallas and Cleveland, and if the Nets don't get them it will be cause for concern, because after that, wins are hard to find on the remainder of their schedule. They begin a seven-game trip next week, mostly to the West and against playoff teams, that will take them to the end of the month, and even when they get home things don't get better. Their first three games back will be against Boston, Milwaukee and Toronto.

"This is the NBA, and this time of year teams really start to make a push," coach Kenny Atkinson said. "Every team has risen their level, but our level has stayed the same or even been below what it was. That's not going to get it done."