A prominent far-right activist in Austria says he is being investigated over a possible donation received from the alleged Christchurch mosque gunman.

He said the "disproportionately high donation" came from a person named Tarrant — the same surname as the suspected Christchurch shooter. 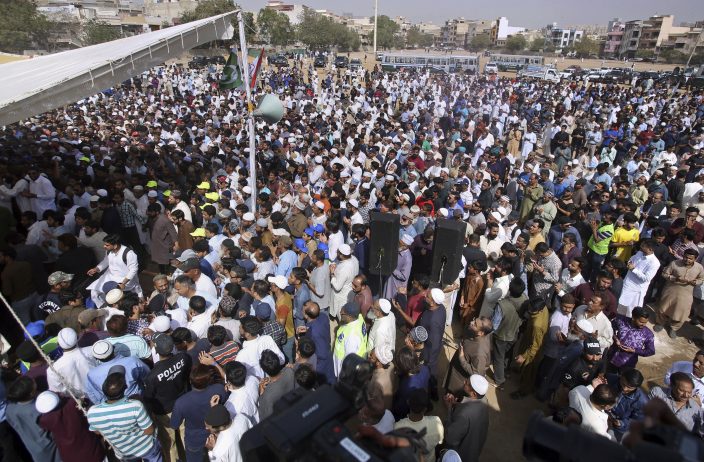 Mourners attend funeral prayers for Syed Areeb Ahmed, a victim of the Christchurch, New Zealand mosque shootings, in Karachi, Pakistan, Monday, March 25, 2019. Ahmed was among nine Pakistanis who were killed on March 15 when a white supremacist shot people inside two mosques. Ahmed was an only son who had immigrated to New Zealand for work, according to his uncle Muhammad Muzaffar Khan. (AP PhotoFareed Khan)

Sellner said he's being investigated on suspicion of "forming or being a member of a terrorist organization," which he denied.

Christoph Poelzl, spokesman for Austria's Interior Ministry, confirmed Tuesday that the country's BVT domestic intelligence agency searched Sellner's home at the request of prosecutors in the city of Graz. He referred further questions to prosecutors, who couldn't immediately be reached for comment.

The voices of the players and both ...