Alex Ovechkin scored his NHL-leading 49th goal of the season to snap a four-game drought and help Washington beat the Carolina Hurricanes 4-1 on Tuesday night, increasing the Capitals' division lead.

Ovechkin snapped a shot past Petr Mrazek for the go-ahead goal 4:31 into the third period for his third goal in 10 games. With his 656th career goal, Ovechkin tied Brendan Shanahan for 13th on the all-time list.

T.J. Oshie and John Carlson also scored. Braden Holtby made 27 saves and Nicklas Backstrom added an empty-netter off a pass from Ovechkin as the Capitals won their second straight. Evgeny Kuznetsov had three assists on his bobblehead night. 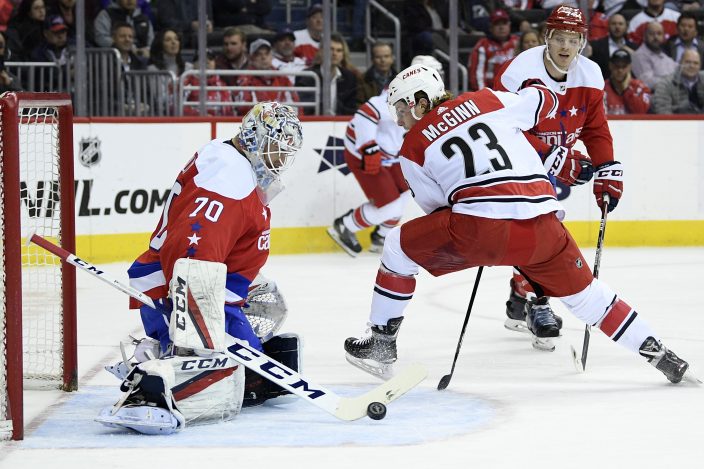 Washington increased its lead to three points over former coach Barry Trotz and the New York Islanders atop the Metropolitan Division.

Dougie Hamilton scored and Mrazek finished with 24 saves for Columbus.

Ryan Dzingel, Artemi Panarin, Oliver Bjorkstrand and Cam Atkinson scored, and Bobrovsky finished with 26 saves and his eighth shutout of the season for the Blue Jackets, who are fighting to get above the wild-card line in the Eastern Division with six games to play.

Thomas Greiss, who had shut out Columbus twice this season, finished with 29 saves.

Watchdog: Israel moves ahead with hundreds of settler h ...

Israel is moving forward on plans ...