For the last two years, they were the final two steps in what had become LeBron James' annual climb to the NBA Finals.

Now that he's gone, maybe the Toronto Raptors and Boston Celtics are done being stepping stones.

They are among the teams capable of winning the Eastern Conference, which no longer has its longtime ruler and has plenty of candidates ready to replace him. 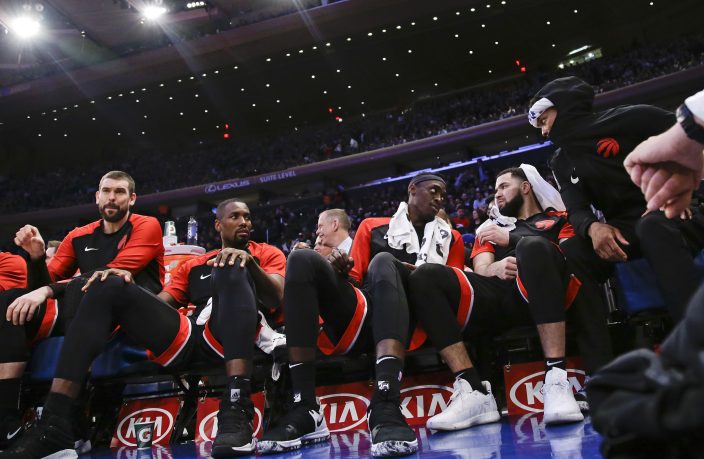 "Top of the East is awfully good," Celtics coach Brad Stevens said. "It's a different East than it was the last couple of years, that's one thing, and so I would say that we'll see. We'll see how it all plays out."

It played out the same way the last two years. The Raptors went out weakly in the second round, swept by James' Cleveland Cavaliers, before a banged-up Boston team put up as good a fight as it could in the conference finals before falling.

The Raptors made wholesale changes even after winning 59 games last season, firing Coach of the Year Dwane Casey and promoting Nick Nurse, and trading DeMar DeRozan in the deal to get Kawhi Leonard. They are likely to be the No. 2 seed behind Milwaukee, and Nurse said they're ready for the postseason. 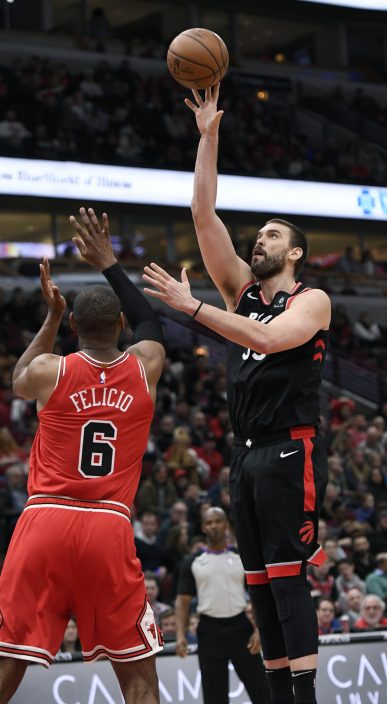 Toronto Raptors' Marc Gasol, right, of Spain, goes up for a shot against Chicago Bulls' Christiano Felicio, left, of Brazil, during the first half of an NBA basketball game, Saturday, March 30, 2019, in Chicago. (AP PhotoPaul Beaty)

Leonard looks healthy, Pascal Siakam has blossomed into a Most Improved Player award candidate, and the midseason acquisition of Marc Gasol has fortified the interior. Toronto can play big or small and can match up with any style of play or opponent — even if James was still around.

"When I say I feel like we're ready to play, that has nothing to do with who we're going to be playing," Nurse said, "either first round, second round, third round, however it rolls out. I just feel good about who we are and I continue to say that as each week or even game goes by, that our sense of who are in that locker room continues to grow a little bit and as a head coach I think that's what you want this time of year."

Stevens' team is a little tougher to evaluate. Widely considered the East favorite going into the season, the Celtics are hoping just to beat out Indiana for the No. 4 seed so they don't have to start every round on the road. Boston hasn't put together consistency long enough to look like a team ready to meet its preseason expectations. 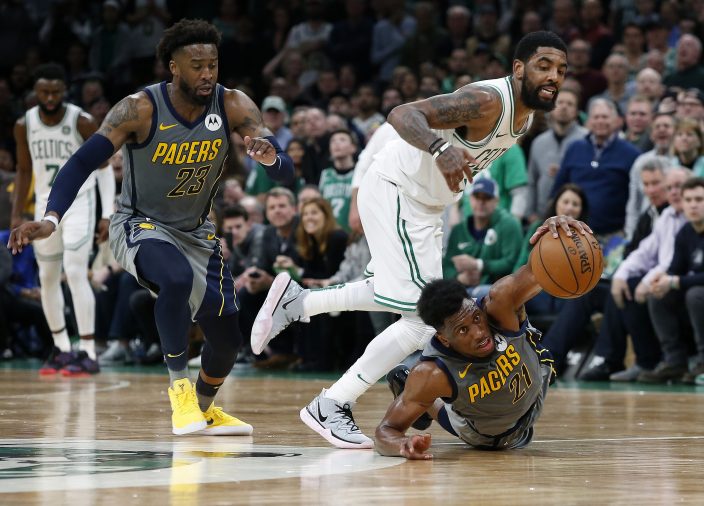 But, at least the Celtics are relatively healthy. Isaiah Thomas couldn't make it through the postseason two years ago because of a hip injury, and Kyrie Irving and Gordon Hayward were gone long before it last year. As long as the talent is healthy, there's too much of it to count out the Celtics.

This is no joke: Two of the worst teams in the NBA are going to win Monday.

That's because the bottom four of the league will be in action against each other.

Chicago visits the New York Knicks, who get a final chance for a victory on their six-game homestand. Phoenix hosts Cleveland later to wrap up the April 1 schedule.

New York is an NBA-worst 14-62, needing a good final stretch to avoid finishing with the worst record in franchise history. The Knicks were 17-65 in 2014-15.

Phoenix (17-60) has the worst record in the Western Conference, while Cleveland (19-58) and Chicago (21-56) round out the bottom four. The Bulls have lost four in a row, the Cavaliers five straight, and the Knick and Suns are on six-game skids.

The bottom three teams will all have 14 percent odds of winning the draft lottery under new rules implemented for this season.

OTHER GAMES TO WATCH

Denver at Golden State, Tuesday. A game that could go a long way in determining how the West will be won.

Milwaukee at Philadelphia, Thursday. Injuries may prevent a rematch of a good one from March 17, when Giannis Antetokounmpo scored a career-high 52 points and Joel Embiid answered with 40 points and 15 rebounds in the 76ers' 130-125 victory in Milwaukee.

Boston at Indiana, Friday. They are tied for fourth place in the Eastern Conference after Kyrie Irving's basket with 0.5 seconds left gave the Celtics a 114-112 victory on Friday.

Final Four, Saturday. Just a two-game night in the NBA, allowing time to check out guys who might be there soon.

Phoenix at Houston, Sunday. James Harden vs. Devin Booker has the makings of a high-scoring duel.

The NBA G League is down to its last four teams, with both conference finals set for Tuesday.

The Long Island Nets will play the Lakeland Magic in the East, with the Santa Cruz Warriors and Rio Grande Valley Vipers in the West. Both matchups, like all series in the first three rounds, are single elimination.

The G League Finals are best-of-three.

Both games Tuesday will be televised by ESPNU.

The Latest: Kerber advances to 4th round at Australian ...