Protesters who have blocked London roads and bridges for more than three days say they will escalate their civil disobedience campaign if the British government doesn't step up action against climate change.

Hundreds of demonstrators have blocked sites including Waterloo Bridge over the River Thames and the Oxford Circus and Marble Arch intersections since Monday.

The protest sites have sprouted tents, sound systems and even an ice cream van. Traffic is snarled and bus routes have been disrupted, to the frustration of commuters. 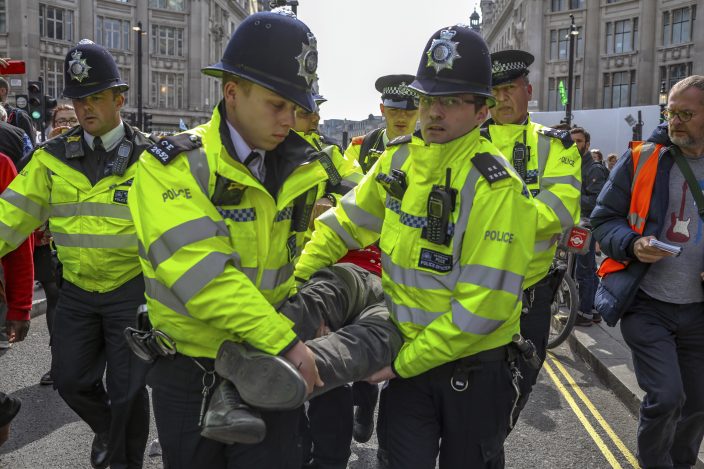 Police arrest protesters as they block traffic on London's Oxford Circus, Thursday, April 18, 2019. The group Extinction Rebellion is calling for a week of civil disobedience against what it says is the failure to tackle the causes of climate change. (AP PhotoVudi Xhymshiti)

Police have made more than 420 arrests.

Gail Bradbrook of protest group Extinction Rebellion said Thursday that "more people are joining us all the time."

Home Secretary Sajid Javid says protesters "do not have the right to break the law and significantly disrupt the lives of others."

As in many Afghan households, dinn ...