CC Sabathia played stopper again for the Yankees in earning his first win of the season and Brett Gardner hit a two-run homer to help New York beat the Kansas City Royals 6-2 on Friday night.

Mike Tauchman also went deep and the Yankees got four solid innings from their bullpen to bounce back from a listless performance against the last-place Royals in the series opener. Held without an extra-base hit Thursday for the first time since Aug. 5, New York quickly rebounded and improved to 4-3 on its nine-game homestand.

Sabathia (1-0) did not allow an earned run over five innings, moving to 15-1 in the regular season following a Yankees loss since 2017. He gave up three hits, overcame four walks and finished with five strikeouts to leave him six shy of 3,000 for his career. 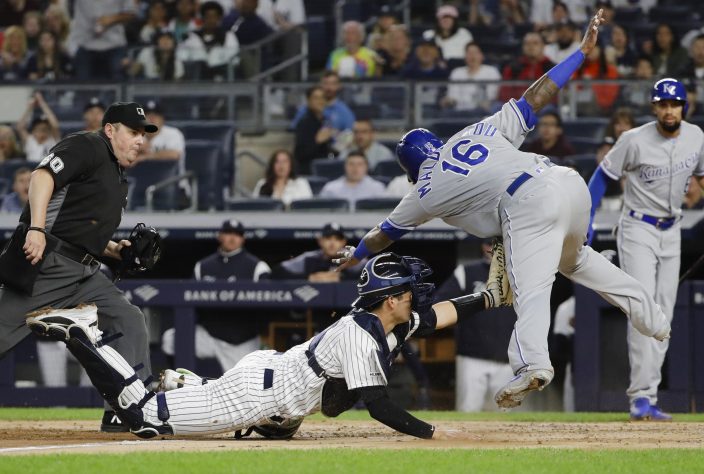 The 38-year-old lefty, who has 247 major league wins, was pulled after 86 pitches in his second start of the year following offseason operations on his heart and right knee.

Luis Cessa permitted a run on back-to-back doubles by Hunter Dozier and Alex Gordon to begin the sixth, but pinned a runner at third base with consecutive strikeouts to end the inning. Adam Ottavino, Tommy Kahnle and Zack Britton closed with hitless relief in an intermittent rain.

Gardner gave New York a 2-1 lead in the third with his drive off Jakob Junis (1-2), making his first appearance at Yankee Stadium since July 26, when his fastball broke Aaron Judge's wrist. The right-hander dropped to 0-3 in the Bronx. 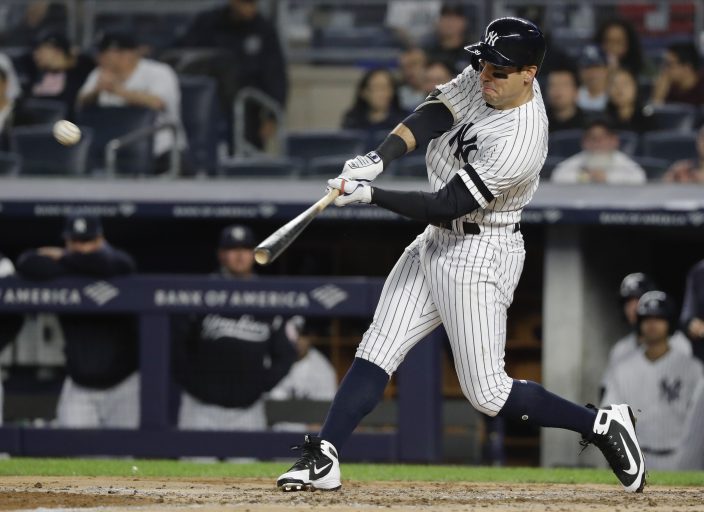 Right fielder Clint Frazier threw out a runner at the plate to aid Sabathia, and Tauchman launched his second big league homer leading off the fifth.

Judge doubled to start the sixth and scored when center fielder Billy Hamilton made a diving catch of DJ LeMahieu's bases-loaded sacrifice fly. Luke Voit, who has reached base safely in 30 straight games dating to last season, scored on a passed ball.

Kyle Higashioka hit a leadoff double in the seventh and scored when Dozier made a throwing error from third base on Tyler Wade's bunt single. 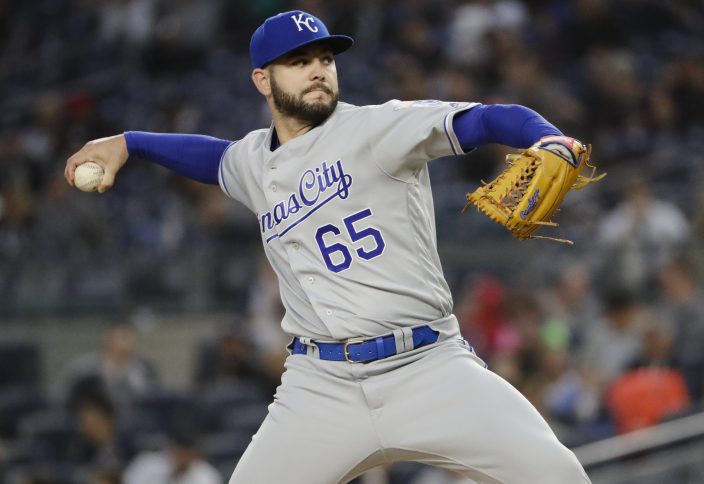 Adalberto Mondesi had an RBI single in the third when the Royals took advantage of two Yankees errors — one by Sabathia. He retired Alex Gordon on a tapper in front of home plate with the bases loaded to end the inning.

Royals: LHP Danny Duffy (shoulder impingement syndrome) is scheduled to make a rehab start Saturday night for Double-A Northwest Arkansas. Duffy has been on the 10-day injured list all season. 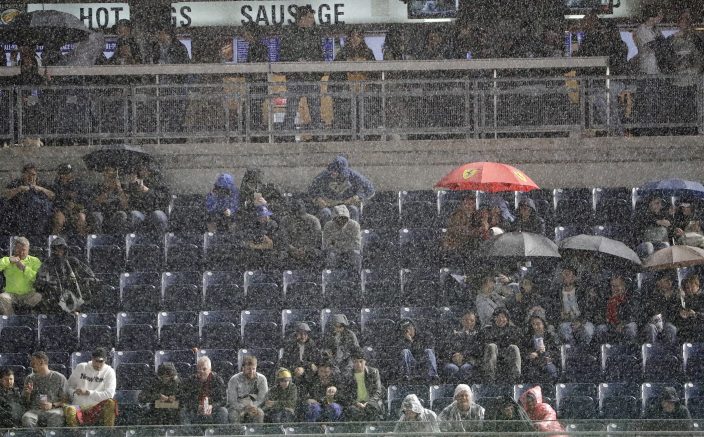 Fans endure rain during the seventh inning of a baseball game between the New York Yankees and the Kansas City Royals, Friday, April 19, 2019, in New York. (AP PhotoFrank Franklin II)

Yankees: For the first time since his injury, 3B Miguel Andújar (labrum tear in right shoulder) made throws from third to first base at about 50% effort before the game and said he felt good. Andújar and the Yankees remain optimistic he'll be able to avoid season-ending surgery. ... C Gary Sánchez (strained left calf) caught J.A. Happ's bullpen and was hoping to be cleared by the doctor to begin a rehab assignment. Sánchez is likely to need a game or two in the minors and could rejoin the Yankees on their West Coast swing, which begins Monday. He is eligible to come off the injured list Sunday. ... OF-DH Giancarlo Stanton (left biceps strain) also might be able to return at some point on the nine-game road trip, manager Aaron Boone said.

Royals right-hander Heath Fillmyer (0-0, 9.00 ERA) makes his third start of the season Saturday afternoon against RHP Masahiro Tanaka (1-1, 3.22). Fillmyer, who grew up in nearby New Jersey, took a no-decision at Yankee Stadium last July. Tanaka conceded only one earned run in each of his first three starts this year before giving up five runs and seven hits over four-plus innings Sunday in a 5-2 loss to the White Sox. In the rubble of buildings and liv ...

Offseason shopping is still in ful ...