Angels slugger Justin Bour blundered again on the bases, this time failing to run out a popup that the Seattle Mariners turned into an easy double play Friday night in a 5-3 win over Los Angeles.

After Mike Trout hit a two-run homer in the Angels eighth that made it 3-all, Albert Pujols was hit by a pitch with one out. 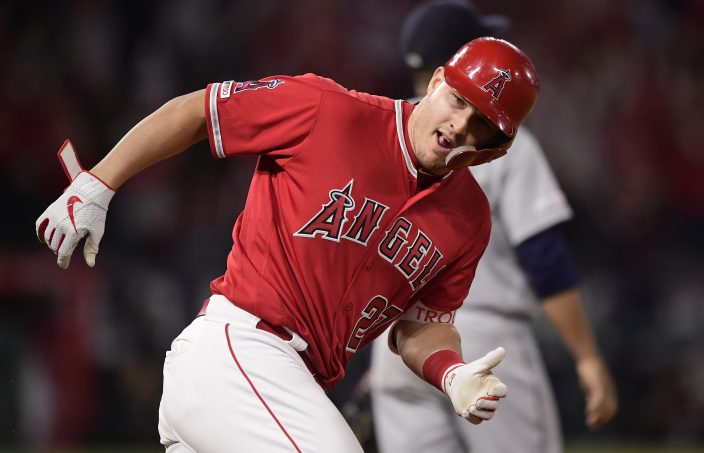 Speedy Brian Goodwin came in to pinch-run and was on the run when Bour hit a high popup to the right side of the infield. Frustrated, Bour shouted and turned away, heading back toward the bench without following the flight of the ball.

Seattle second baseman Dee Gordon saw Bour wasn't running and alertly called for the Mariners to let the ball drop as Goodwin retreated. Overshifted third baseman Ryon Healy picked up the ball on one hop off the dirt and tossed it to Beckham at second base, and the shortstop had all day to lob an easy relay to first for an inning-ending double play.

Last Saturday at Wrigley Field, Bour singled in the first inning and tried to advance on an overthrow. Bour lumbered toward second base, slid in and was called safe. But convinced he was out, he simply left the bag and began walking back to the dugout, and was tagged by the Cubs' Javier Baez halfway between second and first. 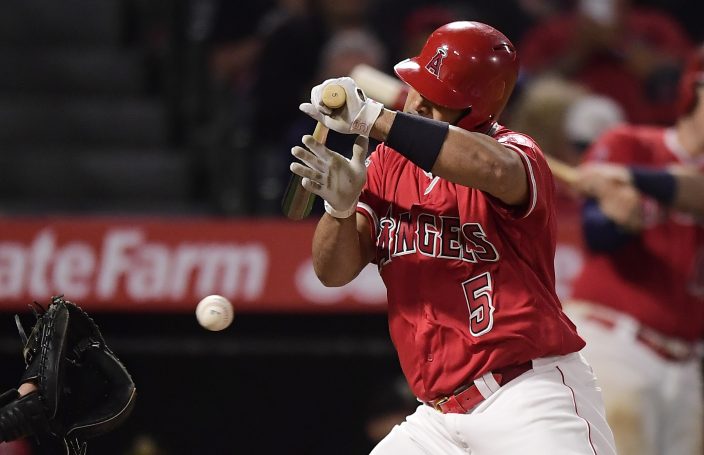 Los Angeles Angels' Albert Pujols is hit by a pitch during the eighth inning of the team's baseball game against the Seattle Mariners on Friday, April 19, 2019, in Anaheim, Calif. (AP PhotoMark J. Terrill)

The play came less than a week after Bour singled against the Cubs and advanced to second on an overthrow, but walked off the field even though he was called safe while advancing. Cubs infielder Javier Baez then placed the tag on Bour as he walked back to the Angels' dugout.

Jay Bruce and Dan Vogelbach connected earlier as the Mariners extended their major league home run lead to 49 in 23 games. 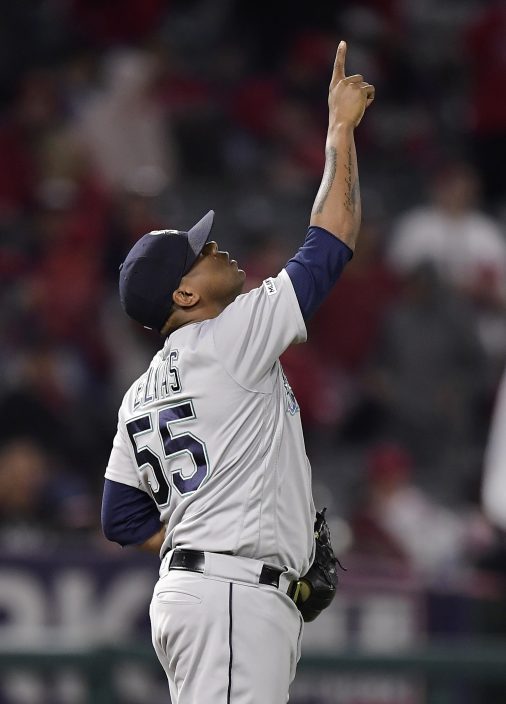 Trout's home run, his sixth, was his first since returning to the lineup Monday following a right groin strain.

Zac Rosscup (2-0) picked up the win, inducing the popup from Bour. Roenis Elias pitched a scoreless ninth for his fourth save.

Angels: Shoehi Ohtani had a pregame batting practice session with his teammates for the first time since undergoing Tommy John surgery in October and said he hopes to return to action for a March 4-5 series against the Houston Astros. The Angels have not given a timetable for his return.

UP NEXT: Mariners LHP Yusei Kikuchi (0-1, 4.23 ERA) is scheduled to take the mound Saturday for his sixth career start, one outing after receiving the first decision of his career. Angels RHP Trevor Cahill (1-1, 4.50) will enter his fifth start having gone 5-1 with a 3.08 ERA in his last 11 starts against Seattle.

AP PHOTOS: Massive protests punctuate a week in the str ...

They held up signs and their fists ...