Derek Dietrich hit a pinch-hit two-run homer in the 11th inning to lift the Cincinnati Reds over the San Diego Padres 3-2 Friday night.

Tatis — who homered in the third inning — singled off Zach Duke with one out in the bottom of the 11th, stole second and third, and scored on Eric Hosmer's groundout. Michael Lorenzen relieved and got the final out for his first save. Wil Myers struck out to end it. 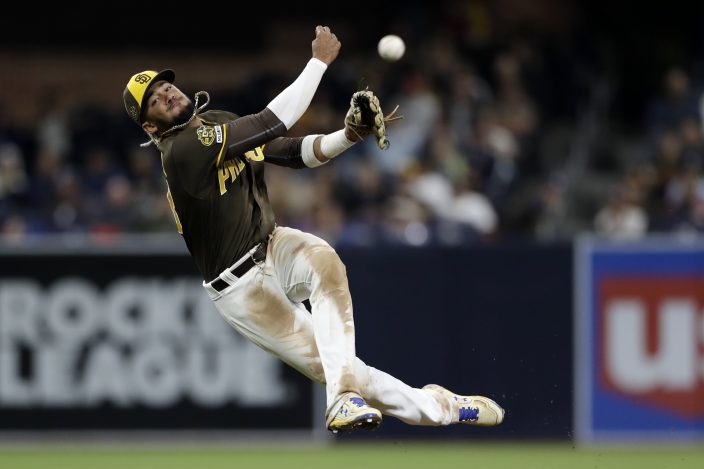 The Padres have dropped five straight. They squandered an opportunity in the 10th following Ian Kinsler's one-out double that broke his 0-for-10 skid. When Kinsler tried to turn a walking lead at second base into a stolen base, Jared Hughes (2-0) smartly adjusted his motion and pegged Kinsler at third.

Strahm retired 23 of his final 24 batters as he rebounded in his second start at Petco Park after allowing five runs in his debut that didn't last three innings. 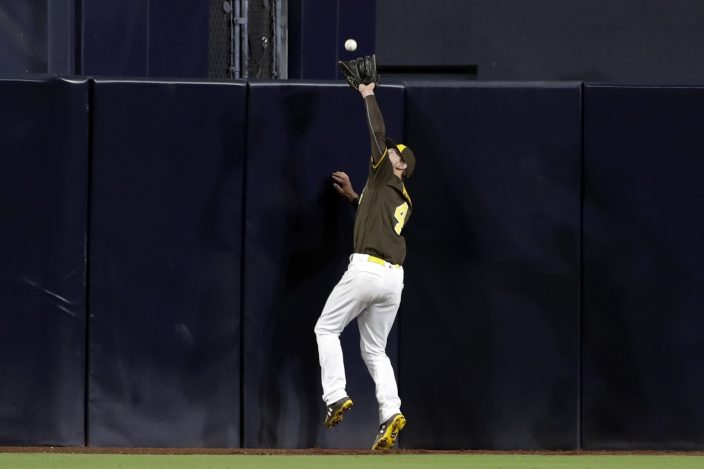 San Diego Padres center fielder Wil Myers makes the catch at the wall for the out on Cincinnati Reds' Yasiel Puig during the seventh inning of a baseball game Friday, April 19, 2019, in San Diego. (AP PhotoGregory Bull)

Reds right-hander Anthony DeSclafani pitched six innings and was charged with a run, two hits and a walk in his best outing of the season.

DeSclafani struck out six and excelled despite three errors behind him. He stranded the go-ahead run at third base in each of his last two innings.

The Padres also got the go-ahead runner to second in the seventh against reliever David Hernandez, but he retired Austin Hedges on a deep fly to right. 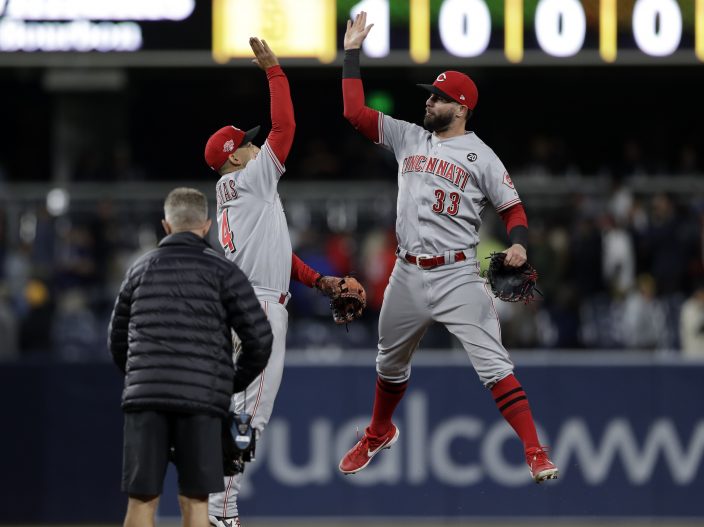 The Reds had a similar situation in the ninth versus closer Kirby Yates. But with Joey Voto on second, Yates fanned Yasiel Puig.

Tatis tied it at 1 with a solo homer, his sixth on the year. The 20-year-old extended his hitting streak to eight games and tied a Padres rookie record with three stolen bases.

Eugenio Suarez turned on Strahm's 0-2 pitch for his fourth homer to push the Reds ahead 1-0 in the first. Suarez snapped an 0-for-13 rut. 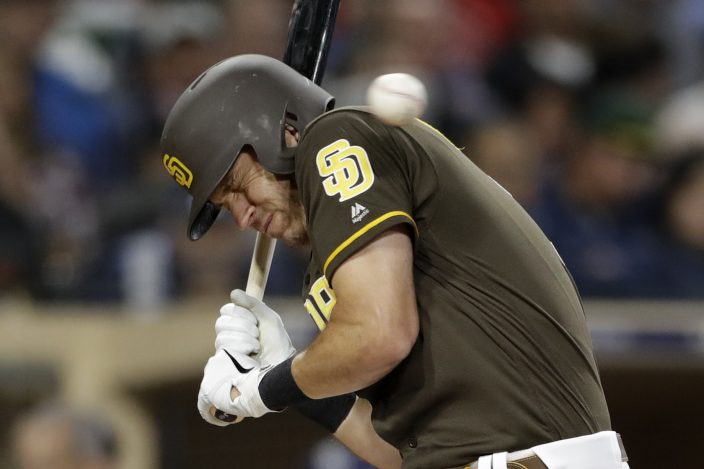 San Diego Padres' Ian Kinsler moves away from a high and inside pitch during the fifth inning of the team's baseball game against the Cincinnati Reds, Friday, April 19, 2019, in San Diego. (AP PhotoGregory Bull)

Reds: RHP Luis Castillo (1-1, 1.46) is 4-2 in his last nine appearances, which dates to September, and is scheduled to start game three of the four-game set. 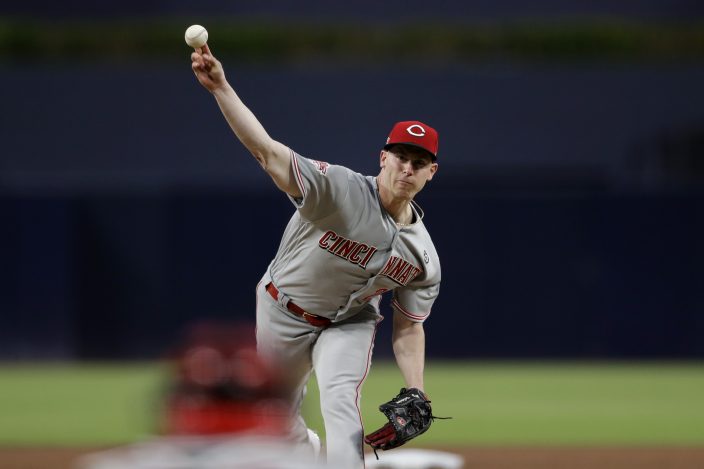 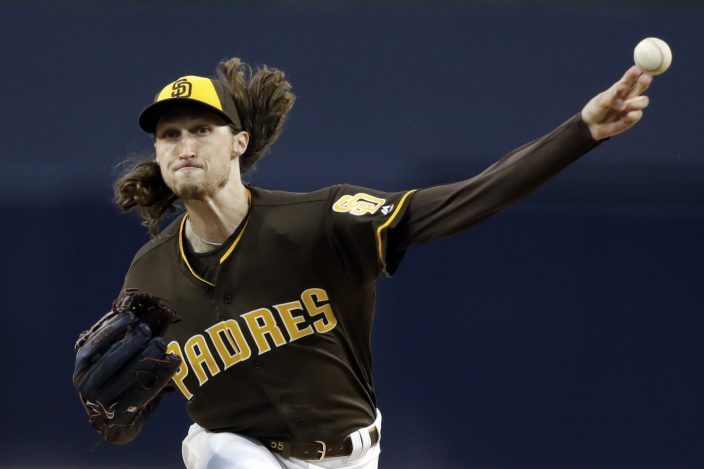