Police in Northern Ireland say they have arrested two teenagers in connection with the fatal shooting of a journalist during rioting in the city of Londonderry.

The men, aged 18 and 19, were detained under anti-terrorism legislation, the Police Service of Northern Ireland said Saturday. No further information was immediately given.

Lyra McKee, 29, a rising star of investigative journalism, was shot and killed, probably by a stray bullet, during rioting Thursday night. Police said the New IRA dissident group was most likely responsible and called it a "terrorist act." 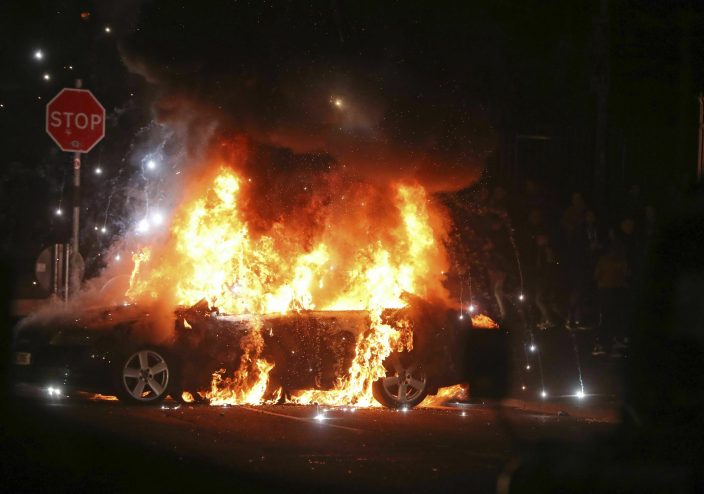 A car burns after petrol bombs were thrown at police in the Creggan area of Londonderry, in Northern Ireland, Thursday, April 18, 2019. (Niall CarsonPA via AP)

McKee rose to prominence in 2014 with a moving blog post — "Letter to my 14 year old self" — describing the struggle of growing up gay in Belfast, the capital of Northern Ireland. She recently signed a book deal. 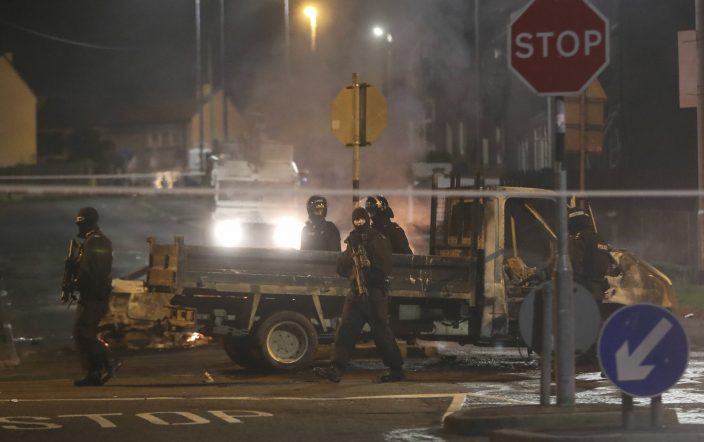 Police guard a crime scene during unrest in the Creggan area of Londonderry, in Northern Ireland, Thursday, April 18, 2019. (Niall CarsonPA via AP)

Scottish soccer was in danger of b ...