London police say more than 710 people have been arrested and some 28 have been charged since climate change protests began earlier this week in the British capital.

The Extinction Rebellion protests started Monday and have at times paralyzed parts of London, with peaceful demonstrations at Waterloo Bridge, Oxford Circus and other key landmarks. 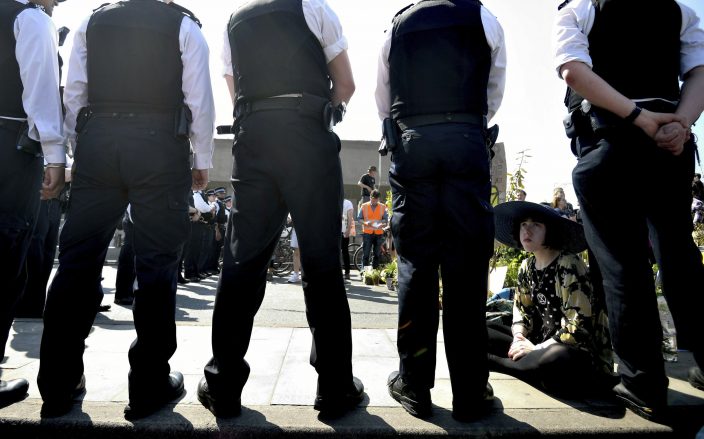 Police speak to a demonstrator on the main thoroughfare on Waterloo Bridge in central London, Saturday April 20, 2019. Climate protesters with the environmental pressure group Extinction Rebellion are once again shutting down parts of London using civic disobedience to urge residents and government to do more to protect the Earth from rising temperatures.(Victoria JonesPA via AP)

London police have taken a cautious approach rather than a massive show of force to remove the demonstrators, saying they respect the right to peaceful protest.

They still had to ask neighboring forces for some 200 additional officers to help cope with the situation, and many officers had their weekend leaves cancelled. 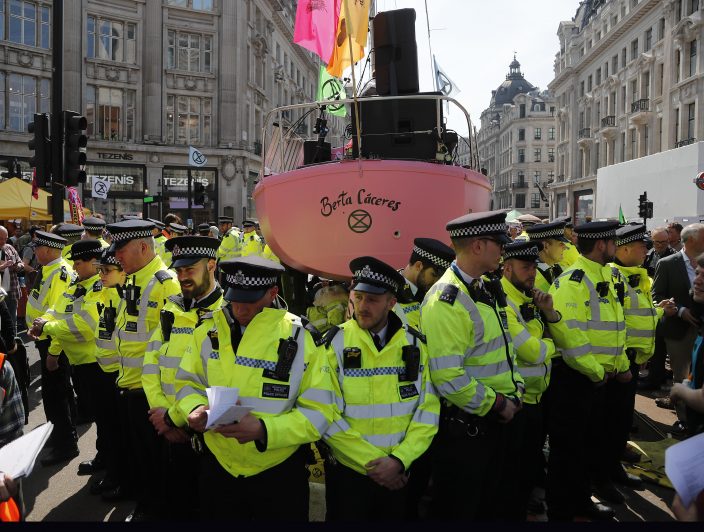 Police forces surround a boat at Oxford Circus in London, Friday, April 19, 2019. The group Extinction Rebellion is calling for a week of civil disobedience against what it says is the failure to tackle the causes of climate change. (AP PhotoFrank Augstein)