During Tuesday's visit to a military shipyard in St. Petersburg, Putin viewed the departure of the Belgorod nuclear submarine at the Sevmash plant in Severodvinsk in northwestern Russia via a teleconference.

The navy said the submarine designed to carry Poseidon drones is set to enter service next year. 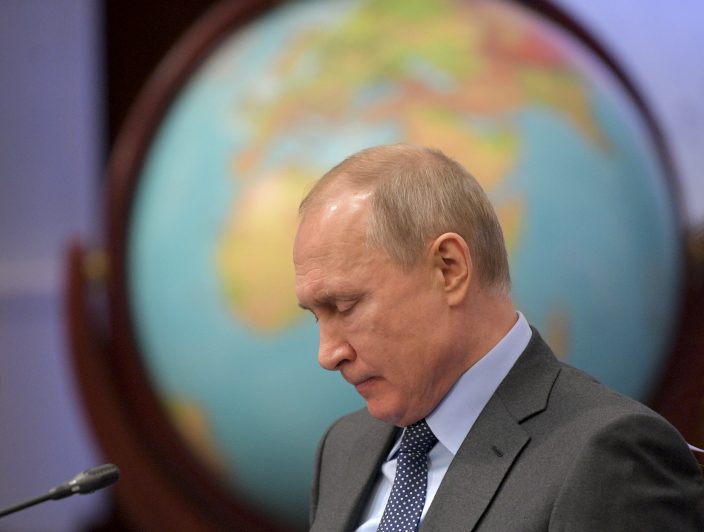 Poseidon can target coastal areas with a heavy nuclear weapon, causing a devastating tsunami wave. Putin has said its tests have been successful.

He first mentioned the nuclear-powered drone among an array of other new weapons in a state-of-the nation address last year, saying they would render U.S. missile defense systems useless.

SpaceX ready to launch NASA astronauts, back on home tu ...

A SpaceX rocket is ready to boost ...