A U.S Marine veteran from Southern California was part of a group of dissidents wielding machetes and fake guns when they stormed North Korea's embassy in Madrid and tied up and beat officials inside, federal prosecutors alleged in a criminal complaint released Tuesday.

Spain is seeking to extradite Christopher Philip Ahn on charges including robbery, illegal restraint and criminal organization. Judge Jean Rosenbluth denied bond for Ahn during a Los Angeles court hearing attended by his wife, mother and about two dozen other supporters.

The judge also denied a defense request to keep the complaint sealed. The Associated Press wrote a letter to Rosenbluth strongly objecting to keeping documents private, though the judge said she was inclined to make them public anyway since Ahn's name was already reported. 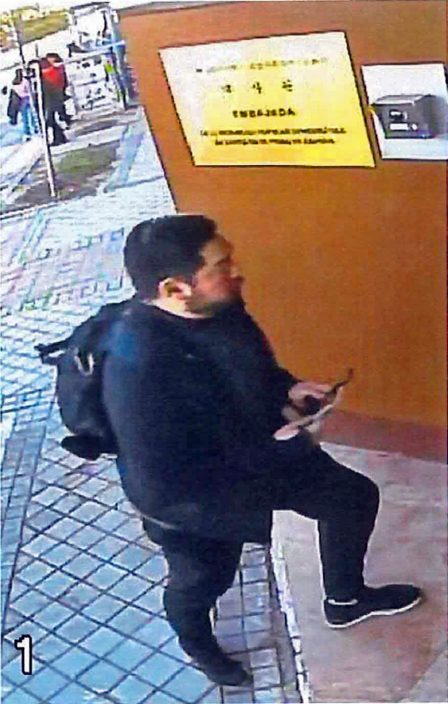 This Feb. 22, 2019 image from surveillance video at the North Korean Embassy to Spain in Madrid, contained in Department of Justice documents presented by federal prosecutors, shows U.S. Marine veteran Christopher Ahn as he prepares to enter the embassy. Ahn, suspected of involvement in a mysterious dissident group's February raid on North Korea's embassy, has been denied bond by a federal judge and must stay in custody. Ahn appeared in a Los Angeles courtroom on Tuesday, April 23. The charges against Ahn haven't been made public. (U.S. Department of Justice via AP)

Prosecutors said Ahn was arrested during a raid last week on the Los Angeles apartment of a co-defendant, Adrian Hong Chang, a leader of the Free Joseon group. Hong Chang was not at home and has not been arrested.

Free Joseon, also known as the Cheollima Civil Defense group, styles itself as a government in exile dedicated to toppling the ruling Kim family dynasty in North Korea.

Hong Chang knocked on the embassy's door Feb. 22 and asked to speak to a specific official, according to court papers filed by the U.S. Attorney's Office. After he was let inside and a worker walked away, Hong Chang opened the door and let in six other members of the group, including Ahn, according to the documents. 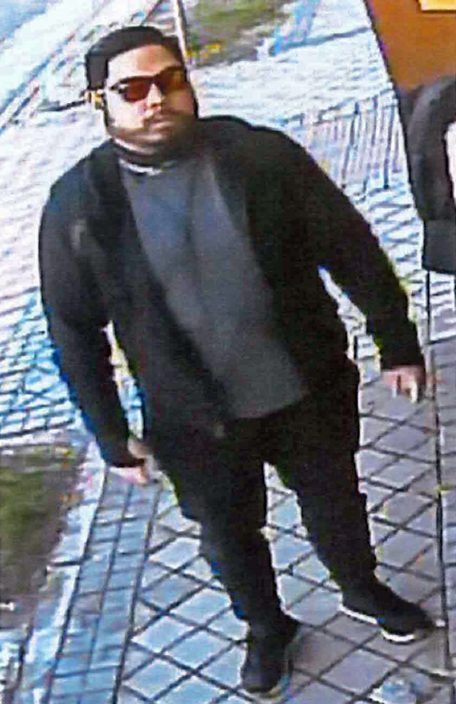 This Feb. 22, 2019 image from surveillance video at the North Korean Embassy to Spain in Madrid, contained in Department of Justice documents presented by federal prosecutors, shows U.S. Marine veteran Christopher Ahn as he prepares to enter the embassy. Ahn, suspected of involvement in a mysterious dissident group's February raid on North Korea's embassy, has been denied bond by a federal judge and must stay in custody. Ahn appeared in a Los Angeles courtroom on Tuesday, April 23. The charges against Ahn haven't been made public. (U.S. Department of Justice via AP)

The group — armed with machetes, iron bars, knives and fake guns — beat some of the workers and then tied them up with shackles and cables, prosecutors alleged. They put bags over some of the workers' heads, beat them and threatened them with the metal bars and guns, according to the court papers.

The wife of one of the embassy officials tried to escape from a terrace but fell and was injured. Another woman and a young child were guarded as the attack continued.

When Spanish police officials arrived, Hong Chang answered the embassy's front door — posing as an embassy official and wearing a pin featuring North Korea's leader on his jacket — and told the officers there was no commotion inside.

The hostages were beaten and held for hours as the group stole several "pen drives," two computers, two hard drives and a cell phone, the complaint said.

Five of the members of the group fled in three vehicles they stole from the embassy, documents said. The vehicles were later found abandoned.

As the other members of the group fled in the stolen embassy vehicles, Hong Chang hailed an Uber using the alias "Oswaldo Trump." He canceled the first ride because the Uber pulled up near police and summoned another a few minutes later behind the embassy, taking a ride to Toledo, Spain.

Three North Korean students went to the embassy, jumped over a fence and ran inside to free the workers who were still tied up.

Outside the embassy, police found a fake Italian identification card with the name "Matthew Chao" and a photo of Hong Chang. Police in Madrid also found four machetes, the imitation pistols, cable ties and a "defensive spray," the documents said. Police believe Hong Chang had purchased the items the morning of the attack.

The day after the attack, Hong Chang retuned to the U.S., flying from Lisbon, Portugal, and met with agents at the FBI's office in New York. During the interview, he turned over the items he stole from the embassy, the complaint said.

Hong Chang also told the agents he had "carried out the raid on the North Korean Embassy in Spain days before," and provided the FBI with details, the papers said.

He told agents that he and members of the group had carried — but did not display — knives and airsoft pistols.

After the attack, Hong Chang also met with FBI agents at the bureau's office in Los Angeles and told them that Christopher Ahn, a former Marine, had participated in the attack.

One of the embassy workers later identified Ahn as an attacker from his LinkedIn profile picture.

When Ahn was arrested, U.S. Marshals found a loaded .40 caliber handgun hidden in his waistband. His attorney, Callie Steele, said in court that the gun was licensed and Ahn carried it after the FBI informed him that there were threats against his life.

In court documents, U.S. prosecutors said Ahn had a "strong incentive to flee" because he faces more than 10 years in prison if he's extradited and convicted in Spain.

Steele denied Ahn was a flight risk because he was a devoted caregiver to his ill mother and 96-year-old grandmother, who is blind. The Los Angeles native received an honorable discharge from the Marines, earned an MBA from the University of Virginia, and has no criminal record, Steele said. The defense asked for home confinement during the extradition process but the judge denied the request and remanded Ahn back into custody.

He was ordered to return to court for a status hearing on July 18.

The Premier League is on course to ...