The Sudanese Professionals Association, which led months of protests that eventually forced one of Africa's longest-ruling leaders from power, says its revolution is far from over.

The umbrella group of unions succeeded where war and sanctions failed — in ending President Omar al-Bashir's three-decade rule. This week the protesters scored another victory by forcing three figures seen as too close to the ousted regime to resign from the military council that assumed power after overthrowing al-Bashir on April 11.

The SPA says protesters will remain in the streets until the military hands power to a transitional civilian government. But as the standoff continues, it risks being drawn into the maelstrom of Sudanese politics, where politicians have bickered in the capital as rebellions have raged in the far-flung provinces of one of Africa's biggest and most chaotic countries. 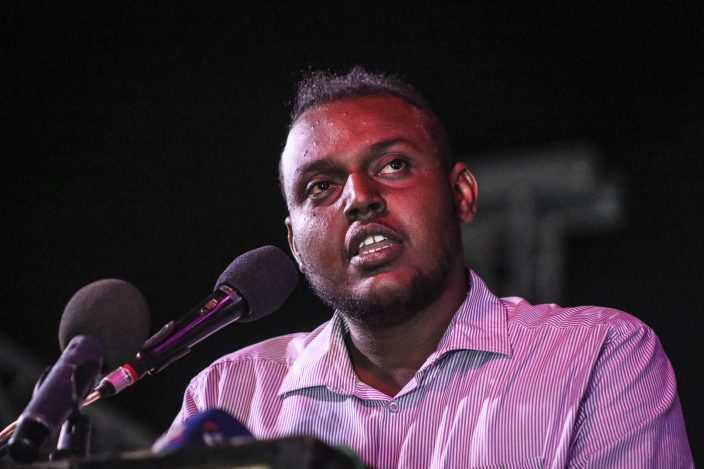 FILE - In this Sunday, April 21, 201 file photo, Mohammed al-Amin Abdel Aziz, a spokesman for the Sudanese Professionals Association, SPA, speaks at a press conference in the Sudanese capital Khartoum. The SPA, an umbrella group of unions which led months of protests that eventually forced President Omaral-Bashir from power, says its revolution is far from over. The SPA said protesters will remain in the streets until the military hands power to a transitional civilian government. (AP Photo, File)

A look at the SPA and the challenges it faces.

WHO ARE THE PROTESTERS AND WHAT DO THEY WANT?

Under al-Bashir, the state controlled all professional associations, leading doctors, lawyers, engineers, teachers and others to form independent unions. Three years ago, they joined together and formed the SPA. 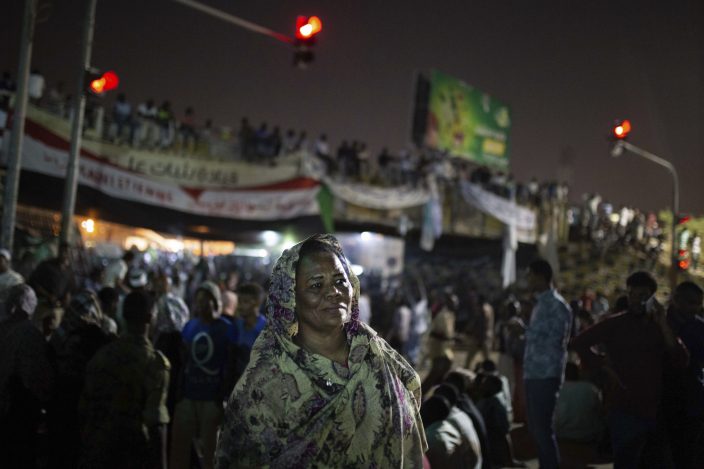 In this Thursday, April 18, 2019 photo, Amal al-Zein, an activist who was detained under former Sudanese President Omar al-Bashir, attends a protest in Khartoum, Sudan. Khartoum, Sudan. The Sudanese Professionals Association, SPA, an umbrella group of unions which led months of protests that eventually forced President Omar al-Bashir from power, says its revolution is far from over. The SPA says protesters will remain in the streets until the military hands power to a transitional civilian government. (AP PhotoSalih Basheer, File)

In December, as Sudan grappled with rising prices and shortages, the SPA planned a march to the capital, Khartoum, to demand wage increases. But when separate demonstrations over rising bread prices erupted in Atbara, a railway hub north of Khartoum, the SPA broadened its demands to the overthrow of the government, invoking slogans from the Arab Spring uprisings of 2011.

The group's decentralized leadership allowed it to keep organizing, even after the arrest of several of its leaders. Tech-savvy young people swelled its ranks, using social media to organize rallies and document the government's crackdown.

The group established a mass sit-in outside the military headquarters in the capital on April 6. Five days later, the military removed al-Bashir from office, and he now languishes in a Khartoum jail that was filled with detained protesters in the months before his downfall. 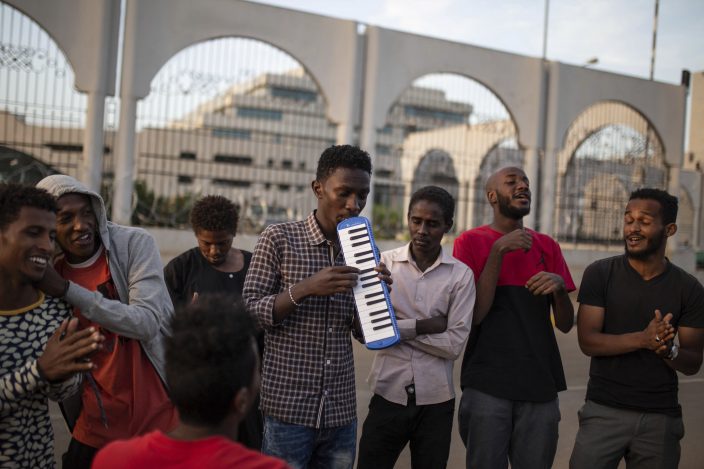 FILE - In this Saturday, April 20, 2019 file photo, protesters sing and dance to music at the sit-in outside the military headquarters, in Khartoum, Sudan. The Sudanese Professionals Association, SPA, an umbrella group of unions which led months of protests that eventually forced President Omar al-Bashir from power, says its revolution is far from over. The SPA says protesters will remain in the streets until the military hands power to a transitional civilian government. (AP PhotoSalih Basheer, File)

The SPA has rallied other factions and civil society groups under its "Declaration of Freedom and Change."

The document calls for dismantling al-Bashir's regime and establishing an elected government with a new constitution. It also calls for ending "all discrimination and oppressive practices" toward women.

But the immediate focus is on pressuring the military to relinquish power. The SPA has called for the formation of a legislative council — in which at least 40 percent of the membership would be women — to draft laws and oversee a Cabinet of technocrats until a new constitution is written.

Sudanese history since independence in 1956 has been marked by long periods of military dictatorship punctuated by short bouts of dysfunctional parliamentary politics.

"The Sudanese people have no faith in political parties because those parties were always making compromises with the regime in order to garner parliamentary seats or Cabinet portfolios," said Mohammed al-Neel, a 25-year-old protester.

"What is making the Sudanese Professionals Association garner all this following is the fact that it does not have any partisan leanings," he added.

The SPA may still struggle to negotiate Khartoum's politics.

The military has said it is reaching out to all political forces, raising fears among the SPA that it could cut deals with established parties, or even al-Bashir's National Congress Party, leaving much of his regime intact. They are especially concerned about the Islamists who orchestrated al-Bashir's 1989 military coup, and who still populate the upper ranks of the armed forces.

An early bone of contention could emerge over whether to maintain the harsh form of Islamic law imposed by al-Bashir, which included execution, amputation and stoning for some crimes, and which prescribed conservative dress and male guardianship for women.

"It is a thorny issue because Sudan has a lot of diverse views, from the farthest left to the farthest right," said al-Neel.

The SPA could also face resistance from other opposition parties as they struggle to maintain their coalition.

"The SPA is trusted by the Sudanese people, but it is one of five groups that formed the coalition," said Ibrahim al-Sheikh Abdel Rahman, a senior member of the opposition Sudanese Congress Party, which is part of the coalition. "We do not see the SPA as the leader of the revolution."

Ismail Adam, a senior member of the Umma Party, one of Sudan's oldest parties, said "it's true the SPA has risen with the people, but there is no democracy without political parties."

WHAT ABOUT THE PROVINCES?

For decades, Sudan has been convulsed by rebellions in the provinces by ethnic and religious minorities who felt marginalized or oppressed by the Khartoum government, which is dominated by northern Sudanese Arab Muslims.

The government fought a decades-long war in mostly Christian and animist South Sudan until its secession in 2011. When an insurgency broke out in the western Darfur province in 2003, al-Bashir mobilized Arab militias known as the Janjaweed, who carried out a wave of atrocities against ethnic African groups there. The International Criminal Court later indicted al-Bashir on charges of genocide, the only time it has issued an arrest warrant for a sitting head of state.

Another war has been underway since 2011 in the provinces of South Kordofan and Blue Nile. Rebels there announced a cease-fire earlier this month in support of the protests, which is expected to last until July 31.

The Declaration of Freedom and Change calls for ending Sudan's "civil wars" by "addressing the root causes," and reaching agreements that are "fair, just and comprehensive."

But that's a goal that has largely eluded all of Sudan's past governments, civilian and military. Prolonged unrest and a lingering economic crisis could fuel renewed demands for autonomy or outright independence among marginalized groups.

"The coalition is very cohesive now, because it is based on the minimum requirements for an agreement, which is the toppling of the regime," said Atef Ismail, a leader in the Sudanese Communist Party. "Everybody agrees on that."