A Malaysian mountain climber is being treated in a hospital in Nepal's capital after being stranded nearly two days alone near the summit of Annapurna.

A helicopter crew searching for the missing climber on Thursday spotted Wui Kin Chin waving his hands at them, and rescuers brought him down to a lower camp.

Trekking company official Mingma Sherpa said Chin had been without an oxygen bottle, food and water for over 40 hours at the time of his rescue. 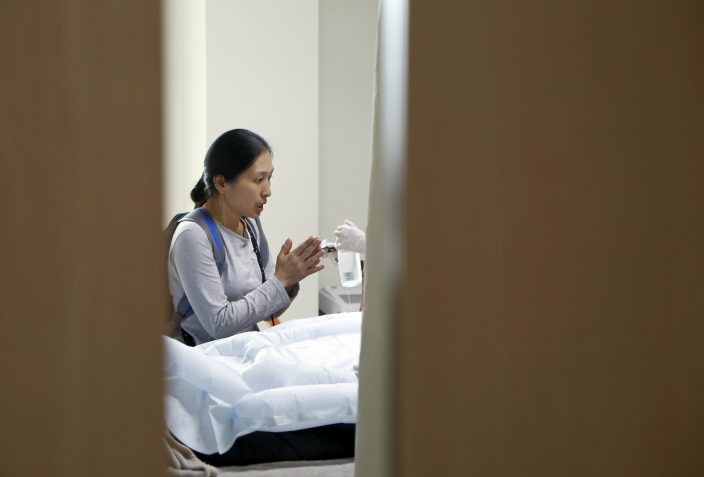 The wife of Malaysian climber Wui Kin Chin talks to doctors after her husband was recovered alive near the summit of Mount Annapurna in Nepal two days after he went missing, in Kathmandu, Nepal, Friday, April 26, 2019. Chin was spotted by a search party in a helicopter and was being taken by four rescuers to the closest camp, said Mingma Sherpa, the head of Seven Summit Treks. He said the helicopter, one of three deployed to search for him, had seen him waving his hands at the aircraft Thursday morning. (AP PhotoNiranjan Shrestha)

Chin was flown to the capital, Kathmandu, on Friday and taken to a hospital, where his wife joined him.

Chin is an anesthesiologist and accomplished climber, and Sherpa credited Chin's medical knowledge and familiarity with mountains for keeping him alive.

NBC News sets goal of a workforce that is half minority