South Africans have started voting in presidential and parliamentary elections amid issues of corruption and unemployment.

Wednesday's vote comes 25 years after the end of apartheid, but despite the demise of the system of racial discrimination the country remains divided by economic inequality .

The party of Nelson Mandela that has been in power since 1994, The African National Congress, is likely to win a majority but it will face a difficult challenge to do as well as five years ago. 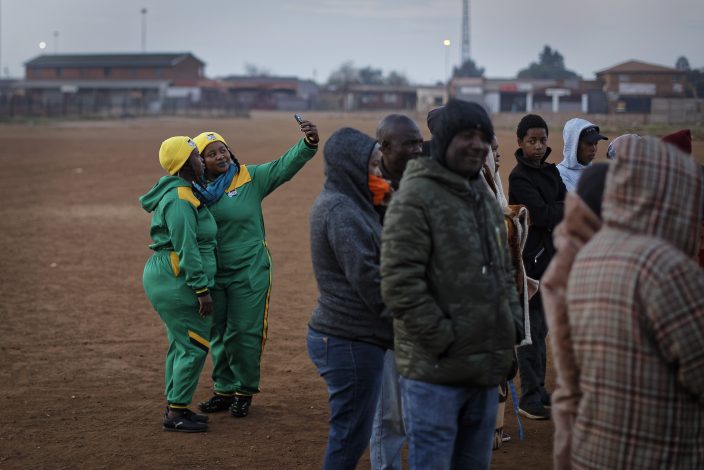 Two supporters of the African National Congress (ANC) take selfies as they queue in the early morning cold to cast their votes in the mining settlement of Bekkersdal, west of Johannesburg, in South Africa Wednesday, May 8, 2019. South Africans are voting Wednesday in a national election that pits President Cyril Ramaphosa's ruling African National Congress against top opposition parties Democratic Alliance and Economic Freedom Fighters, 25 years after the end of apartheid. (AP PhotoBen Curtis)

The party has been tarnished by widespread corruption scandals and a national unemployment rate of 27% that has left many voters disillusioned. ANC head President Cyril Ramaphosa has campaigned on promises to clean up his party, an acknowledgment of the problems that forced his predecessor to resign last year.

A Connecticut man charged with mur ...