In its last blast, "The Big Bang Theory" topped the TV ratings by a light-year. 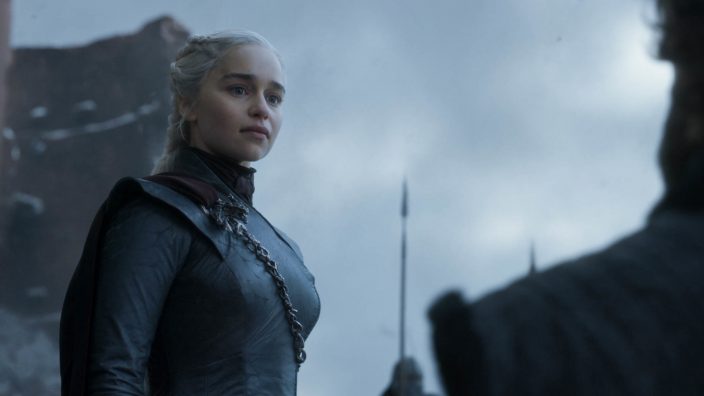 This image released by HBO shows Emilia Clarke in a scene from the final episode of "Game of Thrones," that aired Sunday, May 19, 2019. (HBO via AP)

"Game of Thrones," however, had a comparable 18.4 million viewers when HBO's same-night reruns and streaming services are included, making it the most-watched episode of any kind in the history of the cable channel.

Despite mixed fan reaction to the eighth and final "Thrones" season , it was a ratings winner throughout, competing with and usually beating shows that appear in three times more homes. The viewer numbers also grew as the season progressed, with the season premiere setting a record that was topped by three subsequent episodes.

"Big Bang" was a colossal ratings winner that helped keep CBS the top network for much of its record run of 279 episodes, the most ever for a multi-camera series.

A prequel spinoff, "Young Sheldon," is pulling similar numbers in its second season and will extend the life of the franchise. It finished third in last week's ratings in a timeslot just after the finale.

"Unraveling the Mystery: A Big Bang Farewell," a special that aired later the same night, was fourth.

Fox News Channel was the week's most popular cable network with a primetime average of 2.4 million viewers. ESPN rode the NBA playoffs to second with 2.1 million. MSNBC averaged 1.7 million, the Hallmark Channel 1.5 million and TBS 1.4 million.

ABC is owned by The Walt Disney Co. CBS is owned by CBS Corp. CW is a joint venture of Warner Bros. Entertainment and CBS Corp. Fox is owned by Fox Corp. NBC and Telemundo are owned by Comcast Corp. ION Television is owned by ION Media Networks.

Hearings great for cable news, less so for broadcast