Officials in Virginia Beach are pushing back against what they describe as "rumors, innuendo, conflicting theories and speculation" about the recent mass shooting in a municipal building.

The city released a statement Thursday that said police looked into reports about DeWayne Craddock being confrontational and engaging in fights before the rampage. But investigators have not uncovered evidence to confirm the allegations.

The city also denied that one of the shooting victims received Craddock's resignation email on the day of the attack. 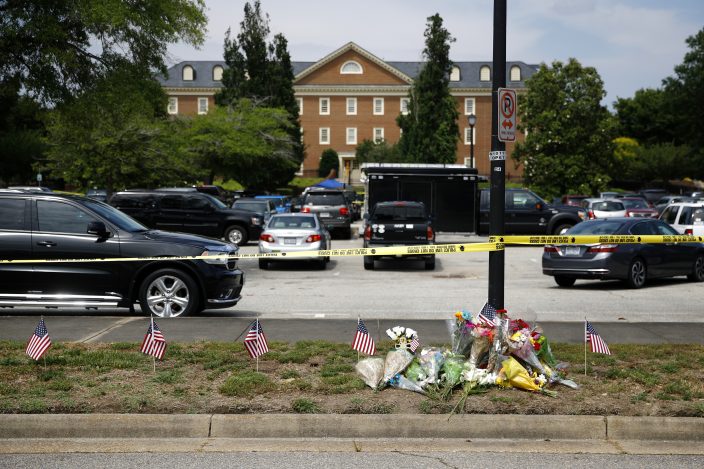 FILE - In this June 1, 2019, file photo, a makeshift memorial rests at the edge of a police cordon in front of a municipal building that was the scene of a shooting in Virginia Beach, Va. The Virginia Beach killing is one of 11 mass workplace killings dating back to 2006 in the U.S., according to a database of mass killings maintained through a partnership between AP, USA Today and Northeastern University. (AP PhotoPatrick Semansky, File)

Virginia Beach's lengthy statement said police are continuing to try to understand what led to the nation's worst mass shooting in 2019.

Police have identified 240 people they want to interview as they seek to identify the civil engineer's motive for fatally shooting 12 people at his workplace.