Asian stocks were mixed on Tuesday as caution set in ahead of interest rate decisions by the U.S. Federal Reserve and other central banks.

The U.S. Federal Open Market Committee will hold a two-day meeting starting Tuesday. Traders will keep a close watch on a policy statement, to be released Wednesday, and a news conference held by Fed Chairman Jerome Powell shortly after that. 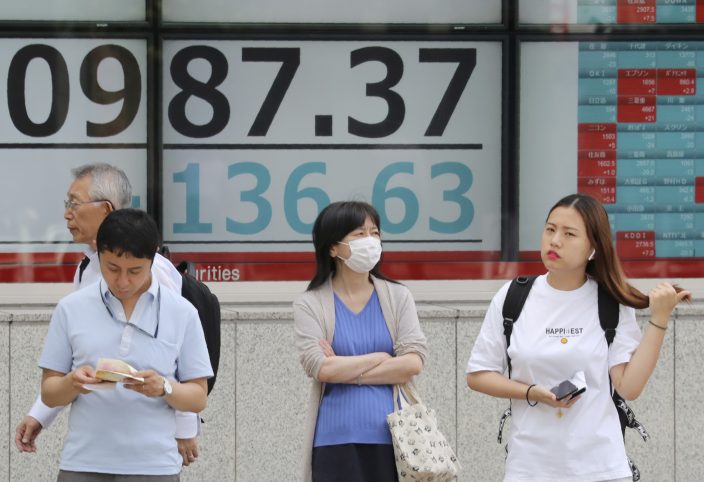 People stand by an electronic stock board of a securities firm in Tokyo, Tuesday, June 18, 2019. Stocks in Asia mostly advanced Tuesday ahead of interest rate decisions by the U.S. Federal Reserve and other central banks. (AP PhotoKoji Sasahara)

Powell will likely stick to the theme of a speech he made earlier this month: That the Fed will act if it thinks the Trump administration's trade conflicts are threatening the U.S. economy.

Financial markets had rallied on the remarks, which fueled hopes that the Fed would cut interest rates this year. Although a rate cut isn't expected this time around, fresh comments from Powell could support another wave of buying or have investors swing the other way.

"With scant data releases and no significant developments on the trade front, the mood in Asia will likely remain cautious with investors awaiting the FOMC meeting and possible adjustments to the dot plots before taking on substantial bets," ING economists Nicholas Mapa and Prakash Sakpal said in a commentary. 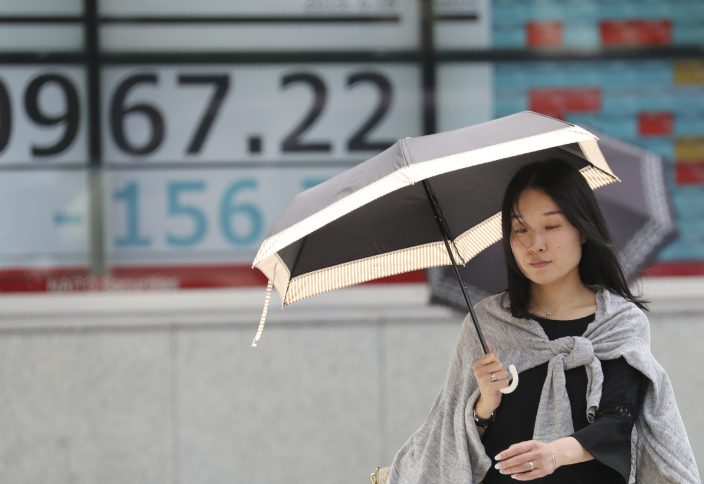 A woman walks by an electronic stock board of a securities firm in Tokyo, Tuesday, June 18, 2019. Stocks in Asia mostly advanced Tuesday ahead of interest rate decisions by the U.S. Federal Reserve and other central banks. (AP PhotoKoji Sasahara)

Central banks in Britain and Japan will also announce their latest monetary policy decisions this week.

On Tuesday, the Reserve Bank of Australia released minutes from a policy meeting in June, which saw it easing its cash rate to 1.25%. According to the minutes, members agreed that further rate cuts were "more likely than not" in the period ahead, although there were other ways to reduce unemployment.

Trading was choppy on Wall Street on Monday, weighed by uncertainty over the U.S.-China trade dispute.

The dread was familiar. The fear t ...

Russian Auschwitz survivor: Only coincidence that I liv ...

The 75 years since Yevgeny Kovalev ...