There are two movies opening this weekend that feature iconic anthropomorphic dolls. Be very careful which one you choose.

"Toy Story 4" has the usual gang of lovable toys led by Woody and Buzz. (Bring tissues.) Then there's the remake of "Child's Play," which has Chucky, the freckle-faced homicidal doll who likes stabbing things. (Bring a strong stomach.)

The reviews for "Toy Story 4" are pretty good and you might be surprised to find that the "Child's Play " reboot is actually pretty solid, too. It's a winking, self-aware horror movie that will make you laugh even when things are drenched in blood. 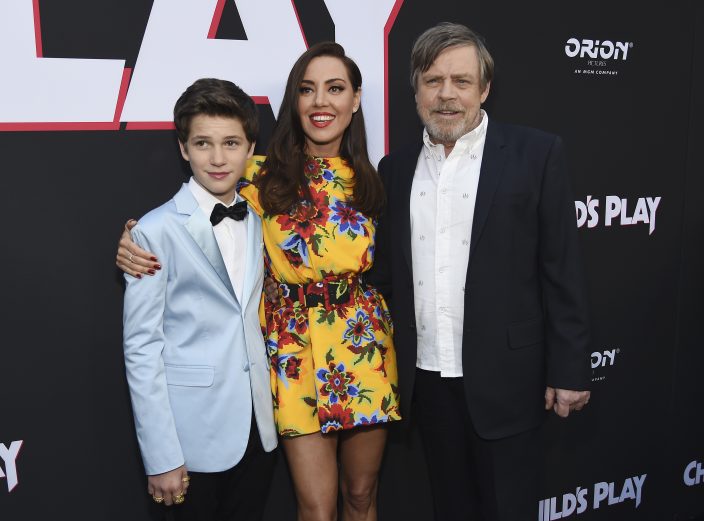 From left, Gabriel Bateman, Aubrey Plaza and Mark Hamill, cast members in "Child's Play," pose together at the premiere of the film at the ArcLight Hollywood, Wednesday, June 19, 2019, in Los Angeles. (Photo by Chris PizzelloInvisionAP)

The original "Child's Play" came out in 1988 and featured the nightmare-creating concept of your dolls coming to life and harming you. It was a fairly straight-ahead horror flick with a dash of commentary on consumerism. But the franchise — six sequels — gradually grew camp, most recently with "Cult of Chucky" in 2017.

The reboot this summer has sidestepped Chuck's real dad — the writer and director Don Mancini — and freshened the concept for 2019: Chucky is no longer possessed. Now he's a cloud-connected, self-learning AI doll with wide powers: He controls the lights, TVs, Roomba, cars and other electronic devices. Underneath the gleeful horror is a commentary on our dependence and the interconnectivity of our devices.

Director Lars Klevberg and screenwriter Tyler Burton Smith don't pretend the killer doll trope hasn't been done before. They fully dive into it, gently mocking the genre as they exploit it and signal to the audience all along what they're doing. "You're my best friend," says Chucky when he's taken out of the box. To which his new owner naturally says: "It's kind of creepy." 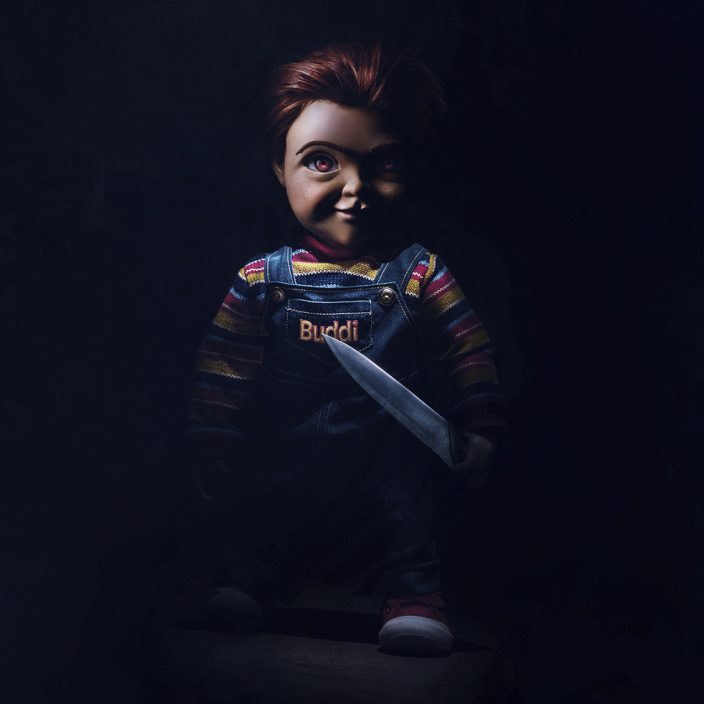 This image released by Orion Pictures shows the character Chucky from the horror film, "Child's Play." (Orion via AP)

This time, Chucky is created by the nefarious Kaslan Corporation, which has a range of interconnected products. A sweatshop worker in Vietnam tasked with assembling the dolls disconnects one of its security protocols in a fit of pique. It ends up in the hands of a single mother (Aubrey Plaza) and her lonely son, Andy (Gabriel Bateman). Chucky tries to understand human behavior but stumbles at subtlety. He's imprinted to Andy and lashes out at anything that Andy dislikes, whether that's the family cat or his mom's new boyfriend.

The filmmakers have left little Easter eggs throughout the film, from references to "The Texas Chain Saw Massacre" to "Office Space." They have a jokey tendency to use old-school lightning whenever they want to signal something ominous is happening. The final climactic fight scene happens in a dark basement sporting industrial spinning fans with light and smoke pouring out of them. At one point, there's a "Star Wars" joke that is extra funny because Mark Hamill is voicing Chucky.

There's so much tongue-in-cheek humor that even though the body count mounts — and some in the audience may be surprised that death comes to animals and beloved figures alike — there's really no dread. Somehow, despite "Silence of the Lambs"-level carnage, the gore level doesn't shock, inoculated as we are by being in on the joke. Riffing off that, composer Bear McCreary leans in on "Omen"-like, ever-building horror music. 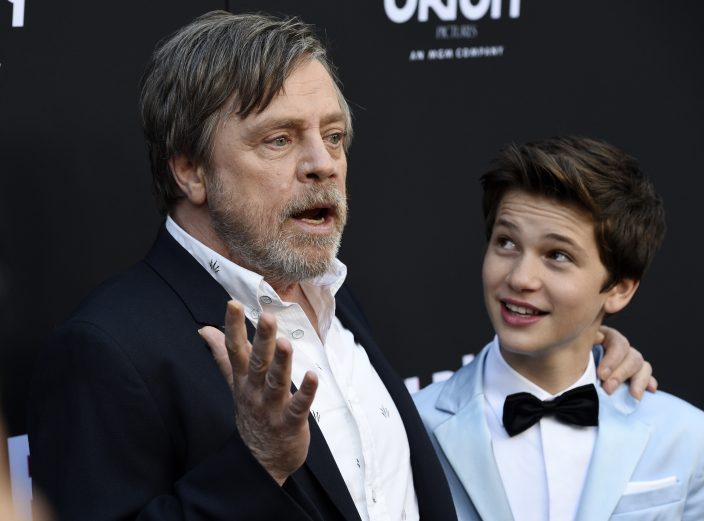 Mark Hamill, left, and Gabriel Bateman, cast members in "Child's Play," pose together at the premiere of the film at the ArcLight Hollywood, Wednesday, June 19, 2019, in Los Angeles. (Photo by Chris PizzelloInvisionAP)

The film's tautness comes and goes, to be honest, never really building to edge-of-your-seat stuff. And it could have had more glee messing with our love of digital convenience. But it takes care of fans of the franchise. The doll comes up with the name Chucky for itself, even though plenty of other options are available. It's owning its past.

Plaza, known for her comedic chops on "Parks and Recreation," shows off a winning dramatic side, while Bateman proves to be an actor to watch, able to play alienated teen, surrogate brother, aghast victim and vengeful son. Brian Tyree Henry once again makes the most of his small role as a kindly cop. And Hamill goes to his creepiest place to say things like "Are we having fun now?"

Surprisingly, we are having fun. While most of the oxygen will be taken up this weekend with "Toy Story 4," credit goes to "Child's Play" for turning in a solid valentine to the darker side of what "Toy Story" also does — including movie posters that drag the bigger franchise. 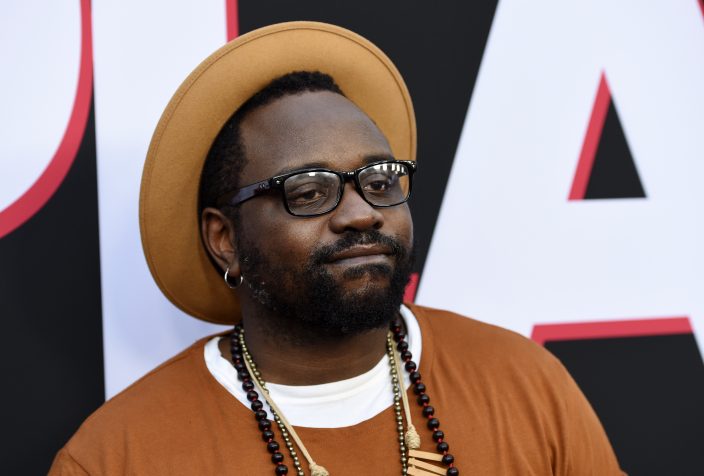 Brian Tyree Henry, a cast member in "Child's Play," poses at the premiere of the film at the ArcLight Hollywood, Wednesday, June 19, 2019, in Los Angeles. (Photo by Chris PizzelloInvisionAP)