Georgia's president has cut short a foreign visit to return to the capital Tbilisi afters dozens of people were injured in clashes between protesters and police.

Salome Zurabishvili, who took office as Georgia's first female president in December, said in televised remarks in Minsk, Belarus, on Friday that she is returning to Tbilisi to handle the crisis.

Nearly 70 people were treated in hospitals for injuries in the night of clashes on Thursday after riot police fired rubber bullets and tear gas and unleashed water cannons on protesters outside Georgia's parliament building. 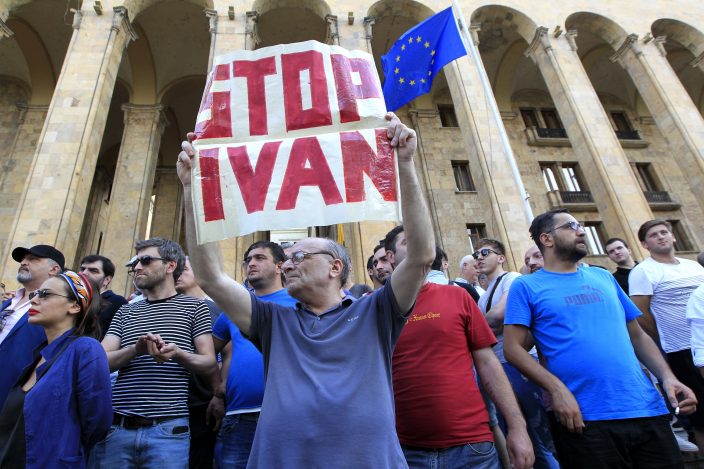 The unrest was sparked by the appearance of Russian lawmaker Sergei Gavrilov, a Communist Party member, in the building as part of an assembly of legislators from Orthodox Christian countries.

Georgian protest calls for government to step down