Friends and family of the late "Dog the Bounty Hunter" reality TV show co-star Beth Chapman are gathering in Colorado to remember her life.

Funeral services in Chapman's home state of Colorado were being livestreamed Saturday.

Chapman died last month at the age of 51 in Hawaii, where she lived with her family. She had been battling cancer for about two years. 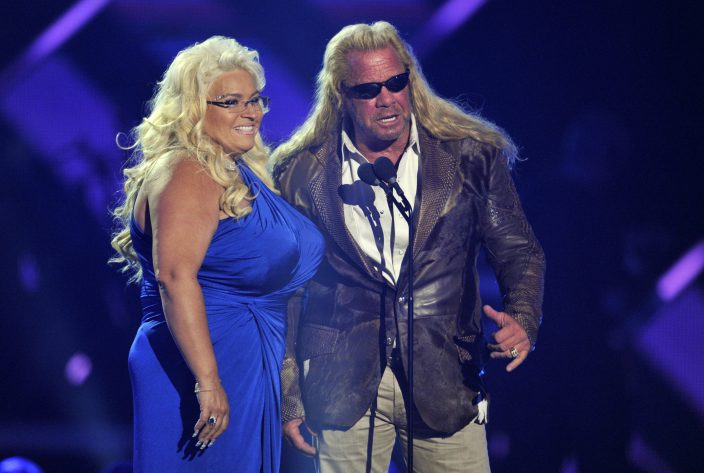 FILE - In this June 5, 2013, file photo, Duane "Dog" Chapman, right, and Beth Chapman present the award for CMT performance of the year at the CMT Music Awards at Bridgestone Arena in Nashville, Tenn. Funeral services for Beth Chapman, who starred with her husband Duane in the reality TV series "Dog the Bounty Hunter" will be livestreamed Saturday, July 13, 2019, from Colorado, her home state. She died last month after battling cancer in Hawaii, where the family lived. (Photo by Donn JonesInvisionAP, File)

Chapman and her husband Duane "Dog" Chapman starred in the A&E show until it was canceled in 2012. The show followed the couple as they apprehended people who avoided arrest warrants.

They later starred in Country Music Television's "Dog & Beth: On the Hunt."

The Latest: Primary voting underway in 9 states and DC

The Latest on Tuesday's primary el ...