Expecting the first 500 total in limited-overs history, Cricket World Cup organizers reprinted the scorecards that are sold to fans at venues in England. The original designs only went up to 400.

Then in the week after the tournament began, the British weather turned cold and wet. The flat, dry pitches that had been like strips of batting paradise for three years turned soft and tacky, and bowlers came back into the reckoning.

No team got close to setting a batting record. There were only four totals above 350, topped by England's 397-6 in a mismatch against Afghanistan. 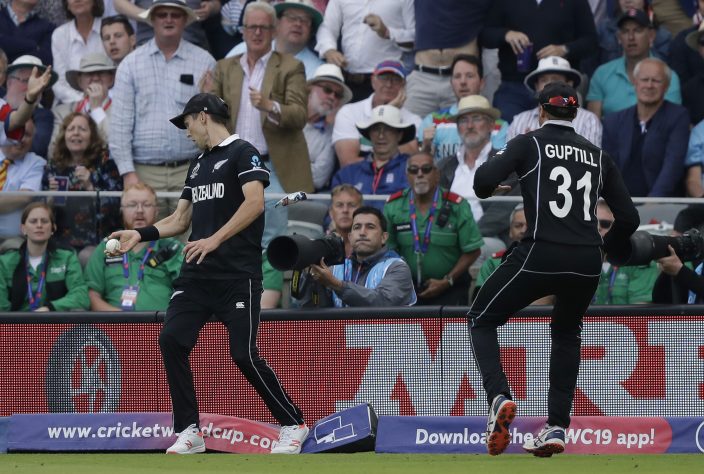 Yet at the climax of the 46-day saga, in the craziest and most dramatic final ever , it was batsmen and their biggest hits that determined the champion on a sunny Sunday evening at Lord's.

Tied after 100 overs, and tied again after the first ever Super Over — a sequence of six extra deliveries for each team — what finally separated England and New Zealand after 8 hours, 45 minutes of a slow-burning final was England slapping 26 balls either to or over the boundary compared with New Zealand's 17.

Having dismissed England for 241 in reply to their own 241-8, the Kiwis didn't raise the issue of wickets being the logical tiebreaker. They graciously accepted that the rules were the rules. But no rules are set in stone, and the International Cricket Council ought to correct them. Coach Gary Stead suggested the trophy be shared next time. 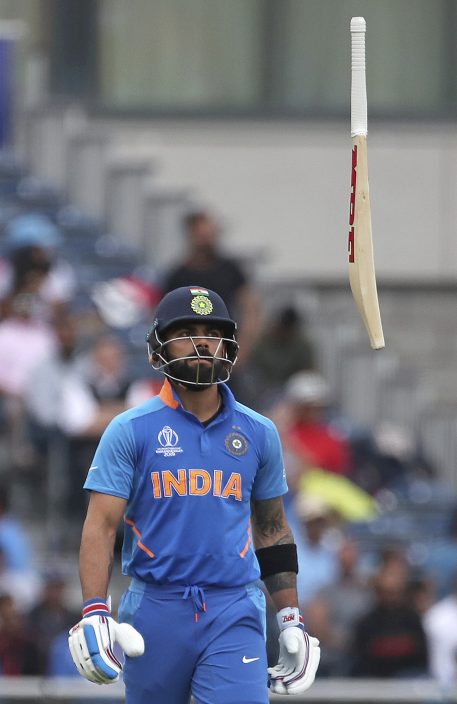 Different rules came into the spotlight Monday when Simon Taufel, a five-time world umpire of the year, pointed out that the on-field umpires erred in the last over of the regular game in awarding six runs to England, including the four accidentally deflected from Ben Stokes' bat , instead of five. And Stokes should not have been on strike for the next delivery. Taufel said the "error of judgment ... influenced the game" but not the outcome.

That was one of England's two late strokes of luck. Nine balls earlier, Stokes was caught on the boundary by Trent Boult, but the New Zealand fielder's momentum made him step back onto the boundary pads. Instead of Stokes being dismissed, he got six runs.

England, the No. 1-ranked side and pre-tournament favorite, saved its best until last in the round robin, also. At self-inflicted risk of missing the semifinals, England's last two group matches against India and New Zealand became knockouts. England won both convincingly and got its swagger back. Then defending champion Australia was beaten in the semifinals, and New Zealand was edged in the final to salvage a four-year mission to take advantage of home conditions and win the World Cup title for the first time. 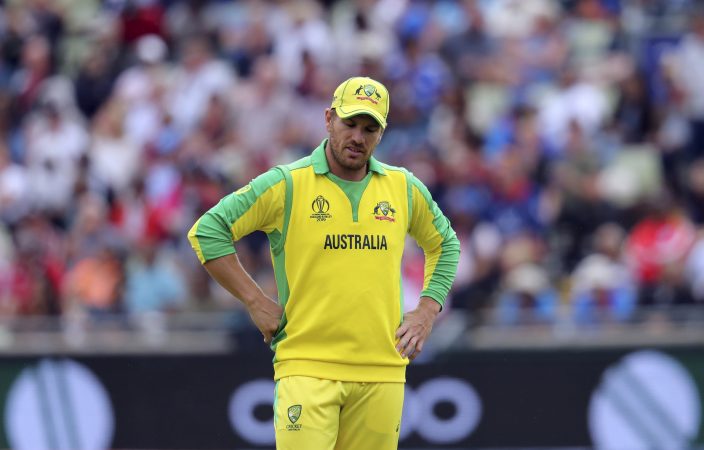 England's legacy in the home of cricket is shaky. Cricket's popularity has been on the wane in England for years. Sport England says the number of people aged over 16 who play cricket at least once in two weeks has fallen by 20% in the last three years.

Most of the current team was inspired by England's drought-breaking triumph in the 2005 Ashes series against Australia. But that was the last time the England men's team was on domestic free-to-air television until Sunday, when Sky TV agreed under pressure to share the final with a domestic broadcaster. Viewership peaked at 8.3 million, comparable with the 2005 Ashes.

Unfortunately, the rest of the tournament was broadcast locally on pay TV and mainly on the inside of the sports pages, especially while the Women's World Cup of soccer was drawing millions of British eyeballs to England's run to the semifinals.

English cricket compensated by marketing the men's tournament to British Asians, who backed their teams, packed stadiums, booed Aussies pair Steve Smith and David Warner, and generated much of the best atmosphere. They also wrought the question of why has Pakistan been playing its home internationals in silent solitude in the United Arab Emirates, and not in England?

Those relentlessly upbeat fans also made up for the lack of variety that teams from Scotland, Zimbabwe, and Ireland once offered the global tournament, until they were given little hope of qualifying. Slashing the teams from 14 to 10 was supposed to reduce mismatches and increase competitiveness, but the tournament became predictable quickly.

The semifinalists were established less than a quarter of the way in. Only at the halfway stage were the top four threatened when England couldn't chase down Sri Lanka's 232-9 in Leeds. That defeat suddenly gave hope to Pakistan, Bangladesh and Sri Lanka.

The next week marked the tournament's high point until the playoffs: Mohammed Shami's last-over hat trick for India to snuff out Afghanistan, Boult catching Carlos Brathwaite on the boundary to rob the West Indies, Australia's Jason Behrendorff taking a maiden five-for to hand England a third group-stage loss, Pakistan's Babar Azam smashing New Zealand with an unbeaten century, and bees forcing South Africa, Sri Lanka and the umpires to lay faces down in Chester-le-Street.

Sport craves underdog stories, but it seemed nobody could deliver.

Afghanistan came to win "three or four games" but didn't win any. Meanwhile, Gulbadin Naib was better at bicep posing than being a captain, and all-time leading scorer Mohammad Shahzad found out he was being sent home by reading a tournament news release for what he called a minor knee strain.

But no team was more disappointing than South Africa, which missed the playoffs for only the second time.

The West Indies didn't have a Plan B for the short ball, and suffered from carrying Andre Russell, who could hardly stand, and Chris Gayle, who could hardly walk. Pakistan waited too long to start Shaheen Afridi, Sri Lanka was too dysfunctional, and Bangladesh didn't provide enough support for the amazing Shakib al Hasan. Australia came unglued by untimely injuries, and India was cruising in the tournament until it slumped to 5-3 just 19 deliveries into its chase of New Zealand in the semifinals.

For all of New Zealand's nice guy persona, it had a mean streak. Without posting 300, New Zealand lulled the West Indies, South Africa and India into a false sense of security, and gunned them down in the last over.

The lasting image of the tournament was going to be the New Zealanders commiserating with a crestfallen West Indies allrounder Brathwaite, after his attempted six to win was caught by Boult inside the boundary.

Instead, the lasting image will remain of England celebrating with the trophy, because New Zealand didn't quite push the boundaries enough.