"Game of Thrones" is seeking to claim the Emmy Awards version of the Iron Throne one last time.

When the Emmy nominations are released Thursday, the HBO fantasy saga could be in the running for television's top honor for its eighth and final season. It's earned three previous top drama series awards and is the defending champ. 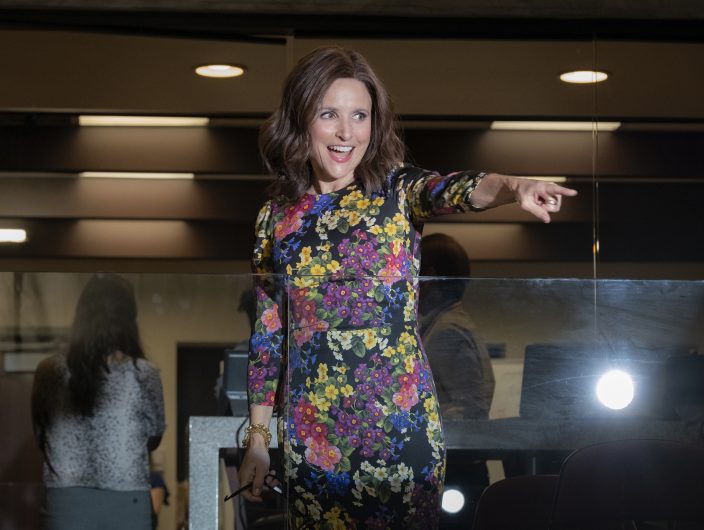 This image released by HBO shows Julia Louis-Dreyfus in a scene from "Veep." "Game of Thrones," "Veep" and "The Big Bang Theory," three major series that wrapped last season, will find out with Tuesday's nominations if they have one more chance at Emmy gold. (Colleen HayesHBO via AP)

Emilia Clarke and Peter Dinklage are among the "Game of Thrones" stars who could make the cut. Clarke is trying for her first best drama actress bid after earning a trio of supporting nominations, while Dinklage is a three-time Emmy winner who's competing again as a supporting actor.

Other drama series vying for top honors include "Killing Eve," ''Pose," ''Bodyguard," ''Ozark" and "This Is Us," the NBC drama that could be the sole broadcast series to earn a top bid.

"Veep," which holds a trio of best comedy series Emmys, is in the hunt for its final trophies after wrapping its seven-season run.

"The Big Bang Theory," which ended this year after 12 seasons, is among its possible competitors, as are "Barry," ''Fleabag" and 2018's winner "The Marvelous Mrs. Maisel."

The 71st Emmy Awards will air Sept. 22 on Fox, with the host yet to be announced.

President Donald Trump says that I ...