Juventus new signing Matthijs de Ligt is not fazed at becoming the most expensive defender in Serie A history at the age of 19.

At his first news conference on Friday he says: "Of course when a club buys you for a big amount of money, there's a lot of pressure, but pressure is normal in football." 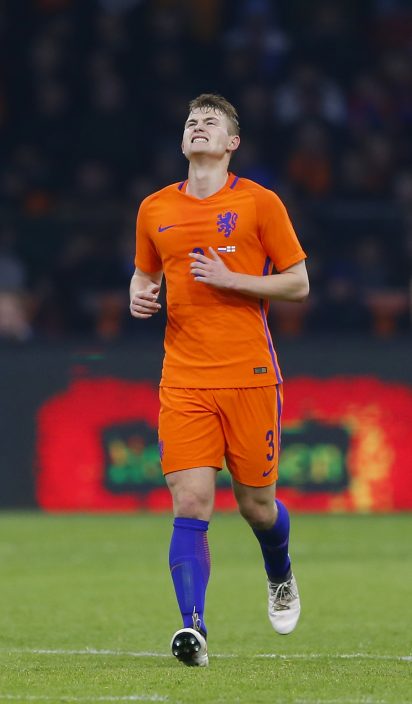 FILE - In this Friday, March 23, 2018 file photo, Matthijs de Ligt of the Netherlands runs back up the pitch during the international friendly soccer match between the Netherlands and England in Amsterdam, Netherlands. Defender Matthijs de Ligt is undergoing medical exams with Juventus ahead of an expected 70 million euros ($80 million) transfer from Ajax. Juventus shared photos and videos on social media of De Ligt's arrival in Turin late Tuesday then fans awaiting him outside the club's training facility when he showed up early Wednesday, July 17, 2019.(AP PhotoPeter Dejong, File)

De Ligt scored the goal that eliminated Juventus from last season's Champions League and sent Ajax through to the semifinals. Juventus had high hopes of ending its long wait for the trophy after signing Cristiano Ronaldo last offseason.

Since Juventus' last title in 1996, it has finished runner-up five times in the top European competition.

De Light adds: "We want to win them all: this is the mentality of Juventus."

Juventus is an overwhelming favorite to win a record-extending ninth straight Serie A title.

Players worry about safety as MLS plans return to train ...

As protests rock the United States ...