Mrs. Obama tweeted Friday: "What truly makes our country great is its diversity. I've seen that beauty in so many ways over the years."

President Donald Trump had tweeted Sunday that the four lawmakers should "go back" to their home countries, though all are citizens of the U.S. and three were born in the United States. 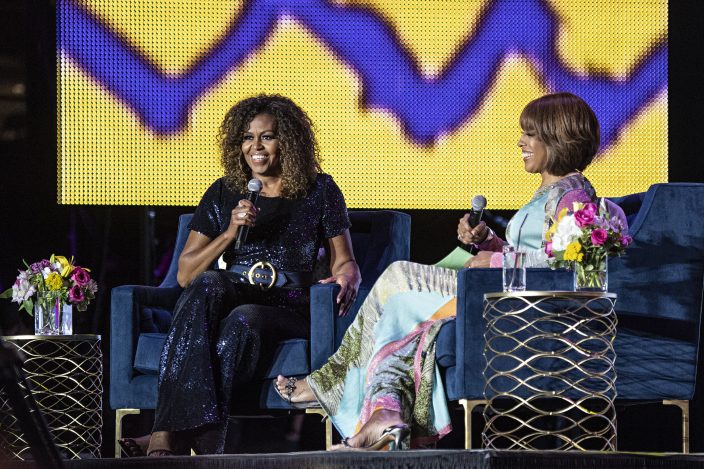 Michelle Obama and Gayle King participate in the 2019 Essence Festival at the Mercedes-Benz Superdome, Saturday, July 6, 2019, in New Orleans. (Photo by Amy HarrisInvisionAP)

The Democratic-led House of Representatives responded this week by voting largely along party lines to condemn his comments as racist.

Mrs. Obama tweeted: "Whether we are born here or seek refuge here, there's a place for us all. We must remember it's not my America or your America. It's our America."

Southampton beats Palace 2-0, climbs into top half of E ...