Celebrations are in full swing across the country for the 50th anniversary of humanity's first footsteps on another world.

Apollo 11's Neil Armstrong and Buzz Aldrin landed on the moon on July 20, 1969. Armstrong was the first one out, proclaiming: "That's one small step for man, one giant leap for mankind."

At NASA's Kennedy Space Center in Florida, cars were backed up for miles Saturday morning outside the visitor complex. In Armstrong's hometown of Wapakoneta, Ohio, runners competed in "Run to the Moon" races. This March 30, 1969 photo made available by NASA shows the crew of the Apollo 11, from left, Neil Armstrong, commander; Michael Collins, module pilot; Edwin E. "Buzz" Aldrin, lunar module pilot. Apollo 11 was the first manned mission to the surface of the moon. (NASA via AP)

The White House reiterated its goal to send astronauts back to the moon and "take the next giant leap — sending Americans to Mars." Vice President Mike Pence headed to Kennedy to tour the Apollo 11 launch pad and give a speech. 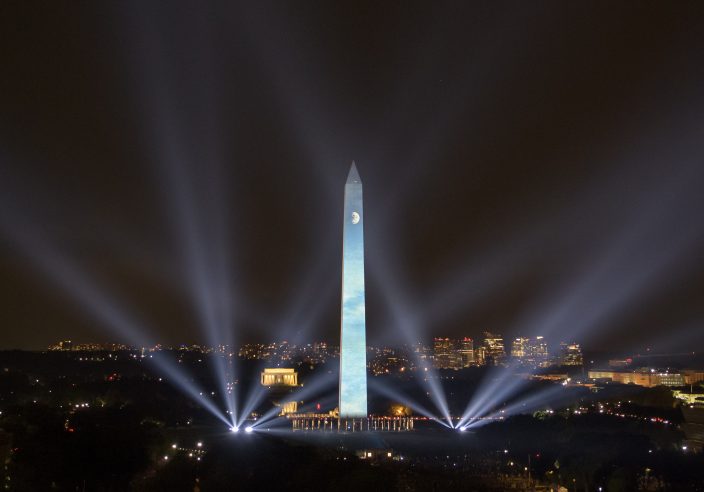 In this photo provided by NASA, the 50th anniversary of the Apollo 11 mission is celebrated in a 17-minute show, "Apollo 50: Go for the Moon" which combined full-motion projection-mapping artwork on the Washington Monument and archival footage to recreate the launch of Apollo 11 and tell the story of the first moon landing, Friday, July 19, 2019, in Washington. (NASABill Ingalls via AP) 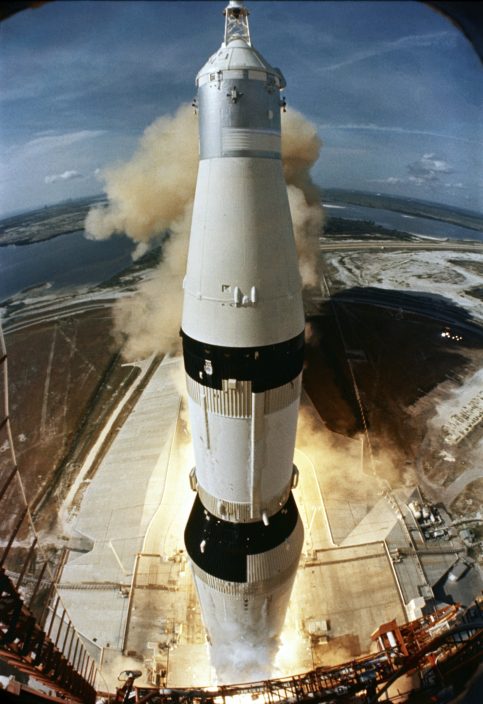 In this July 16, 1969 photo made available by NASA, the 363-feet Saturn V rocket carrying the Apollo 11 crew, launches from Pad A, Launch Complex 39, at the Kennedy Space Center in Florida. (NASA via AP) 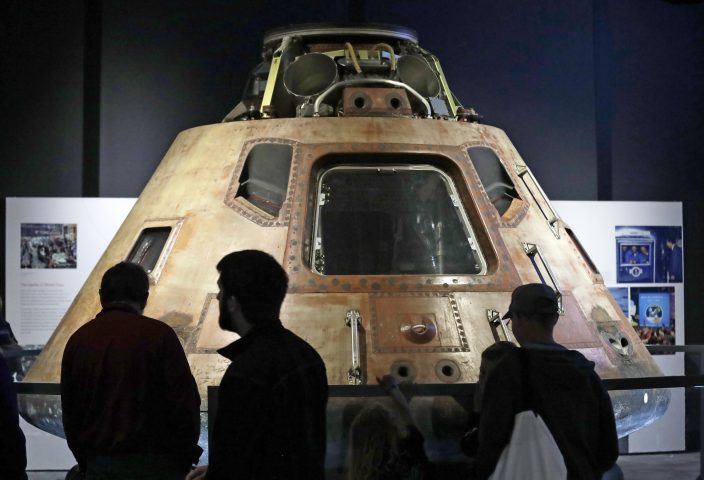 Visitors look at the NASA Apollo 11 command module Columbia, the centerpiece of Destination Moon: The Apollo 11 Mission exhibit at the Museum of Flight, Friday, July 19, 2019, in Seattle. The module functioned as a mother ship, carrying the crew of three astronauts and the second Apollo spacecraft, the lunar module, to orbit around the moon, and brought the astronauts back to Earth. The exhibit commemorates the historic landing by American astronauts on the moon 50 years earlier, on July 20, 1969. (AP PhotoElaine Thompson)

Most distant world ever explored gets new name: Arrokoth

Mercury putting on rare show Monday, parading across the sun