A top adviser to President Donald Trump is claiming a "huge difference" between Trump's criticism of America during the 2016 campaign and current criticism of the U.S. by four liberal Democratic congresswomen of color who Trump has been feuding with.

Miller says comments by first-term congresswomen Ilhan Omar of Minnesota, Alexandria Ocasio-Cortez of New York, Ayanna Pressley of Massachusetts and Rashida Tlaib of Michigan are part of an "ideology that runs down America." 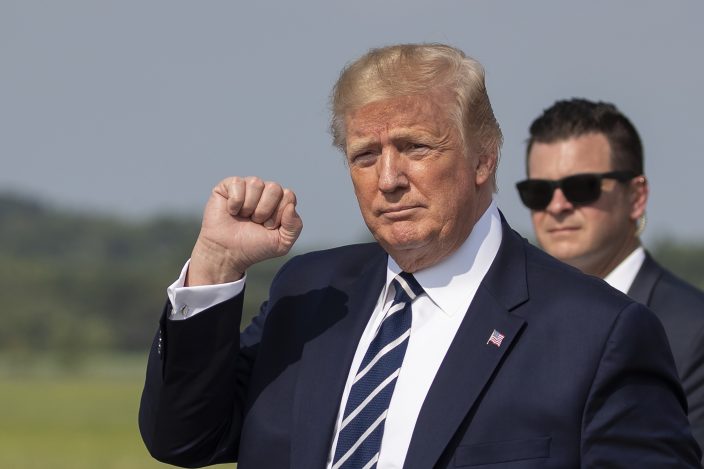 The lawmakers say they're fighting to help make America better.

Trump carried the feud into a second week Sunday, tweeting "I don't believe the four Congresswomen are capable of loving our Country."

Swift firings for Minneapolis officers in death of blac ...

Leipzig missed the chance to move ...

A senior Russian lawmaker on Wedne ...