Mike Yastrzemski homered with one out in the bottom of the 12th inning to give the San Francisco Giants a 3-2 victory over the New York Mets on Sunday.

The Giants hadn't had a hit since the fourth when Yastrzemski lofted a full-count pitch from Robert Gsellman (1-2) the other way into the left-center stands. Yastrzemski is the grandson of Hall of Fame slugger Carl Yastrzemski.

Buster Posey had two hits and scored twice to help the surging Giants (50-50) get back to .500 with their 15th win in 18 games. San Francisco took three of four from New York for its first series win over the Mets since 2014. All three wins came in extra innings. 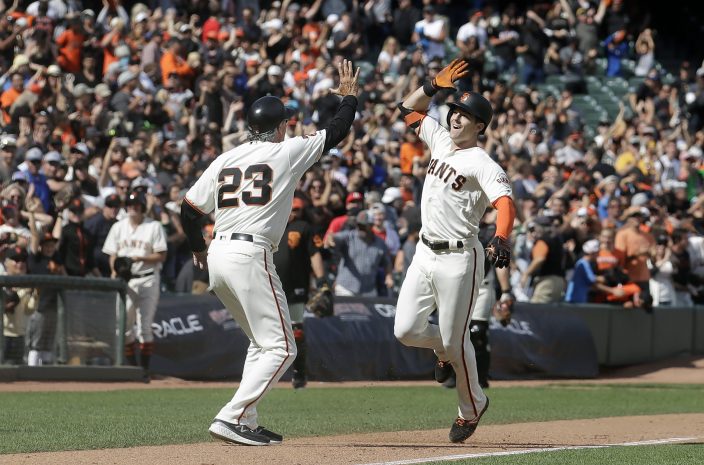 Zach Green added two singles in his major league debut for the Giants.

Michael Conforto homered into McCovey Cove for the Mets. Amed Rosario also went deep, but New York managed only two hits over the final 10 innings. Todd Frazier struck out swinging four times before reaching on an infield single in the 12th. 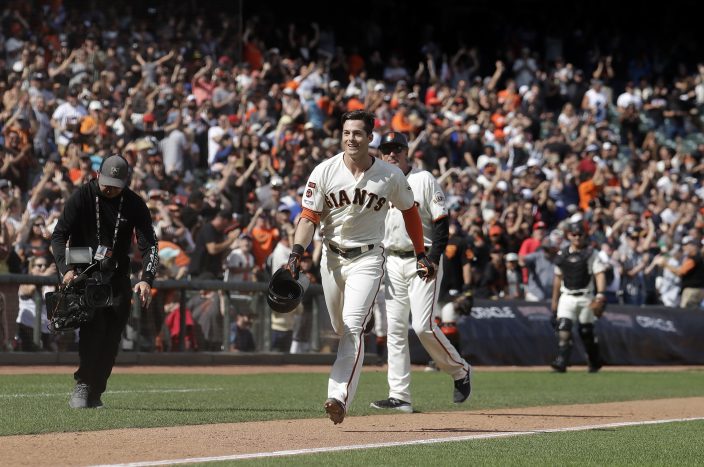 Both teams were frustrated with the strike zone of plate umpire Mark Ripperger.

Mets rookie slugger Pete Alonso snapped a bat over his leg after striking out swinging. Giants center fielder Kevin Pillar had to be restrained by teammates and was ejected for chirping at Ripperger after grounding out to end the eighth.

Mets starter Steven Matz allowed six hits and two runs in six innings with six strikeouts and one walk. Winless since June 8, Matz retired the last six batters he faced — including the final three by strikeout. 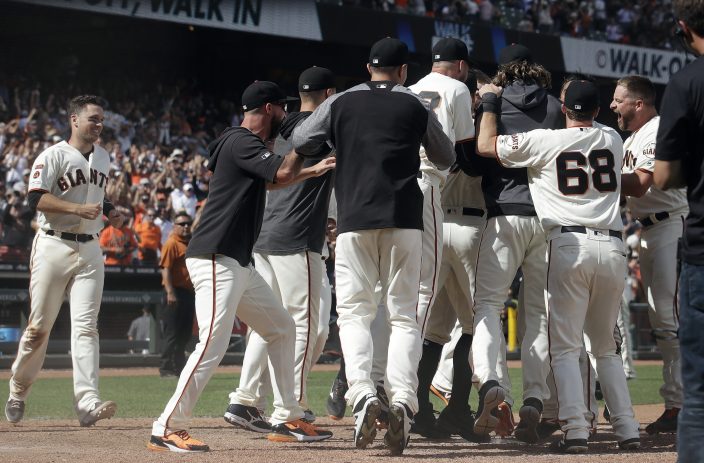 Giants starter Conner Menez had six strikeouts and allowed three hits and two runs in five innings of his major league debut. The 24-year-old left-hander struck out the side in the third. 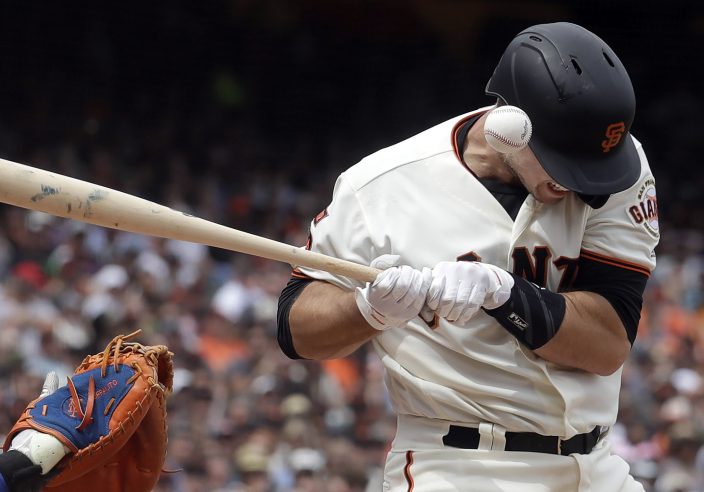 Before he was ejected, Pillar made another in a long line of defensive gems when he raced in and made a sliding catch on Alonso's short fly ball in the first inning, then jumped to his feet and threw out J.D. Davis attempting to take third. Davis had doubled one batter earlier.

New York right fielder Jeff McNeil was shaken up when he crashed into the padded right field wall in foul territory after making a running catch on Donovan Solano's deep fly to end the seventh. McNeil slammed into the wall and immediately fell to the dirt before getting up and jogging slowly to the dugout. 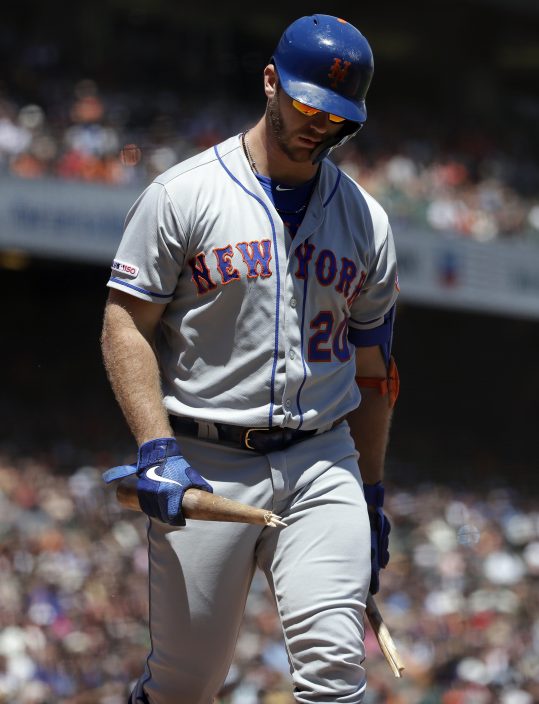 New York Mets' Pete Alonso carries a bat he broke over his knee after striking out against the San Francisco Giants during the third inning of a baseball game in San Francisco, Sunday, July 21, 2019. (AP PhotoJeff Chiu)

In a series of moves that could be indicative of the direction the team is leaning with the July 31 trade deadline approaching, the Giants brought up Menez and Green from Triple-A Sacramento, while reliever Derek Holland and infielder Ryder Jones were designated for assignment. Menez takes the place of Drew Pomeranz in San Francisco's rotation. LHP Ty Blach was optioned to Sacramento.

Mets: RHP Zack Wheeler (right shoulder fatigue) was scheduled to throw a bullpen before the game, although manager Mickey Callaway was uncertain of the results. Wheeler is eligible to come off the injured list Monday. 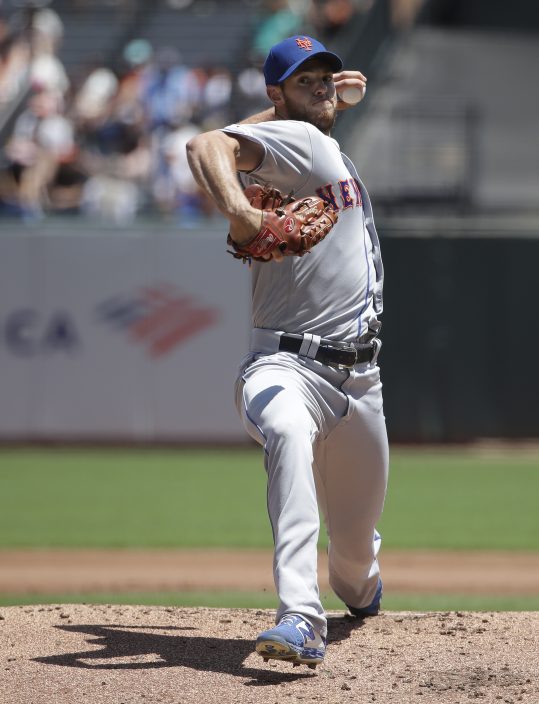 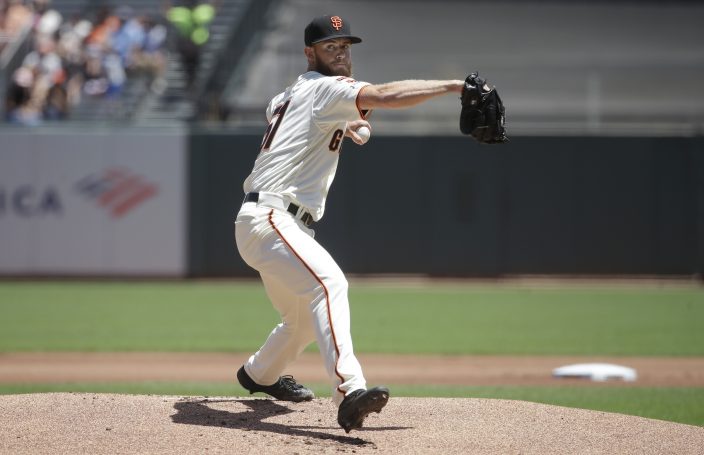