A look at what's happening around the majors Monday:

Ryan Braun will miss Milwaukee's home game against the Cincinnati Reds to attend the funeral of Los Angeles Angels pitcher Tyler Skaggs, who was found dead in a Texas hotel room on July 1. Braun and Skaggs were workout buddies. Mike Trout and the Angels have an off day between road series at Seattle and the Los Angeles Dodgers. 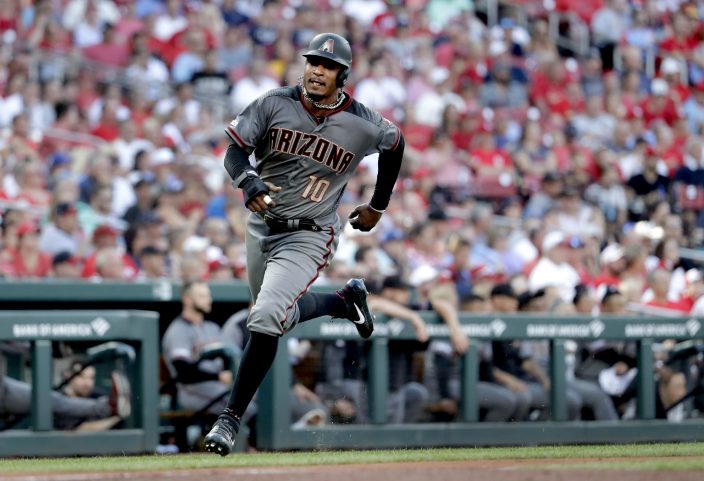 Arizona Diamondbacks' Adam Jones runs in to score during the second inning of a baseball game against the St. Louis Cardinals on Saturday, July 13, 2019, in St. Louis. (AP PhotoJeff Roberson)

The Chicago White Sox are set to become the first team to have protective netting in place entirely from foul pole to foul pole when they host Miami. Washington also has extended its netting in midseason — nearly as far as the White Sox.

The new netting at Guaranteed Rate Field and Nationals Park will debut a day after another fan was injured by a foul ball. Cleveland star Francisco Lindor said he was told his liner at Progressive Field sent a 3-year-old boy to the hospital. 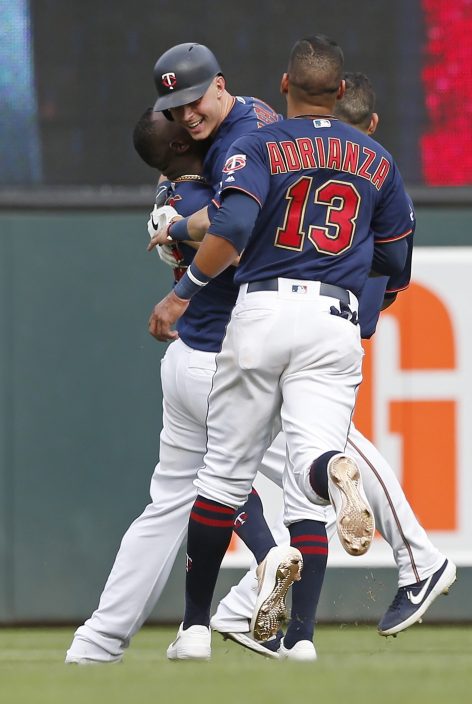 Several fans, some of them young children, have been hurt all around the majors this season by foul balls. Some teams have added extra netting as a result.

Adam Jones will see plenty of former teammates when the Diamondbacks host Baltimore. Jones spent 11 years in the Orioles' outfield before signing with Arizona in spring training. Jones, who turns 34 on Aug. 1, is hitting .267 with 13 home runs and 44 RBIs. 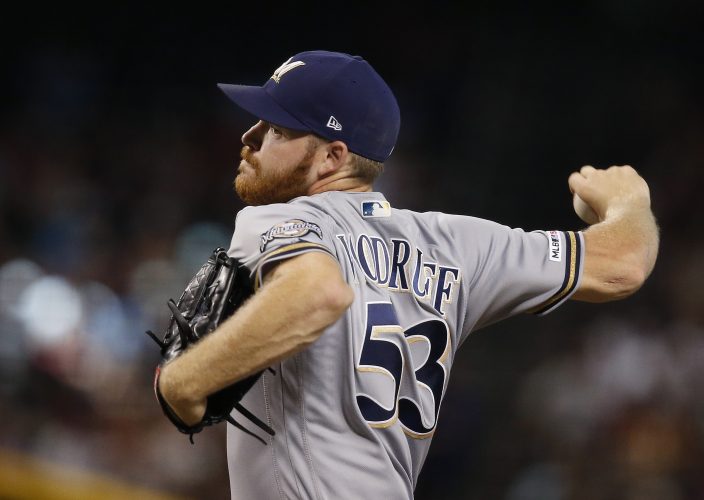 It's a matchup of American League division leaders and a potential playoff preview when the Yankees visit Minnesota. One day after turning 39, left-hander CC Sabathia (5-4) starts for New York against Martín Pérez (8-3). After a 7-3 homestand, the Yankees (64-34) have a nine-game cushion in the AL East over Tampa Bay. Meanwhile, the Twins (60-38) are three up on Cleveland in the AL Central.

HOW THE WEST IS WON

Michael Brantley and the AL West-leading Astros seek their sixth consecutive victory when they host second-place Oakland, which has won eight of 10. All-Star Gerrit Cole (10-5, 3.12 ERA) gets the ball for the Astros, who are 6½ games ahead of the Athletics. Cole struck out 11 and allowed one run in seven innings last time out against the Angels. Homer Bailey (8-6, 4.69) makes his second start for Oakland since coming over in a July 14 trade with the Royals. He beat Seattle in his A's debut last Wednesday.

Twins center fielder Byron Buxton could come off the seven-day concussion list and play against the Yankees. He worked out at Target Field on Sunday and was eligible to be activated, but stayed on the injured list. ... Brewers All-Star pitcher Brandon Woodruff exited his start Sunday at Arizona with a strained left oblique and is headed to the injured list. The right-hander is 11-3 with a 3.75 ERA.