America Ferrera and Eva Longoria are leading a coalition of actors, writers and leaders in penning a public "letter of solidarity" to U.S. Latinos in the wake of the mass shooting in El Paso, Texas, and an immigration raid in Mississippi.

The letter, published Friday in The New York Times and in a handful of Spanish-language newspapers, says the signers stand with U.S. Latinos who may feel "terrified, heartbroken and defeated by the barrage of attacks." It says such "indignities and cruelty" won't diminish the contributions Latinos have made to the U.S., and urges Hispanics to keep standing up to bigotry.

Latinos across the country have expressed anxiety after the El Paso shooting and another in Gilroy, California, claimed Hispanic victims. 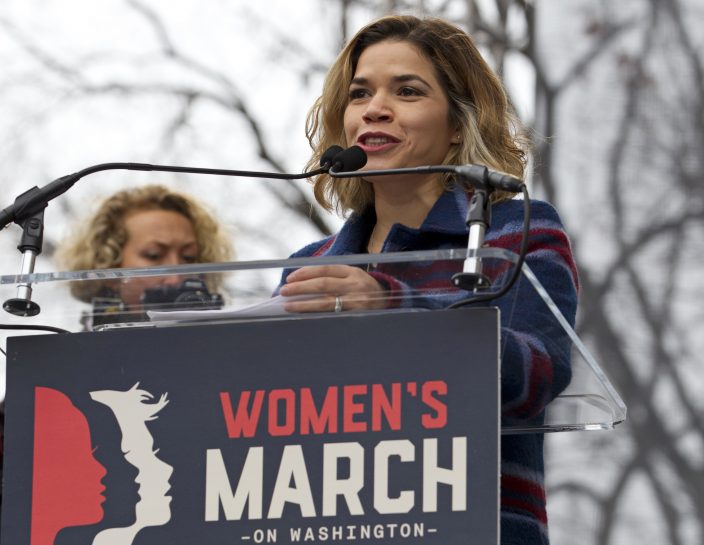 FILE - In this Jan. 21, 2017, file photo, actress America Ferrera speaks to the crowd during the women's march rally, in Washington. Ferrera and fellow actress Eva Longoria are leading a coalition of actors, writers and leaders who penned a public "letter of solidarity," Friday, Aug. 16, 2019, to U.S. Latinos in the wake of the El Paso, Texas, shooting and the immigration raid in Mississippi. (AP PhotoJose Luis Magana, File)

Another round of trade discussions ...