Robin Thede knew plenty of talented African-American female comedians, but only a few were getting hired on popular TV comedy shows such as "Saturday Night Live" and "Mad TV."

So, Thede decided to create her own show featuring some of the industry's funniest black women. The comic-writer-producer-actress is breaking new ground with her HBO comedy series "A Black Lady Sketch Show," which airs Friday nights. 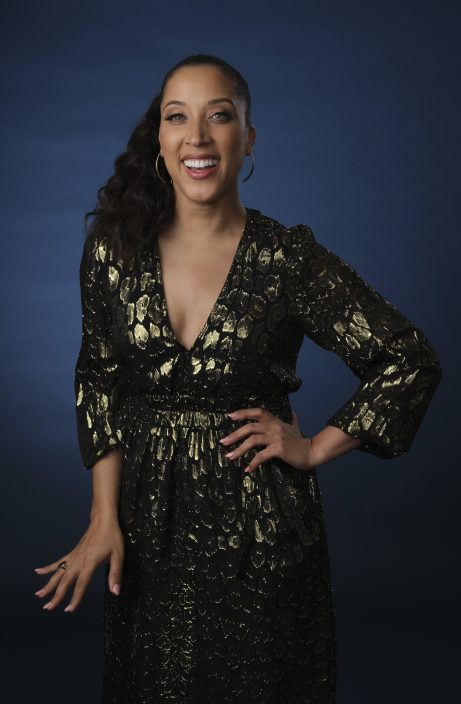 FILE - In this Wednesday, July 24, 2019, file photo, Robin Thede, the creator, star and executive producer of the HBO comedy series "A Black Lady Sketch Show," poses for a portrait during the 2019 Television Critics Association Summer Press Tour at the Beverly Hilton, in Beverly Hills, Calif. The six-episode series offers sketches written and performed by an all-black female cast. (Photo by Chris PizzelloInvisionAP, File)

"It's a culmination of a lifelong passion for sketch," said Thede, a co-producer of the series with Issa Rae, who also makes an appearance. "When black women do get on sketch shows, we really stand out. But there are only a handful of black women who have ever been on sketch shows. Why not stack the deck and put them on all at once on one show?"

Between each sketch, the four ladies huddle up inside an apartment after a mysterious apocalypse wiped out the rest of civilization. The cast plays more than 100 different characters in sketches exploring a variety of comedic story lines. There's an invisible plus-size black woman spy, for example, and sketches about ashy skin and unexpected marriage proposals.

That variety is the point, Thede said. 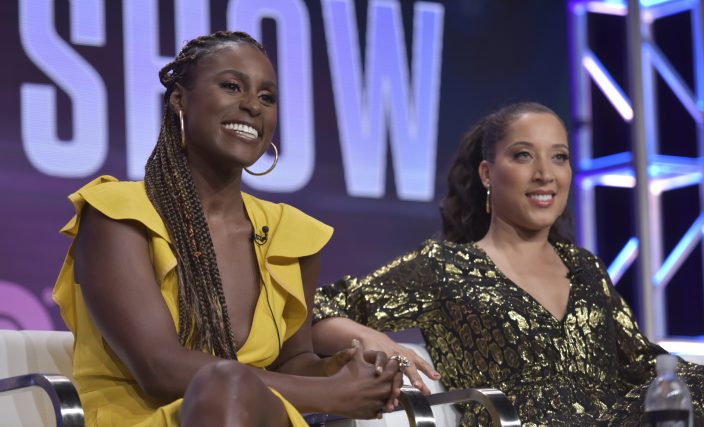 "I wanted to do a show that was challenging the views of black women in comedy for a lot of people and showing we can do anything. We can play men, women, aliens or whatever we want. It's all sorts of genres, styles and characters in this show," she said. "We've never seen black women like this before. ... In a way, this show is a love letter to black women."

Thede became the first female, African-American head writer of a late-night talk show in 2015, with "The Nightly Show with Larry Whitmore." She created and executive produced BET's late-night comedy series "The Rundown with Robin Thede," which was canceled after one season.

Shortly after that, Thede pitched the idea for "A Black Lady Sketch Show" to HBO. She said the network bought it "within minutes" after a dinner with her, Rae and executives.

"I never shot a pilot," she said, adding that the network's quick approval showed "how confident they were in me, the idea, and the partnership between me and Issa. It's one of those ideas that when people hear it, they go, 'Yeah, of course. Why not?' It feels like something we've been missing."

Thede said Black, Dennis and Brunson were "no-brainer" choices. They didn't audition for the roles, she said, because she already knew "what they brought to the table."

Dennis was a stand-up comedian early in her career before she starred in Netflix's Marvel's "Luke Cage" and as Whitney Houston in the BET miniseries "The Bobby Brown Story."

"No casting director would've brought me into this based on my body of work," she said. "I would not have come into someone's head for sketch. But you know luckily, how God places steps and pieces things of that nature along the way, this happened because Robin knew me from my days of sketch and stand-up. It's a full-circle moment. This gave me chills."

Black is an actress-comedian who won an Emmy Award in 2017 for her writing on TBS' "Full Frontal with Samantha Bee." Brunson was a social-media sensation before she starred on her own Facebook Watch series, "Quinta vs. Everything," and had recurring roles on ABC's "Single Parents" and CW's "iZombie."

Writing for "A Black Lady Sketch Show," Black said, gives her freedom to express herself like never before.

"As an actor, you are beholden to a lot of other people's wishes. You get a script, there's a director, and they have an idea of how they're going to use your body to tell a story," she said. "For me, it just was never good because I'm a plus-size black woman. No one really wanted to tell the story where I'm really happy. It was always like, your life is terrible. You're sad. There's a cake hiding in your fridge. That's every script I read. The first time I did sketch, I had a chance to write it. For this show, I get to be in charge of the entire utterance of how I'm being represented."

Thede was gratified by rave reviews after the first episode.

"I do everything to leave a legacy," she said. "I feel like this is going to be a big part of all our legacies. That will remain true whether one person watches or 100 million. We hope for the latter. But I think this is so revolutionary, because now it exists. It's cinematic. It's beautiful. We feel proud of it. My work is about what we leave behind, not what we take."

Over the Hill? Recovered lefty on track for Twins rotat ...

When the Minnesota Twins signed Ri ...

The Chicago Blackhawks say they wi ...