Seeking to end a humanitarian crisis, Spain says a Spanish rescue boat with 107 migrants in the southern Mediterranean can sail to Spain and disembark its passengers in Algeciras.

Italian Interior Minister Matteo Salvini on Sunday told the Open Arms ship to leave Italian waters and go to Spain. Salvini contends that Open Arms is anchored off the southern island of Lampedusa "just to provoke me and Italy."

The boat's crew says conditions on the ship are "miserable" 17 days since it rescued people off Libya. Six EU countries say they'll take the migrants in, but Salvini hasn't let the ship dock. 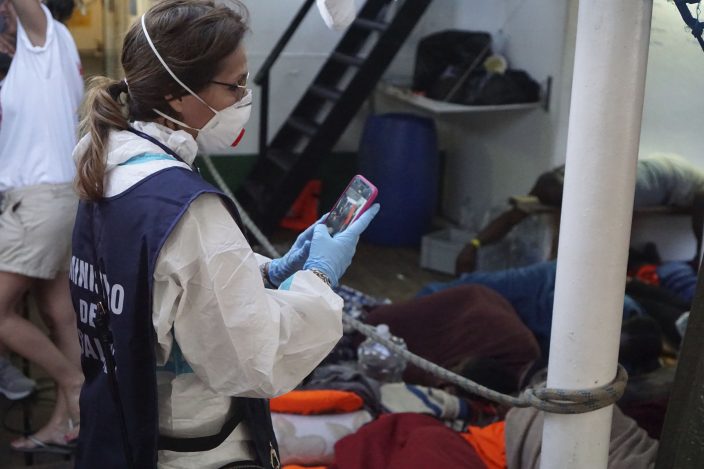 A Ministry of Health worker takes photos of migrants on the deck of the Open Arms Spanish humanitarian boat off the coast of the Sicilian island of Lampedusa, southern Italy, Sunday, Aug.18, 2019. (AP PhotoFrancisco Gentico)

The Open Arms didn't immediately say if would go to Spain, several days' sailing away. The group says Salvini is using the 107 migrants for "xenophobic and racist propaganda."

A death in Nicaraguan baseball puts pandemic in public ...

As the new coronavirus spread and ...