A day after manager Aaron Boone and two other Yankees were ejected for again ranting against umpires, it was a relatively quiet afternoon. Miffed by a strike three call against rookie Mike Ford, Boone merely threw his hands up and walked down the dugout steps without saying a word.

Freeman hit a three-run homer and a pair of doubles, Oscar Mercado homered and drove in three runs and Francisco Lindor also connected for Cleveland. 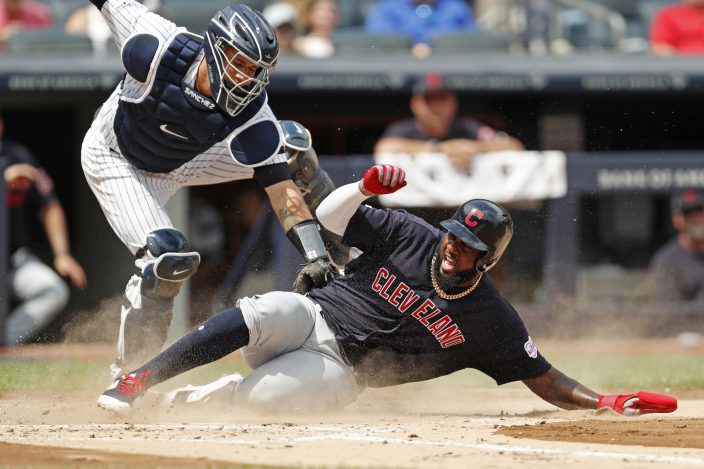 Cleveland Indians' catcher Roberto Perez, right, is safe at home as New York Yankees' catcher Gary Sanchez can't make the tag in time during the second inning of a baseball game, Sunday, Aug. 18, 2019, in New York. The play came when the Indians' Greg Allen grounded into a fielder's choice to the pitcher. (AP PhotoKathy Willens)

After giving up a pair of singles with one out in the third inning, the righty struck out Gary Sánchez to end the threat and then retired the next six hitters he faced over his last two innings.

CC Sabathia (5-7) came off the injured list after being out with knee tendinitis, and the Indians scored four times against him in the second. Greg Allen plated the first run of the game on a grounder and then Freeman, who started at third in place of José Ramírez, sent a drive into the Yankees bullpen for his fourth home run and a 4-0 lead. 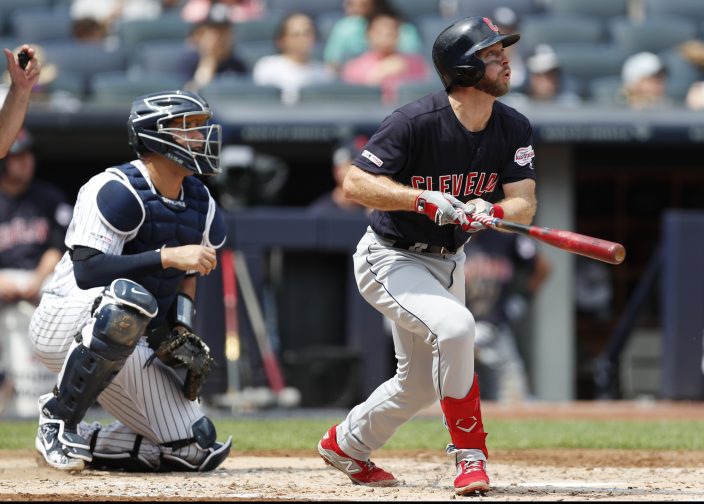 It was the Yankees veteran lefty's first start since July 27 before he was placed on the 10-day IL. Sabathia is 0-3 in his last five starts, and hasn't won a game since June 24 against Toronto.

Lindor hit 21st homer off Nestor Cortes Jr. in the fourth. Mercado increased the lead 6-0 with an RBI single in the sixth and added a two-run homer, his 10th, in the eighth to make it 8-2. 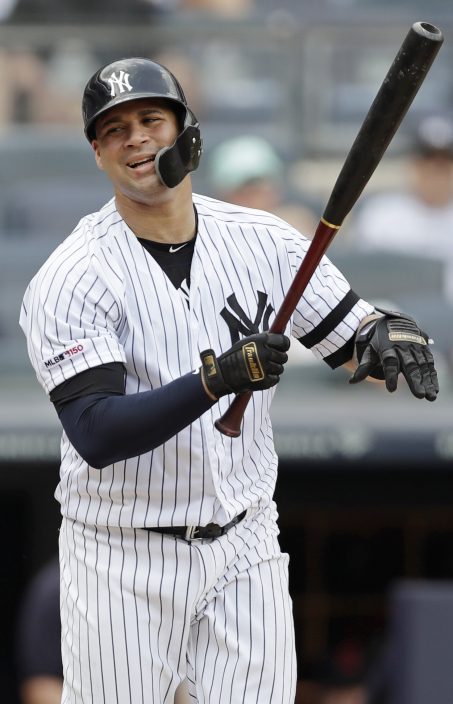 New York Yankees' Gary Sanchez reacts after striking out swinging with two runners on base during the second inning of a baseball game against the Cleveland Indians Sunday, Aug. 18, 2019, in New York. (AP PhotoKathy Willens)

New York's streak of 207 consecutive games without being shut out was in danger until DJ LeMahieu connected a two-run shot in the seventh. It was his 21st.

The Yankees cut the deficit to 8-4 on a pair of run-scoring hits from LeMahieu and Aaron Judge off reliever Brad Hand in the ninth before he struck out Didi Gregorius and got Gio Urshela to fly out to end it.

ON HIS WAY BACK 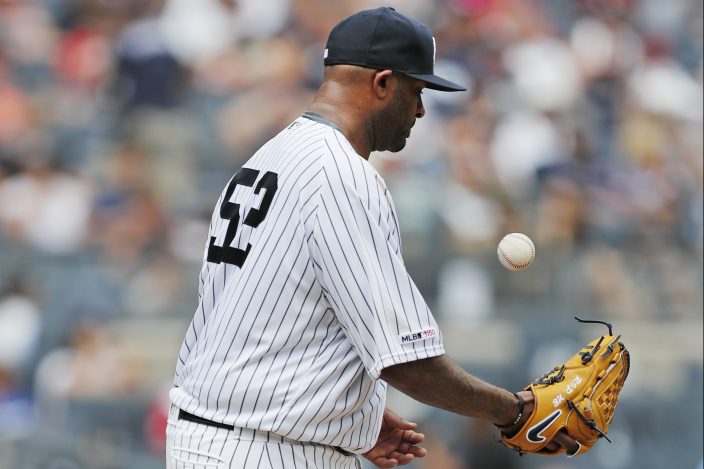 RHP Luis Severino (right shoulder inflammation) returned to the Yankee Stadium mound as part of his rehabilitation program and threw a 15-pitch simulated game with Yankees general manager Brian Cashman and Boone looking on. The 25-year-old, who is recuperating from an injured right rotator cuff, faced assistant hitting coach P.J. Pilittere, who hit a changeup back at him, and bullpen catcher Radley Hadaad shortly after going through a 25-pitch bullpen session.

"It's something different. You want to visualize the batters at home plate that way they can see what's going on," said Severino, who has not appeared in a game this season after going 19-8 in 2018.

"You're just not throwing at the mitt, they're out there looking, making swings. So right there you know the progress you're making, whether the pitches are moving," he said.

Severino, who suffered a lat muscle injury in spring training, will report to Tampa, Florida, this week to continue his rehab program and is expected to throw in another simulated game. He said he hopes to make a start in "high" Class A before moving on to Double-A.

"You can tell just talking to Sevy how good he feels and this has been building now for a while where he's starting to really start to gain some confidence in his mind about being sound, being sharp, being healthy and continuing to take these next steps," Boone said.

Indians: Shane Bieber (12-5, 3.27 ERA) continues Cleveland's week-long visit in New York City with the start of a three-game set at the New York Mets on Tuesday. The right-hander is 8-2 with a 2.77 ERA over 12 appearances on the road this season.

Yankees: New York opens up a nine-game, three-city road trip at Oakland on Tuesday with Domingo Germán (16-2, 3.96 ERA) on the mound for the first of three games. He is 7-0 in his last eight starts since coming off the injured list on July 3.