Pete Alonso hit his 40th home run to break the National League rookie record, capping a late outburst by the New York Mets in their 11-5 victory over the Kansas City Royals on Sunday.

Michael Conforto hit a long homer in the first inning and drove in four runs. Amed Rosario put the Mets ahead 6-4 with a two-run single in the seventh, and Alonso went deep in the ninth on an 0-2 pitch. He snapped a tie with Cody Bellinger, who launched 39 long balls for the Dodgers in 2017 on the way to winning Rookie of the Year honors.

Back in the thick of a crowded NL wild-card race thanks to a second-half surge, New York completed a 3-3 road trip and improved to 24-10 since the All-Star break. 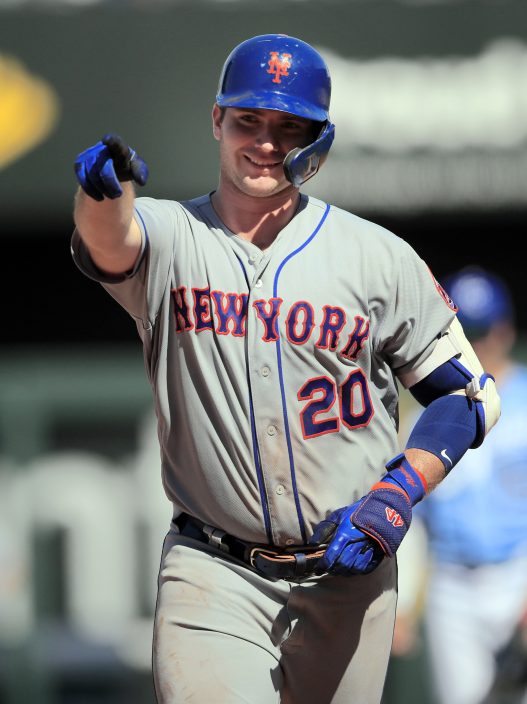 New York Mets' Pete Alonso points to fans after hitting his 40th home run of the season during the ninth inning of a baseball game against the Kansas City Royals at Kauffman Stadium in Kansas City, Mo., Sunday, Aug. 18, 2019. The Mets defeated the Royals 11-5. (AP PhotoOrlin Wagner)

Alonso also had an RBI double and scored three times during his second consecutive three-hit game. Rosario had three hits and three RBIs in the leadoff spot, and Joe Panik added three hits as the top four batters in the Mets' lineup combined to go 11 for 18 with nine RBIs and seven runs.

New York scored six times in the seventh to turn a 4-3 deficit into a 9-4 lead. J.D. Davis tied it with a pinch-hit RBI single and Rosario had the go-ahead single two batters later. Alonso, Conforto and Wilson Ramos added RBI base hits later in the inning.

New York battered Royals reliever Kevin McCarthy (2-2), who was charged with four runs in just one-third of an inning. 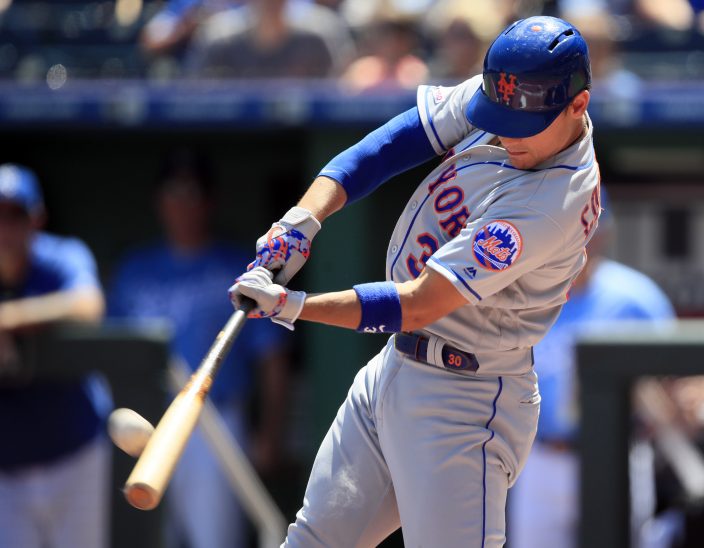 Jeurys Familia (4-1) got the win, throwing two innings and allowing one run.

Conforto put the Mets up 3-0 in the first, sending the first pitch he saw from starter Glenn Sparkman 452 feet to right field for his 25th home run.

Sparkman settled down after that to throw six solid innings. He set down 14 of his next 15 batters and pitched around a couple of one-out singles in the sixth. 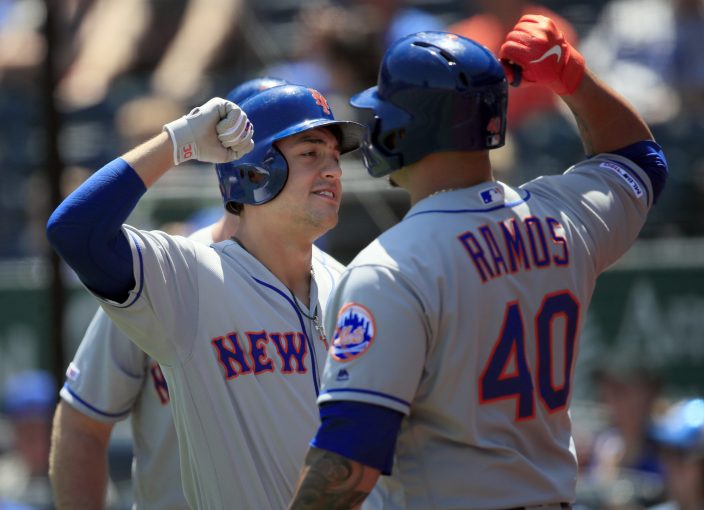 Mets starter Zack Wheeler didn't allow a hit through the first three innings, but things snowballed over the next two. He gave up four runs — three earned — on five hits in five innings and committed a costly throwing error in the fifth.

The Royals got one run back in the fourth on an RBI groundout by Ryan O'Hearn, then took the lead an inning later. Kansas City loaded the bases with nobody out and all three runners came around to score. Whit Merrifield had an RBI single in the inning. Nicky Lopez and Hunter Dozier also had RBIs.

Brett Phillips had his first two big league hits of the season, including a double in the seventh. He was 0 for 6 in his first two games of the year this weekend. 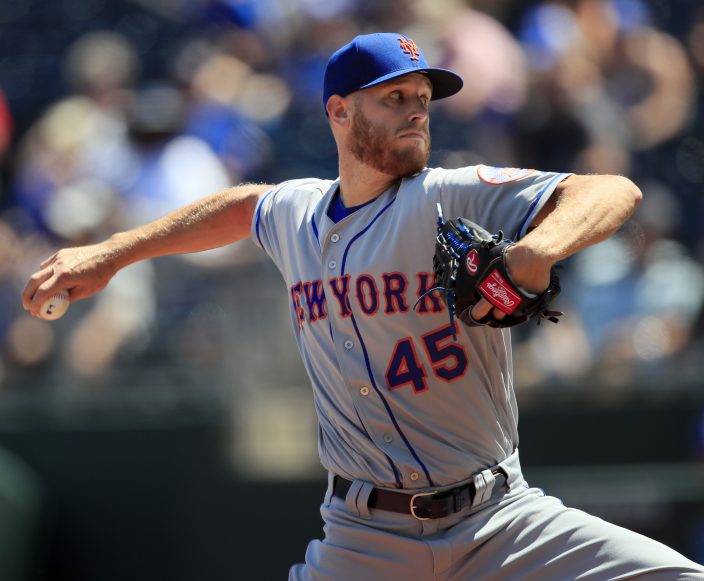 Mets catcher Tomás Nido snapped an 0-for-24 skid with a double in the seventh. ... Ramos singled in the seventh to extend his hitting streak to 13 games, tied for the longest active run in the majors with Cincinnati's Jose Iglesias. ... Rosario moved from shortstop to left field in the bottom of the seventh, his first major league appearance in the outfield. ... Cheslor Cuthbert went 0 for 4 for the Royals, matching Chad Kreuter's team record with his seventh straight 0-for-4 game. Cuthbert is hitless in 30 at-bats dating to Aug. 8. ... Kansas City is 1-10 in series rubber games this season and 1-24 dating to May 30, 2018. 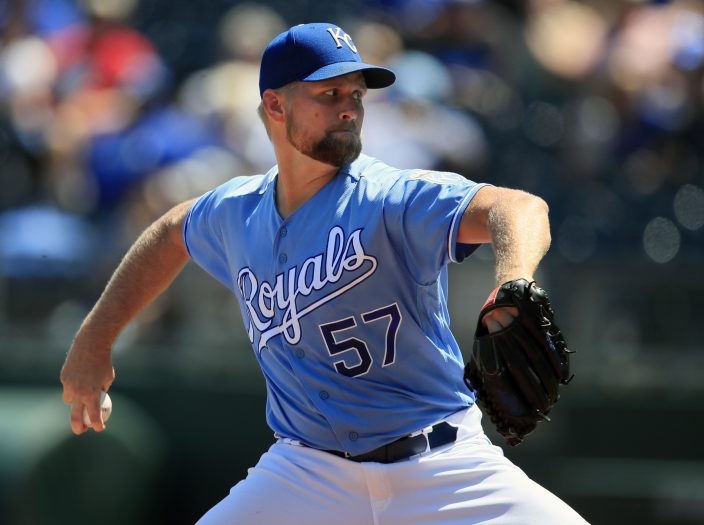 With an off day on Monday, the Mets decided to keep Davis out of the starting lineup for a second consecutive day as he nurses a sore calf. After his pinch-hit single, he went first to third on Nido's double but was then removed from the game. 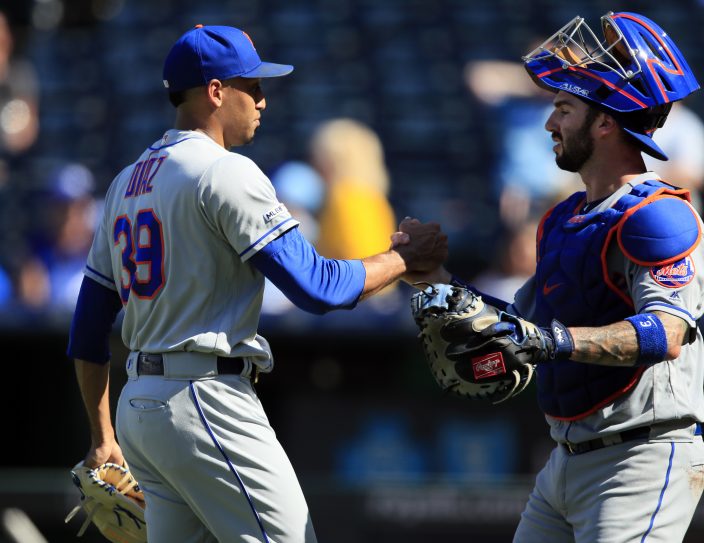 Royals: Head out of town for a seven-game trip beginning Monday night in Baltimore. Jorge Lopez (1-7) makes his 12th start of the season. 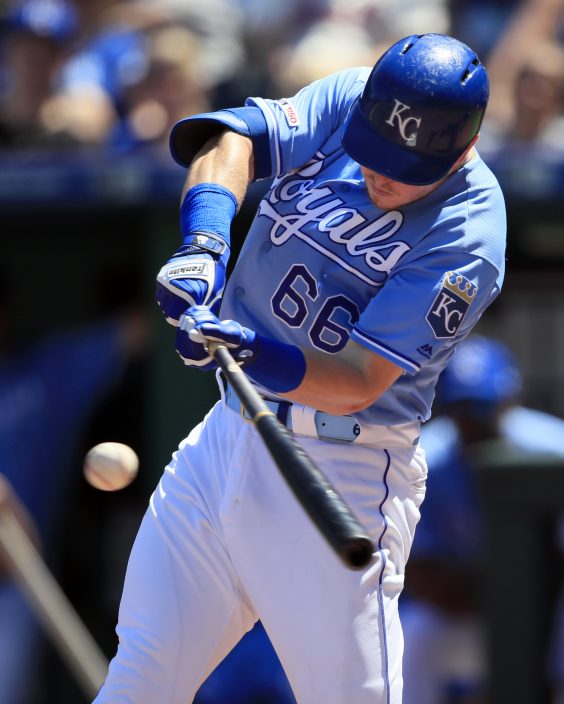 Kansas City Royals' Ryan O'Hearn grounds out on a fielder's choice during the fourth inning of a baseball game against the New York Mets at Kauffman Stadium in Kansas City, Mo., Sunday, Aug. 18, 2019. Royals' Hunter Dozier scored on the play. (AP PhotoOrlin Wagner)