Ogletree was 4 down early in the morning round of the 36-hole final at Pinehurst's renovated No. 4, but won four of the final seven holes on the No. 2 course to claim the championship matchup of 21-year-old college seniors. 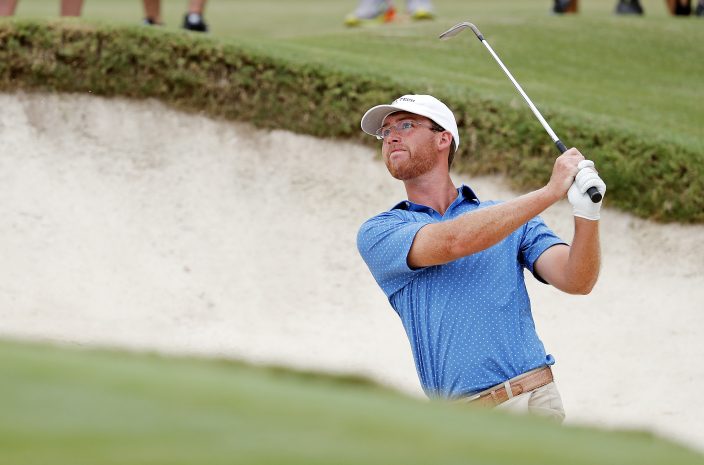 Andy Ogletree eyes his shot from a bunker during the final round against John Augenstein at the USGA Amateur Golf Championship at the Pinehurst Country Club , in Pinehurst, N.C, Sunday, Aug. 18, 2019, (AP PhotoKarl B DeBlaker)

Ogletree kept himself within striking distance and was never worse than 2 down during the afternoon round. He squared the match on the 13th hole after landing his second shot within 5 feet of the flagstick and tapping in for a birdie, then took the lead on the 14th after Augenstein pushed a short par putt wide left. 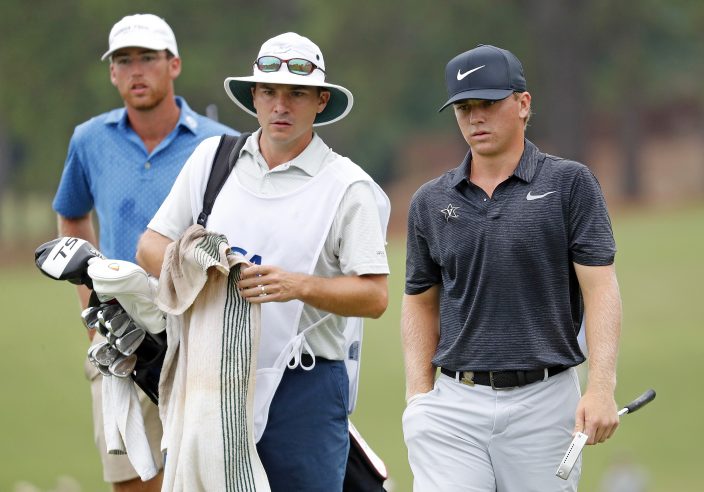 John Augenstein walks up to the green with his caddy during the final round against Andy Ogletree, at the USGA Amateur Golf Championship at the Pinehurst Country Club , in Pinehurst, N.C, Sunday, Aug. 18, 2019, (AP PhotoKarl B DeBlaker)

This was the first time the U.S. Amateur's final was split over two courses, finishing at No. 2, which has become a regular USGA championship host. Overlooking the 18th green is a statue of the late Payne Stewart marking his victory in the 1999 U.S. Open with a fist-pump.

During match play, neither of these players saw it very often.

Only one of Ogletree's matches reached the 18th while three ended on the 15th hole or earlier. For Augenstein, four of his first five matches were wrapped up by the 16th, and — until the final four holes of the final — the only time he trailed came on the third hole of his semifinal match with William Holcomb V. Holcomb's 1-up lead was gone a hole later. 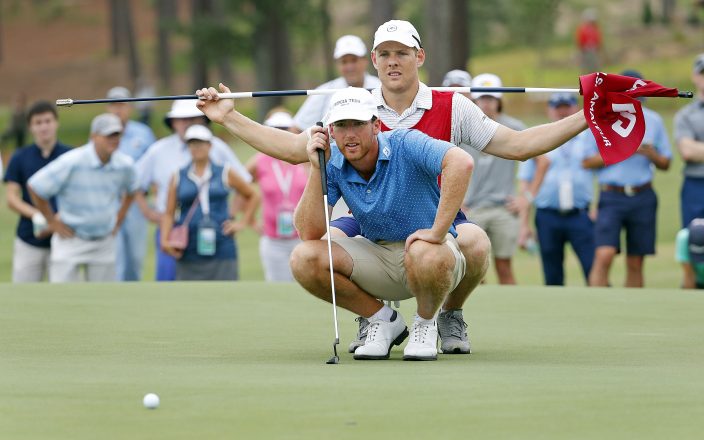 Andy Ogletree eyes his putt during the final round against John Augenstein at the USGA Amateur Golf Championship at the Pinehurst Country Club , in Pinehurst, N.C, Sunday, Aug. 18, 2019, (AP PhotoKarl B DeBlaker)

Early on, it looked as though this was Augenstein's match to lose. He went ahead 4 up during his hot start that included winning four straight holes and three birdies in a row on Nos. 3-5. Ogletree clawed back, finished the morning round at 2 down to begin his comeback.

English pubs reopen but little normal elsewhere in the ...

Pubs across England were reopening ...

Pubs and restaurants reopen in England as lockdown ease ...

England is embarking on Saturday o ...

Column: Rivalries in golf require more than a great year