Garrett Hampson hit a bases-loaded single in the bottom of the 10th inning, and the Colorado Rockies rallied to beat the Miami Marlins 7-6 on Sunday, completing a three-game sweep.

Nolan Arenado homered twice for Colorado, which has won four straight and swept a series for the first time since June 18-20.

The Rockies loaded the bases with no outs in the 10th against Jeff Brigham (2-2). Yonathan Daza had an infield single, Raimel Tapia reached on second baseman Isan Díaz's second error of the game and Ryan McMahon singled. 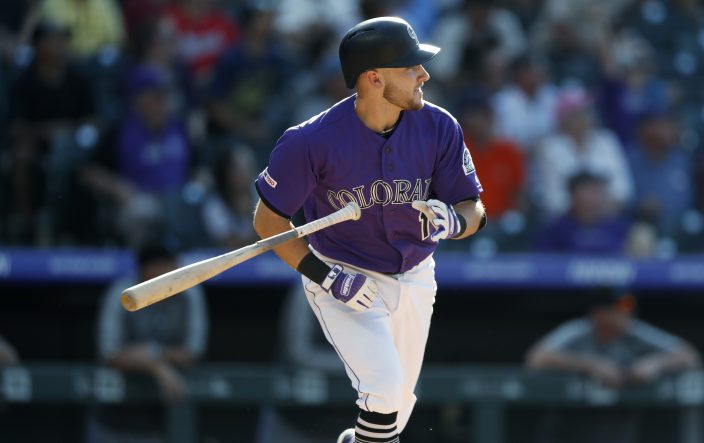 Arenado gave the Rockies a 4-3 lead in eighth inning with his 30th home run of the season, a two-run shot off of reliever Austin Brice. Colorado's Wade Davis, who moved back into the closer's role he lost to Scott Oberg two weeks ago, started the ninth by walking Jorge Alfaro. Lewis Brinson doubled and Neil Walker singled to tie it.

Carlos Estevez (2-2) came on and allowed a sacrifice fly and Brian Anderson's double, which gave Miami a 6-4 lead. But Díaz error in the bottom of the inning helped the Rockies tie it against Ryne Stanek. Charlie Blackmon's RBI single and a sacrifice fly by Trevor Story sent the game to extra innings. 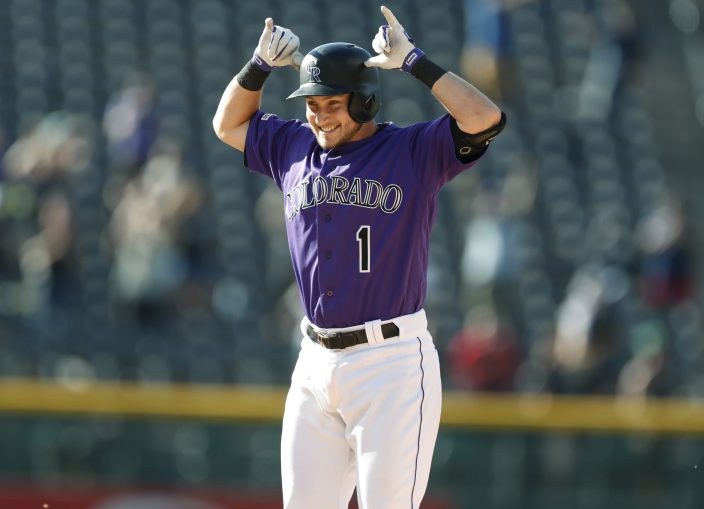 Blackmon hit his 26th homer in the sixth to cut the Marlins' lead to 3-2.

Harold Ramírez had three hits and two RBIs to help put the Marlins ahead. Starter Jordan Yamamoto struck out nine in 5 2/3 innings. 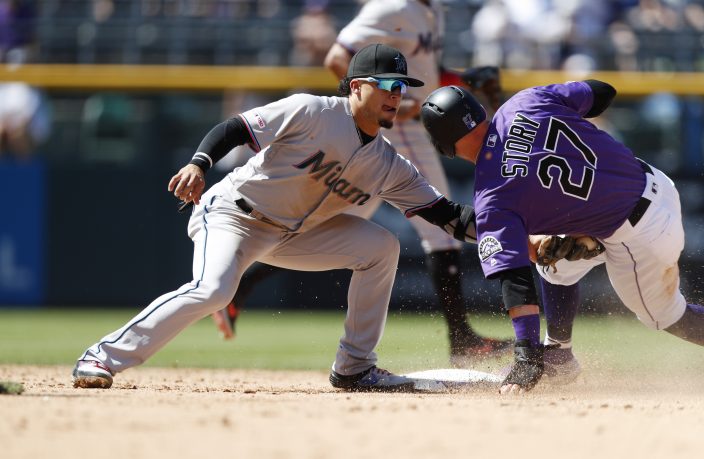 Rockies: RHP Oberg was placed on the 10-day injured list with a blood clot in his right arm. Oberg had a procedure to dissolve the clot at a hospital on Saturday and stayed overnight, manager Bud Black said. Colorado recalled RHP DJ Johnson from Triple-A Albuquerque.

Marlins: RHP Elieser Hernández (2-5, 5.40 ERA) will open a three-game series at Atlanta starting Tuesday. It will be his third start and eighth appearance against the Braves. 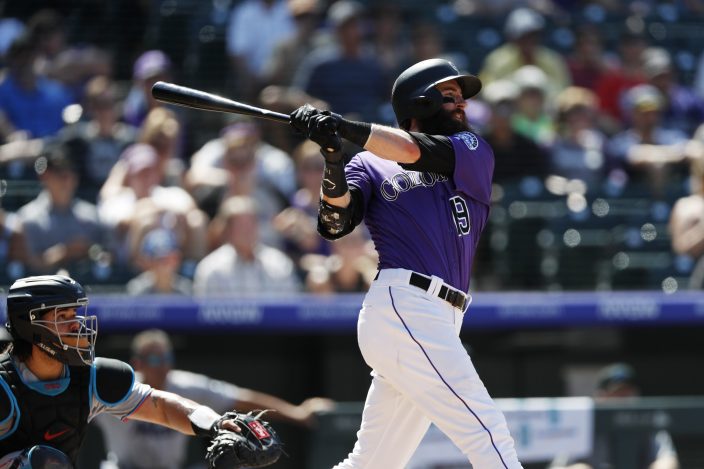 Rockies: RHP Chi Chi González (0-4, 6.57) takes the mound at Arizona on Monday for the start of a three-game series against the Diamondbacks. 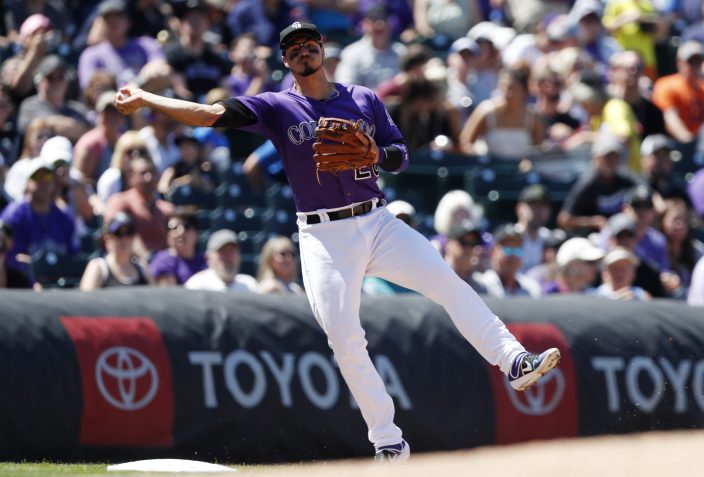 Colorado Rockies third baseman Nolan Arenado throws to first base to put out Miami Marlins' Lewis Brinson to end the top of the fourth inning of a baseball game Sunday, Aug. 18, 2019, in Denver. (AP PhotoDavid Zalubowski) 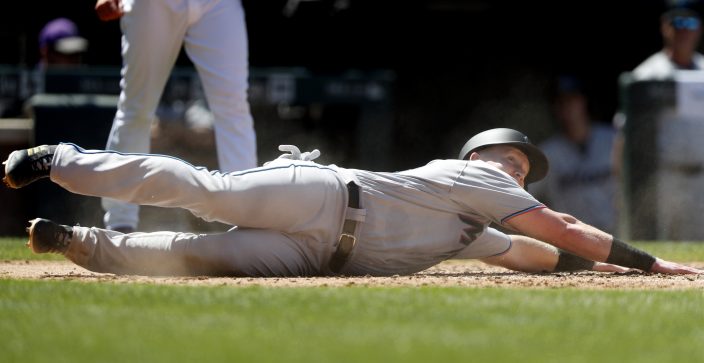